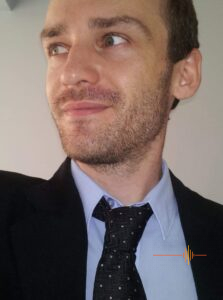 Matt is fresh blood to the tech review scene, but there’s a fair chance you’ve seen him commenting on any number of tech sites. He joins as the newest writer for DRN.

His first computer was a Commodore 64 / 128, which introduced him to gaming and ensured he spent the vast majority of my childhood trying to defeat his nemeses – the games ‘Thunderbirds’ and ‘Cavelon.’ To this day they remain the only games he has never completed despite his best efforts.

His background is in law enforcement, having worked with, or for a number of different agencies and departments at a Federal, State and Local level, which eventually saw him wind up as an employment relations investigator for a national company.

Which might lead you to wonder how he got involved in technology reviews. For that, we’d need to go back to his younger days when he was (in my spare time – I had lots of that before becoming a dad) acting as the administrator of a fan forum for a best-selling author.

The contacts he made in those days led him to meet Kevin, the Editor-in-Chief of DRN, and while he have yet to get Kevin’s long story over whiskey and tapas, he was given the opportunity to write his first reviews and venture into the tech space.

Unfortunately, unlike most of the other writers, he doesn’t use social media. But you should comment on DRN’s Facebook posts or on his articles and he’ll see them. He sees all.