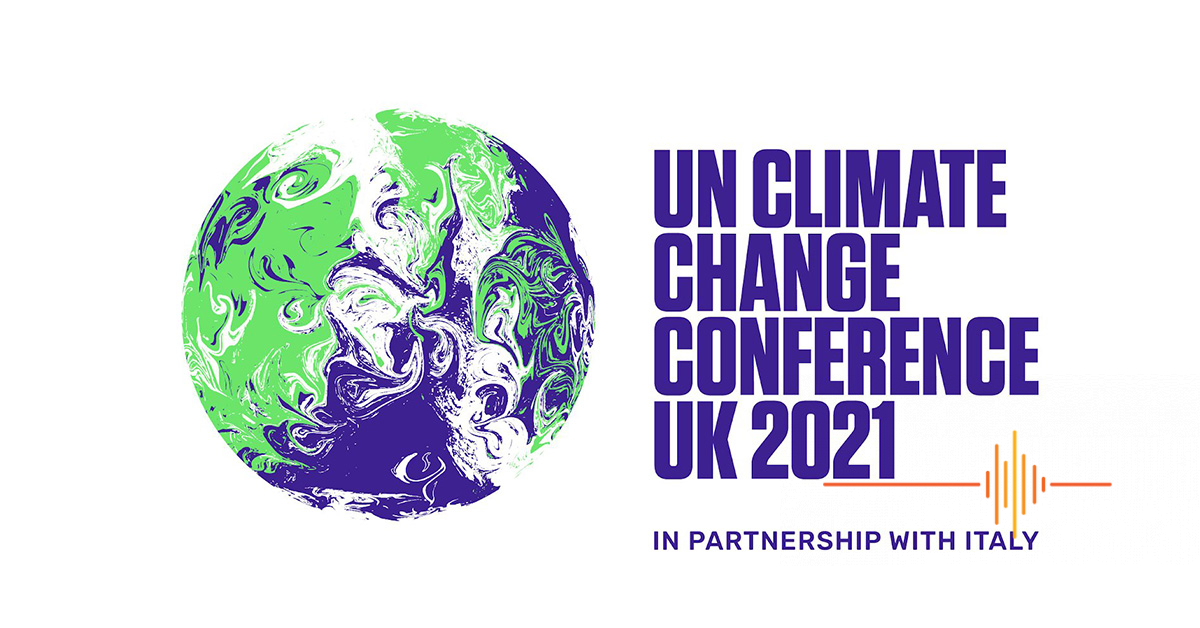 Epson announces the results of its Climate Reality Barometer to mark 50 days before the start of the 2021 United Nations Climate Change Conference (COP 26).

As the world gathers for COP26 in the United Kingdoms in November 2021, Epson’s Climate Reality Barometer captures global attitudes to a rapidly unfolding — and increasingly immediate — climate emergency. Surveying 15,264 people across 15 countries and three continents, the Barometer’s findings suggest a damaging gap between perception and reality.

Epson calls this the Climate Reality Deficit. Such a deficit presents challenges to globally coordinated responses: to tackle a problem effectively, we must first fully understand what that problem is. In expanding our knowledge, we can work to raise awareness, influence business decisions and inform policy makers — to focus attention on what really matters. 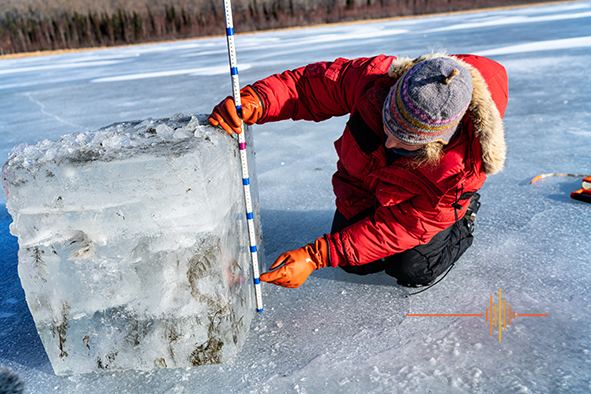 In August 2021 the Intergovernmental Panel on Climate Change (IPCC) reported that, even with massive emissions reductions, some climate change events could take millennia to reverse. Yet, the Epson Climate Reality Barometer discovers that close to half of all respondents (46%) state they are “very” or “somewhat” optimistic that we will be able to solve the climate crisis “within their lifetime”. This significantly outweighs just 27% who express that they are very or somewhat pessimistic.

Despite 2021 witnessing the warmest July ever recorded on the planet, catastrophic wildfires, floods and thawing permafrost, the Epson Climate Reality Barometer reveals that for some, optimism can tip over into delusion. One in 11 Americans and over three million Britons don’t believe in the climate crisis at all. These findings suggest a triumph of optimism over evidence and a damaging Climate Reality Deficit. The most popular reasons supporting this optimism are growing public awareness of climate change (32%), the ability of science and technology to provide solutions (28%) and the move towards renewable energies (19%).

One potential reason for this optimism could be that many of us fail to recognise the evidence of climate change when we see it. Predictably, given the current news agenda, the top three events most associated with climate change are:

Worryingly, many existential threats aren’t associated with climate change, making it harder to act effectively. The three events least linked to the climate emergency are:

It is clear that the scale of the climate challenge demands coordinated responses. Many, however, still believe action should come from elsewhere: over a quarter (27%) believe governments, and one in six that businesses (18%), are “most responsible” for tackling climate change — with one in 20 (5%) not believing in a climate emergency.

There is evidence, however, that the idea of personal and collective responsibility is widely held too. Encouragingly, 18% of respondents see individuals as “most responsible”, while just under a third (31%) believe that nobody has primary responsibility because action needs to be collective— with action incumbent on governments, businesses and individuals alike.

These findings beg a further question: in accepting that we all bear collective responsibility, what actions do we already, or are planning to, take to tackle climate change?

The Epson Climate Barometer discovers that here too there is a worrying Climate Reality Deficit. While transport generates between 20% and 25% of global carbon emissions, 16% of respondents don’t plan to reduce international business or leisure travel and just over one in eight will never switch to an electric vehicle (EV). With the UN reporting that meat and dairy production currently generates over 14% of global carbon emissions, astonishingly, a quarter of respondents’ state that they will never switch to a plant-based diet.

If we focus on those who will alter these behaviours: in total, 65% of people agree to/have already reduce international business and leisure travel – but a quarter have yet do so; 68% state they will/have move to EVs, but over half of those surveyed still haven’t made the switch; and while 58% agree to a plant-based diet, more than a quarter of all respondents are waiting to change. Progress is slow even if we look at purely personal choices, such as boycotting unsustainable brands: while 63% have done this/will do this, more than a third haven’t yet changed their shopping habits.

There is a clear disconnect between the scale of the emergency and individual action. 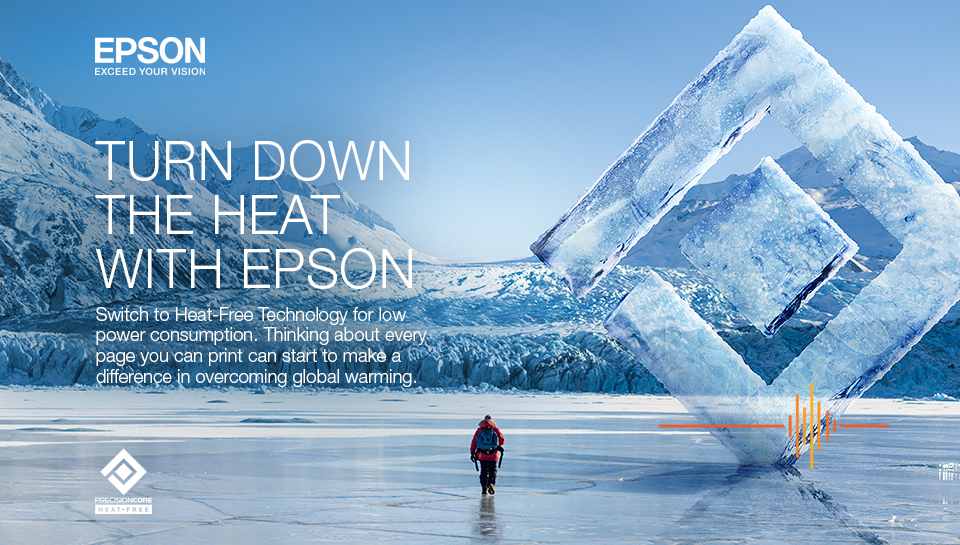 So what’s the feeling about all of this research in Australia?

In the past few months, it’s been reported that Australia has warmed on average by 1.4 degrees centigrade since national records began in 1910 (according to its science and weather agencies). This has led to an increase in the number of extreme heat events, as well as increased fire danger days (source).

Despite this, 37.7% of people surveyed as part of the Epson Climate Reality Barometer in Australia, are optimistic that we will avert a climate disaster in their lifetime. For those who are optimistic, this is driven most by the belief that people are more aware of climate change dangers (36.6%), effective government action (20.6%) and the opportunity to use science and technology to solve problems (19.6%).

On the other hand, 33.5% of Australians were pessimistic that we will avert a climate disaster in their lifetime. Those who are pessimistic are driven mostly by a feeling that there’s a lack of action (53.5%) and by a belief that people are not aware of climate change dangers (20.3%) – with 14% believing not switching to renewable energy sources link wind energy fast enough.

So, where we are today in Australia?

The top three events most associated with climate change in Australia were:

With the least recognised being:

So who should be acting in Australia?

Many in Australia, nearly a third (31.7%) of those surveyed, believe governments should be “most responsible” for tackling the climate emergency, and next are 11.7% who say business should – with one in 20 (4.9%) not believing in a climate change emergency.

There is evidence, however, that the idea of personal and collective responsibility is widely held too. Encouragingly, 12.6% of Australian respondents see that they are personally “most responsible”, while just over a third (36%) believe that we are all responsible — with action incumbent on governments, businesses and individuals alike.

In Australia, the top three actions people report that they are already doing, include:

At Epson, we understand that the threat of catastrophic climate change cannot be ignored — the time for sustainable technologies is now.

Businesses have a major role to play in coordinated global responses. It sees Epson commit to innovations such as Heat-Free technologies; and R&D in environmental technology, such as naturally derived, non-plastic materials. Further, Epson is part of the RE100 initiative, moving to 100% renewable electricity; works to close the resource loop through refurbishment and re-use; and engages in powerful partnerships, such as its work with National Geographic to protect permafrost.

In following this path, Epson aims to inspire and support businesses — both large and small— as they bring about the transformational change needed to tackle the climate emergency. The Epson Climate Reality Barometer and its discovery of the Climate Reality Deficit shows that there is a long way to go if we are to take the fundamental actions necessary to avert irreversible climate change. Greater understanding and collective endeavour, however, will enable and empower rapid action. Working together, Epson believes that we can all build a better future.

Epson Australia and New Zealand MD, Craig Heckenberg, said: “This is a wake-up call for everyone — governments, businesses and individuals — to work together, make the right decisions and inspire the right actions moving forward. One way in which Epson is helping to create a sustainable future for all of us is through our patented Heat-Free technology which uses up to 94% less energy when compared to an equivalent laser printer or copier. Heat-Free technology is already helping industries around the world move towards a more sustainable future and Epson is confident, with the support of our customers, that we can achieve the same result when it comes to printing.”

Companies can empower other businesses and consumers with sustainability supporting innovations. At Epson, as well as the use of highly energy efficient Heat-Free printing technology, the company has also made a significant R&D investment into environmental technologies such as naturally derived (non-plastic) materials.

Beyond product and materials innovation, businesses can make a big difference by promoting and demonstrating climate responsibility. Epson carries this forward by: transitioning to 100% renewable electricity and engaging with initiatives such as the RE100 renewable energy project; working to close the resource loop for example, by promoting product refurbishment and reuse; and engaging in high impact partnerships such as its work with National Geographic to promote protecting permafrost through the Turn Down the Heat Campaign.

So what’s next for Australia?

The Epson Climate Reality Barometer and its discovery of the Climate Reality Deficit shows that there is a long way to go if we are to take the fundamental actions necessary to avert irreversible climate change. Greater understanding and collective endeavour, however, will enable and empower rapid action.

Working together, Epson believes that we can all build a better future and the business reality is that the time to act is now.

The Climate Reality Barometer suggests that for many, climate crisis remains something that happens to someone else. As the global survey reveals that only 14% of respondents recognise big businesses as most responsible for tackling the climate emergency, and just 3% small companies. It also suggests that now is the time for companies of all sizes to play a bigger role.

Yasunori Ogawa, global president of Epson, commented: “The discovery of the Climate Reality Deficit shows that awareness coupled with action, will be critical to tackling the emergency. Epson’s goal is to bring this awareness and the technologies needed — by our company, other businesses and consumers — to action transformational change. Sustainability is central to our business plan and backed by significant resources — because while we know there is a long way to go, we believe we can build a better future.”