Gigaset gets into Android tablets with two models, including a Tegra 4 flagship

You likely won’t know Germany’s Gigaset unless you’ve bought one of its cordless phones, but you may want to take notice now that the company is launching its first tablets. Both the 8-inch QV830 and 10-inch QV1030 have relatively upscale aluminum shells and run stock Android 4.2, all the while targeting very different audiences. The QV1030 is the high-speed flagship with a 1.8GHz quad-core Tegra 4 processor, a 2,560 x 1,600 display, 16GB of expandable storage and both 8-megapixel rear as well as 1.2-megapixel front cameras. The QV830 aims at a more frugal crowd with its 1.2GHz quad-core MediaTek chip, 1,024 x 768 screen, 8GB of expandable storage, 5-megapixel rear camera and 1.2-megapixel front shooter. Both slates should reach Germany in early December, starting at €199 ($271) for the QV830 and jumping to €369 ($502) for the QV1030. There’s no word of an American launch, although we’re not counting on it when Gigaset doesn’t have much of a footprint in the US. 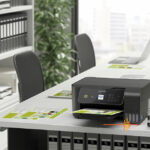