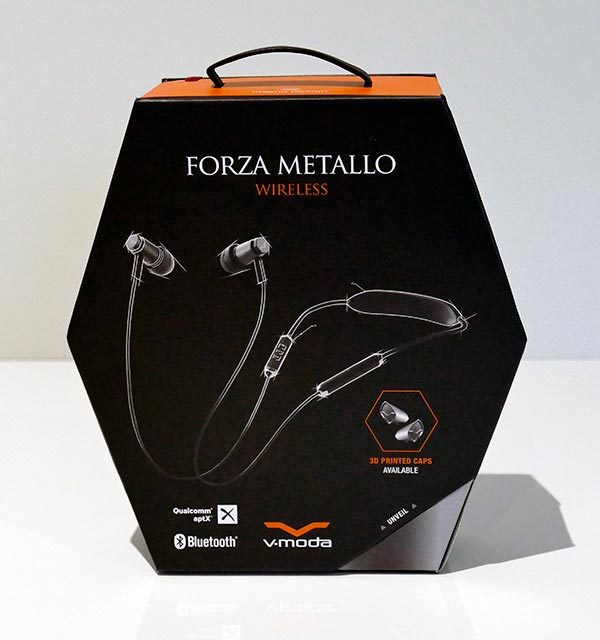 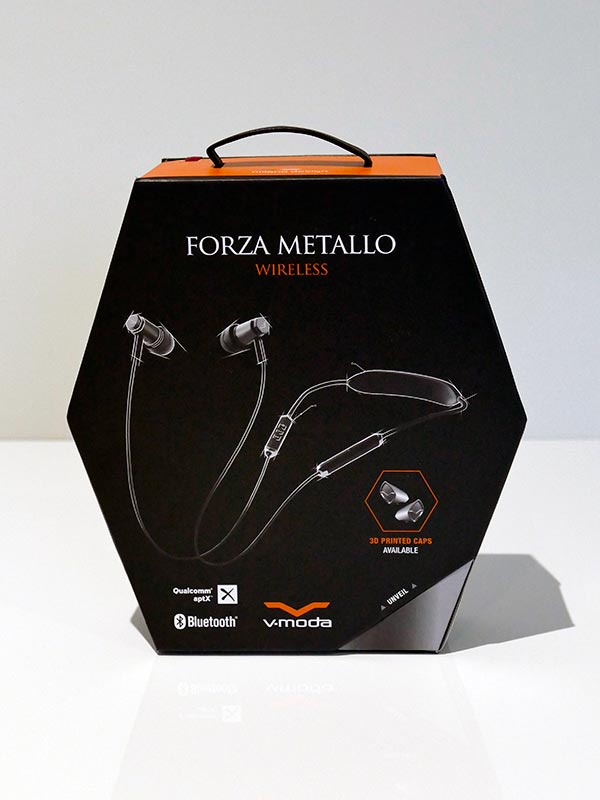 With Apple unlikely to reinstate the 3.5mm headphone port on its upcoming iPhone 8, wireless headphones are in.

Read on as we take a look at how V-Moda’s Forza Metallo Wireless Bluetooth earphones make a stake for your cash.

V-Moda’s Forza Metallo Wireless earphones build on the Forza Metallo wired variants, featuring the same in ear monitor design and “neodymium” drivers. Of course, as Dr. Sheldon Cooper so succinctly put it, “Everything is better with Bluetooth.” 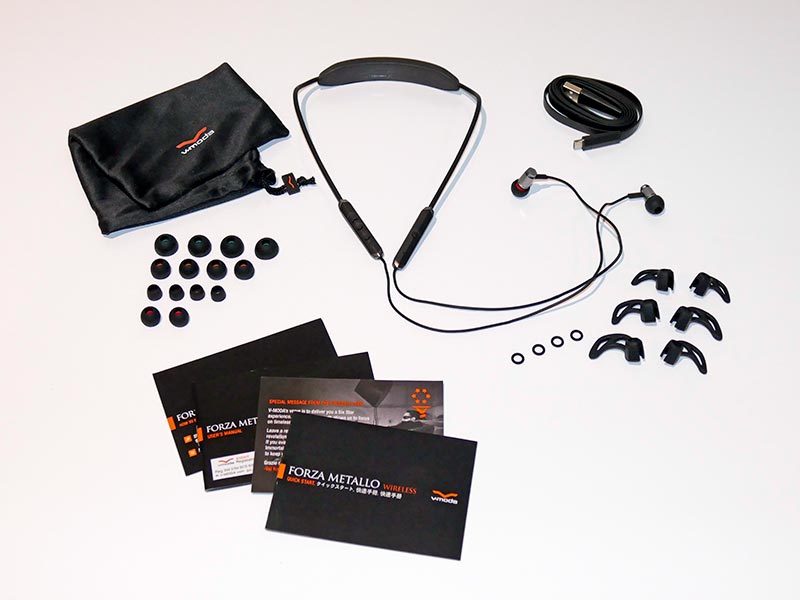 The Forza Metallo Wireless earphones come packaged in an irregular hexagon package with everything you need to start listening to your favourite tunes.

A flat style USB charging cable is also included as are a user manual, quick start guide and a note on sealing the USB lid correctly. Rounding out the package is a Warranty card and an introduction to the 50% Immortal Life program.

The 50% Immortal Life Program is V-Moda’s way of really standing behind their product. Not only does V-Moda offer a 60-Day Test Drive Guarantee and one year warranty but should something happen (accidental or otherwise) to your Forza Metallo Wireless earphones, V-Moda will give you 50% off a replacement pair. For life!

According to V-Moda, the hexagonal IEMs themselves are made from aircraft-grade CNC forged material. The gunmetal grey sample we received certainly looked and felt great. While maintaining a very minimalistic design, a small groove for fitting custom 3D caps is located near the outer edge of each IEM. This groove can be optionally filled with the included RemixRings or as an optional upgrade, V-Moda allows you to add custom caps to the Forza Metallo Wireless headphones. 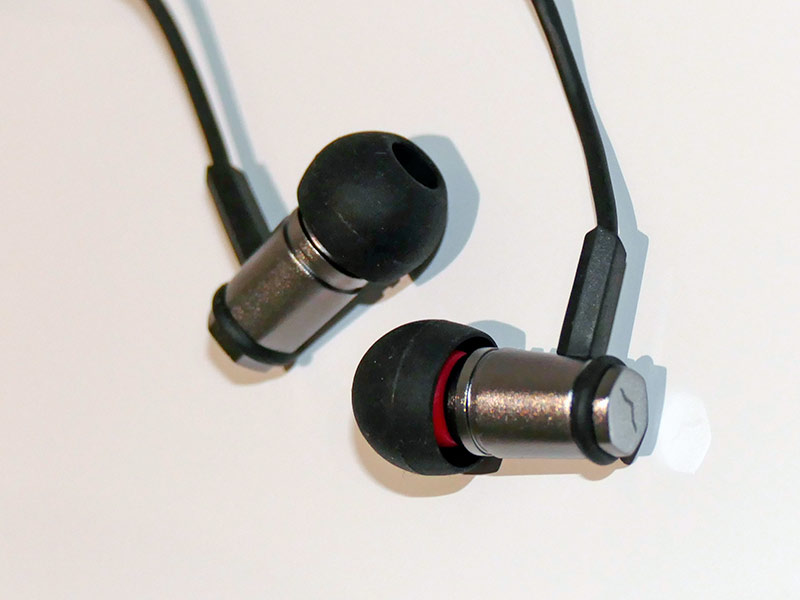 While not immediately noticeable V-Moda have kept the hexagonal theme throughout – even the small black tubing protecting the point at which the cabling and IEM meet is neatly six sided!

The two control units are tipped with gunmetal trims which neatly match the metal IEMs. These control units are in turn connected via a thicker 12cm cable to the V-Moda branded curved neck battery which measures 9.5 x 1.6 x 0.8cm.

The bottom right side of the neck battery has a small slide out panel which reveals the micro USB charging port.

Overall, the build quality is quite good, with tight seams and good quality materials used throughout.

Over the course of our review, we used the Forza Metallo Wireless earphones with a number of iOS, Android and macOS devices. Pairing to the devices was as easy as a long press of the power button on the left controller. The Metallos paired with all devices without issue and kept the last two paired devices in memory for easy listening. 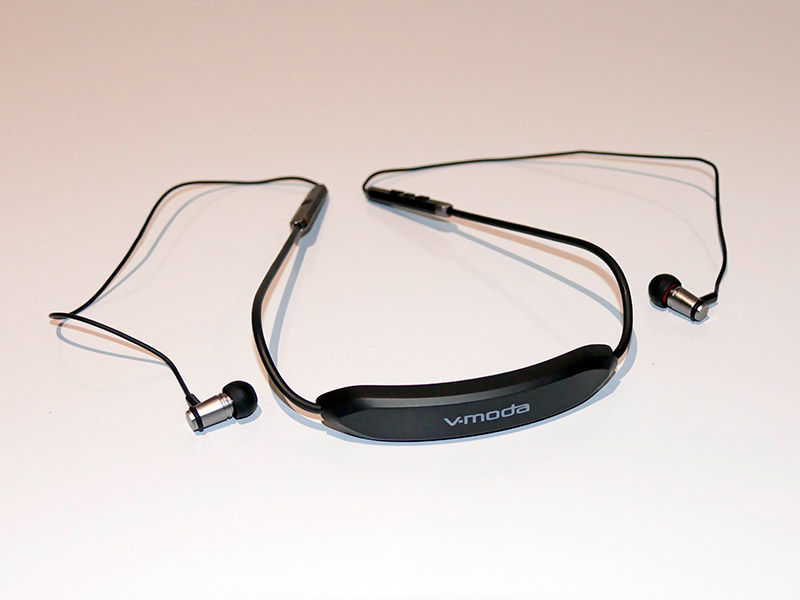 Using the right controller for volume, and play/pause was effortless, although for the first few days we were gently feeling our way to work out which controller had which controls. Thankfully, the buttons are quite tactile and the three button volume+play/pause controller felt very different to the single power button.

Along with playing and pausing music, the middle button on the right controller also allowed the nearly standardised skip forward a track by double pressing and skipping back a track via a triple press. Android’s “Ok Google” and Apple’s Siri could also be invoked by pressing the play/pause button down for a solid three seconds. This middle button was also able to be used to answer calls via a press or via a short hold, ignore a call.

During phone calls, the two noise cancelling microphones (one on each controller) resulted in what callers described as “very clear” and “excellent” sound. The calls sounded great from the Metallo end also and we were very impressed with the quality and their general ease of use. Something that we particularly liked was the call vibration feature – when an incoming call sounded, the neck battery gave a strong vibration to announce the call.

It is worth mentioning that the neck battery and what V-Moda calls their “Traplock Titanium Ergonimic Neckband” was extremely comfortable to wear both under collars or on bear skin. After a while, the Metallos just became part of our clothing and other than the sound pumping through the earphones, were quite unnoticeable.

Which brings us to the crux of the matter: The sound. Having small ear holes we settled with the second smallest (red) tips. These provided excellent sound quality and really let the Metallos show their, err.. mettle. 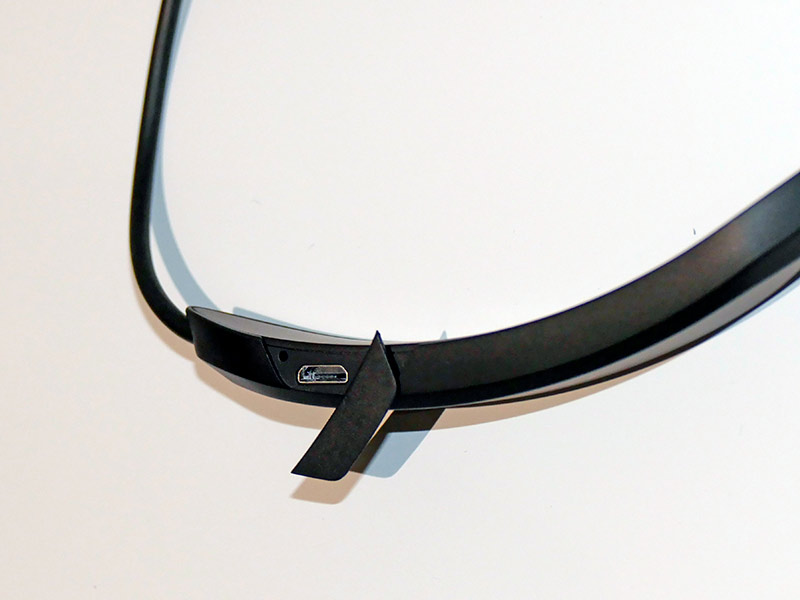 Bass response was good with relatively crisp mids and highs. While the aptX audio codec kept things sounding crisp, we have to say the wired Sphere’s we reviewed earlier did have the Metallos beat in pure sonic sharpness.

Despite this, the Metallos pumped out a good solid sound. We tried a variety of tracks and all sounded quite pleasing to the ear. David Bowie’s punchy I’m Afraid of Americans was both gritty and full, scraping its way to completion while Lily Allen’s The Fear was suitably sugary with clear vocals and rich boppy sound.

AC/DC’s Thunderstruck was well defined and the Metallos carried the maniacal background guitar nicely throughout. 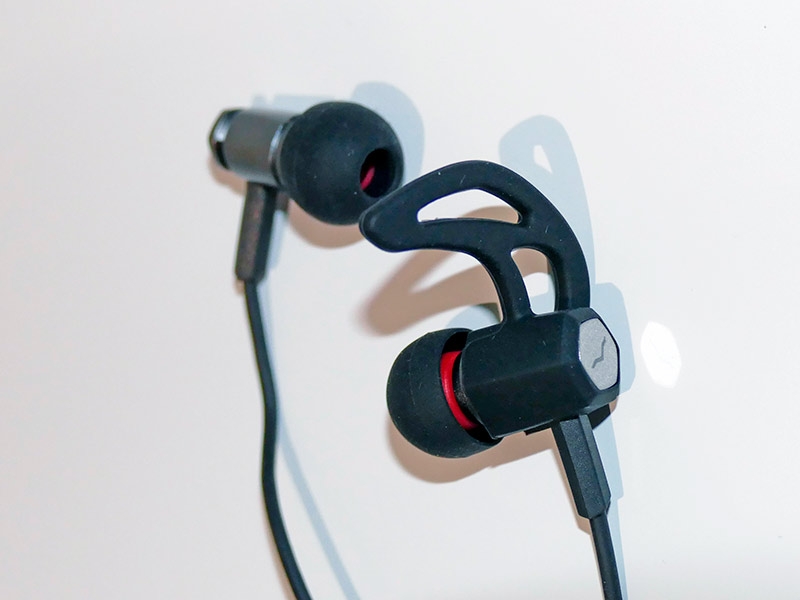 While we liked the sound overall, the high’s were noticeably less pronounced and clear than the Sphere’s, which lets be honest, were borderline ridiculous in their cripsness. The bass was spot on however and even the bass heavy tracks from the Beastie’s Hot Sauce Committee Part Two rumbled along approvingly.

Bluetooth range and reliability was good with no noticeable drop outs or quirks provided the playback device was within the recommended ten metres of the Metallos.

Over the course of testing we found the battery life to be roughly in line with V-Moda’s 10 hours of playback claims. Charging from empty took just under an hour and a half which was quite reasonable and beyond this V-Moda has included a fifteen minute fast charge, which gives the Metallos a handy few hours of listening if you’re in a pinch.

The included drawstring pouch seemed a little small at first but with a quick bend, the Metallos compacted down nicely and fit without a problem. Despite this, as the Metallos were so unobtrusive and comfortable, we got into the habit of keeping them hanging loose in between listening sessions. 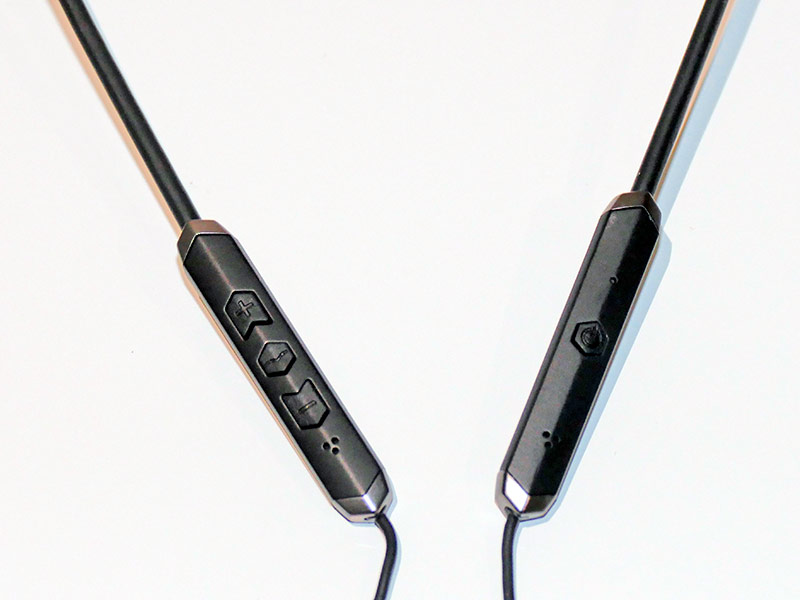 The Forza Metallo Wireless earphones are a well designed and competent listening experience. The design is purposeful and the build is solid. The sound too is good with extended listening resulting in both high levels of physical comfort, ease of use and a pleasing sonic performance.

The Forza Metallo Wireless earphones are available now from $170USD.