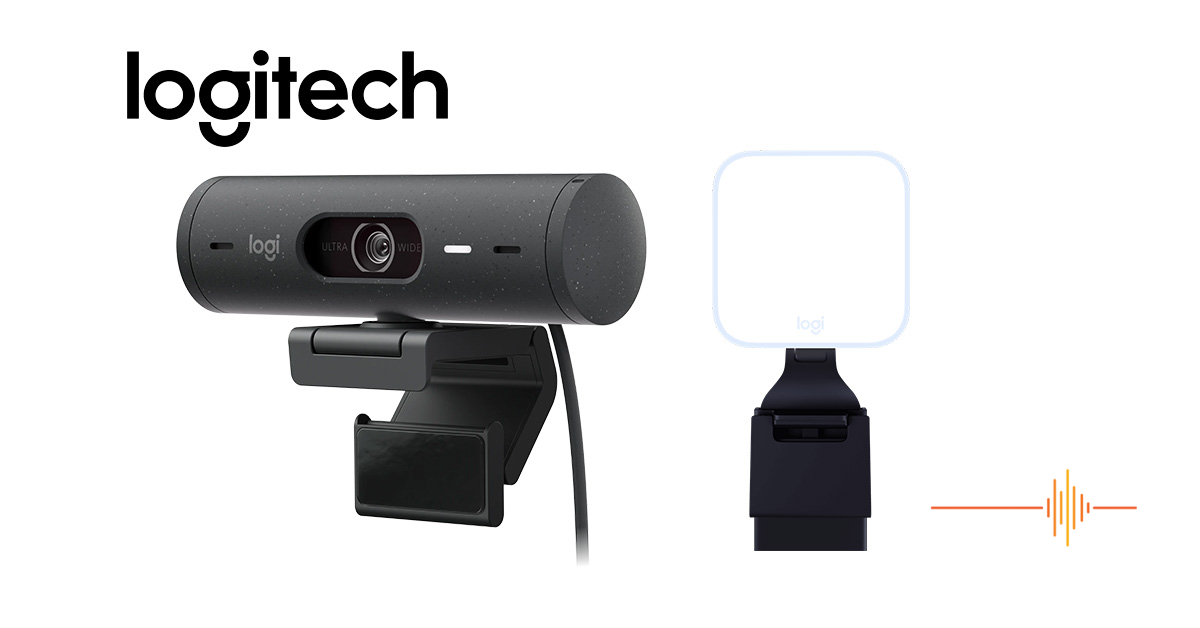 Students in my classroom, like children all across the world, are obsessed with the idea of becoming influencers and getting famous online. They are desperate to ‘create content’ and ‘go viral’, which seems like a terrible idea in the age of COVID. Last year, we created a short film where they saved the school from being burned down using superpowers.

This year, I asked the editors of DRN if they could send through a device that could enhance the camera and microphone of their hardy but basic chromebooks so they could write and direct their own films independently. He sent me the Logitech Brio 500 webcam and the Litra Glow Premium LED Streaming Light.

I’m not new to the practice of creating and streaming content and was an actor and content creator for several years before I entered the classroom. However, I’ve always used dedicated cameras and microphones. The last time I can remember using a webcam was in the early 2000s to make video calls on MSN Messenger. I was immediately interested to see if a moderately priced webcam and streaming light could sufficiently surpass the quality of inbuilt webcams or phone cameras. 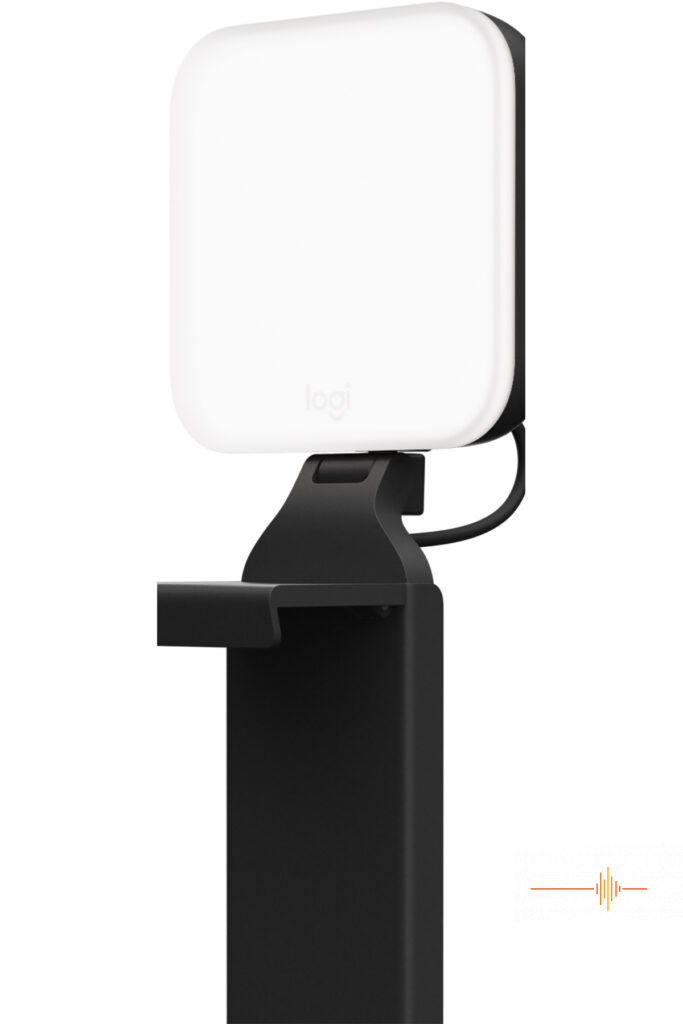 I really like minimalism in my tech packaging and it’s clear that a lot of thought was put into the way these two products were displayed.

The Brio 500 was boxed like a tiny digital camera with multiple layers of spongy and stiff cardboard holding it in place. It comes in two pieces with the USB-C cord permanently attached to the camera section and the stand wrapped separately. Putting it together is extremely intuitive as visual instructions are clearly printed on the inside of the lid and the stand magnetically connects effortlessly to the camera. The camera stand uses an adhesive to attach to the back of the computer monitor/display. There’s also a really great spring loaded privacy shutter on the side that is easy to manipulate without affecting the camera’s position. Very satisfying to flick on and off and an important addition in this day and age. 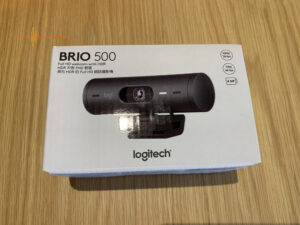 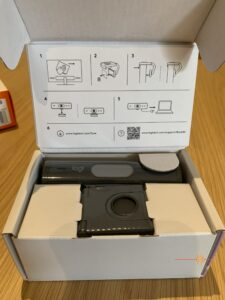 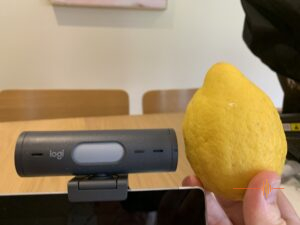 One drawback I noticed early on was that the camera is very loose when adjusting horizontally (as it swivels on its magnetic base). It can be easily jogged out of position if I knock the computer display. Alternatively the vertical adjustment is quite stiff and can confidently be relied on to hold its position. However, if you are someone who needs to regularly adjust the position of the camera, you would need to be very careful to not accidentally detach the adhesive element from the monitor with the force required to move it. The adhesive fixture itself is also a drawback as I had intended to use this camera with multiple computers. Looking around online I notice that this is not a universal feature of webcams and I wonder why this was incorporated into the design of this camera.

As for the Logitech Litra Glow, the box feels a bit more flimsy to the touch but on the inside it is clear to see that careful attention has been paid to ensure the device is well protected. Unlike the Brio, the cord is separate to the device and the device comes fully assembled and ready to attach to your computer. The Litra Glow is both highly and easily adjustable and can be shifted on three axes. It has a horizontal and vertical tilt and can be extended from directly above the monitor to stand about 10 cm above it. The Litra Glow has controls on the back that allow you to turn it on and off, change the brightness and the warmth of the colour manually. 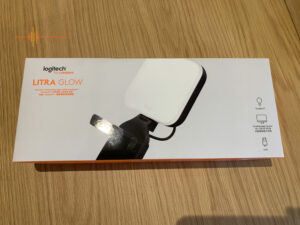 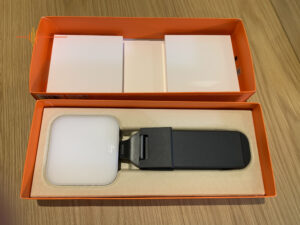 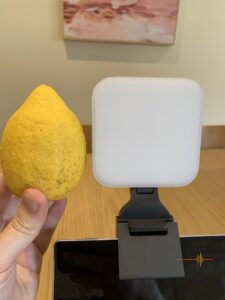 For both products, setup was a piece of cake. Both the Litra Glow and the Brio 500 come with dedicated software that you can download from the Logitech website but both can also be plugged in and used without it.

As soon as I plugged in the Brio to my computer it appeared in my camera device list. This was true for both my MacBook Air and my HP Laptop. I downloaded the software supplied with the device, ‘LogiTune’, and was offered a firmware update where it was clear they had made several important improvements. I’d be surprised if other webcams were as well supported as the Brio seemed to be. The software itself is also quite comprehensive. It offers a range of great functions like ‘RightSight’ which automatically moves the lens and adjusts the zoom to ensure multiple people are kept in focus. It also offers auto or manual white balance, focus and exposure, as well as anti-flicker functions and the capacity to shoot in HDR at both 720p or 1080p. Finally, there are a few filters that I know my students will appreciate. Any changes you make to the settings in this program then apply to any program using the camera so my students can take the time and get the settings right before recording directly into the film editing programs I have installed on their devices.

The Litra Glow didn’t appear on any device lists but can be easily manually adjusted using the buttons on the back. Its associated software, ‘Logitech G Hub’, didn’t really add a lot of functionality to the device. It offers some colour and brightness presets ranging from ‘Bright Cool Blue’ to ‘Bright Warm Candlelight’ and allows you to drag sliders to the colour temperature (in Kelvin) and brightness percentage you want. Ultimately though, I can’t think of any other adjustments I could want to make with it and am satisfied that the program is comprehensive. 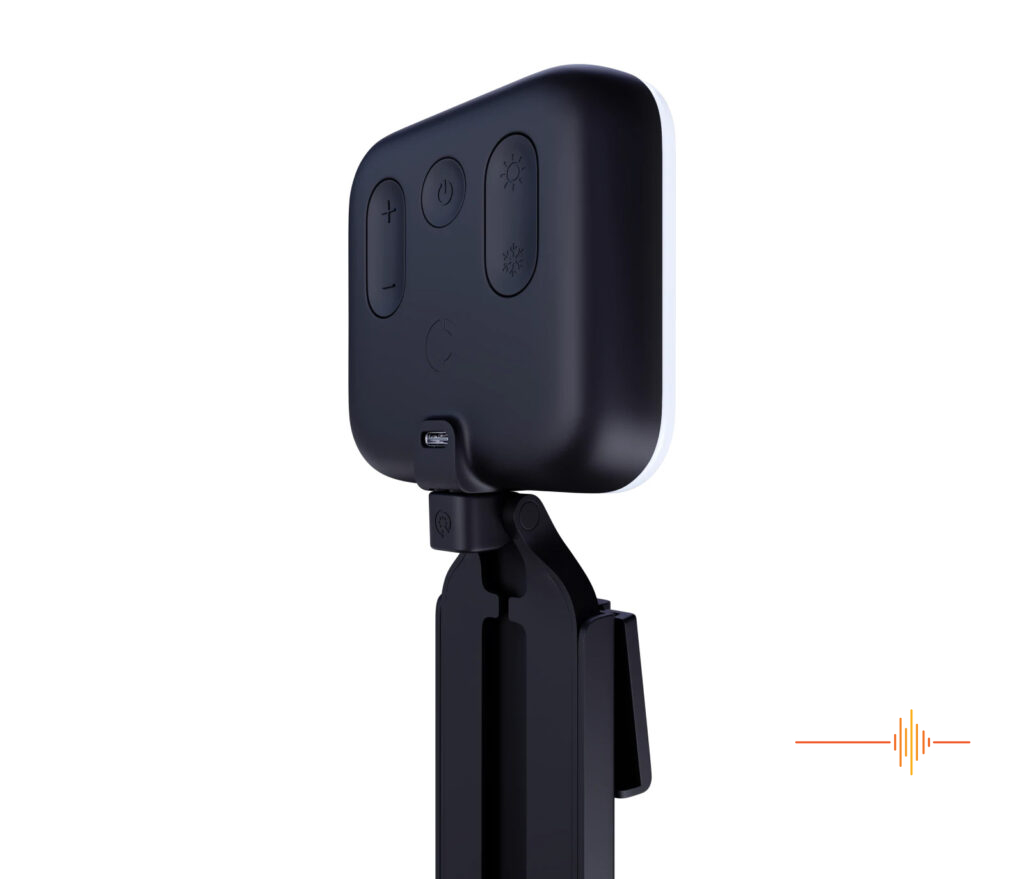 It turns out that I grossly underestimated what webcams are capable of and overestimated the quality of built in laptop cameras. No matter how badly I fiddled with the settings of the Brio 500 webcam or the lighting in the room, the Brio 500 always provided me with a sharp, perfectly focussed, high quality image. I have three laptops and the best possible image they provided was so grainy and blurry in comparison that I now feel guilty for my students’ remote learning experiences. See the examples below. 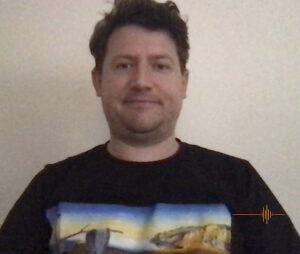 I’ve provided some images below demonstrating some of the functions along with some images from my iPhone camera. It’s pretty clear that the quality of the image and adjustable features and functions surpasses my iPhone camera and it will be the camera I use this year for creating film with my students. 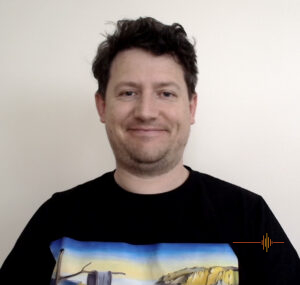 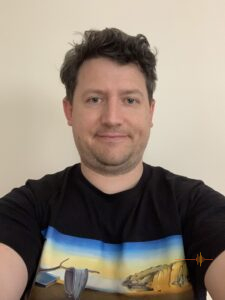 The inbuilt microphone is also of extremely high quality. The Brio 500 is equipped with dual microphones and features noise reduction software that seems to amplify voice sounds while reducing background noise. I have construction going on next to my house and even when I whispered from the other end of the room my voice came through clearly. Like the camera, the quality of the microphone in the Brio 500 so outclassed that standard of my phone and laptop microphones that I felt silly for comparing them.

As for the Litra Glow, it’s just a great light. I attached photos I took using the Brio 500 below. The brightness goes from barely visible to blinding and I can see how having that much control over the colour warmth will be really useful for content creators. My wife has much darker skin than I do and she was particularly impressed with this device’s ability to augment her appearance on camera. 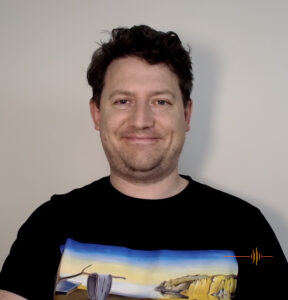 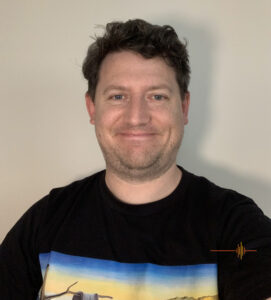 As stated before, the stiff vertical adjustment and loose horizontal adjustment for the webcam can be pretty irritating and I don’t like the adhesive attachment feature. I also would have liked a USB-A type connection because I needed to source a converter to connect it to my PC laptops. Ultimately though it is such a good camera and microphone that any irritation when setting it up was worth it.

The Litra Glow is a well designed light box with great functionality, my only gripe is that it is designed to physically attach to a computer monitor/display. This is probably a great option when creating classic floating head talking to a screen ‘Instagram’ type content but not great for varied shots that my students will want to take. I notice that you can detach it from its monitor mount and it has a screw with 1/4″-20 thread that will attach to standard tripod mounts. However, I don’t have a tripod and would have preferred not to have to source one. There are lots of free standing and more adjustable LED light options on the market and I can’t think of many situations where it would be preferable to have a light attached to your computer instead of freely standing behind it.

The Brio 500 is an excellent camera and microphone that is only slightly annoying to physically adjust. Online, the consensus seems to be that the RRP of $199.95 AUD is a little above what people would normally pay for the 1080p resolution but I think that sound quality is often under-valued in camera reviews and more than makes up for its cost. It is an excellent product and has convinced me of the benefits of high quality peripherals. I can’t wait to see what my students can do with it.

Alternately, the Litra Glow is an excellent LED light with great functionality but I feel it is let down by its stand, or lack-there-of. Ultimately, it is vastly superior to the average LED ‘ring light’ and the RRP of $99.95 AUD is very reasonable when considering the quality of the product. If you are creating content or communicating online from directly in front of your computer, it is an ideal choice. However, if you want to be creative with the direction of your light source or shoot wide shots, you will need to also source a standard tripod base.

DRN would like to thank Logitech for offering us these products for review. 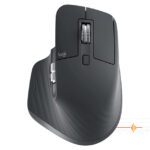 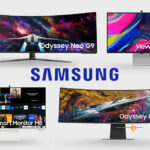 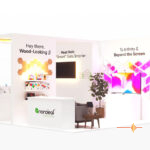 What Matters is happening with Nanoleaf at CES 2023