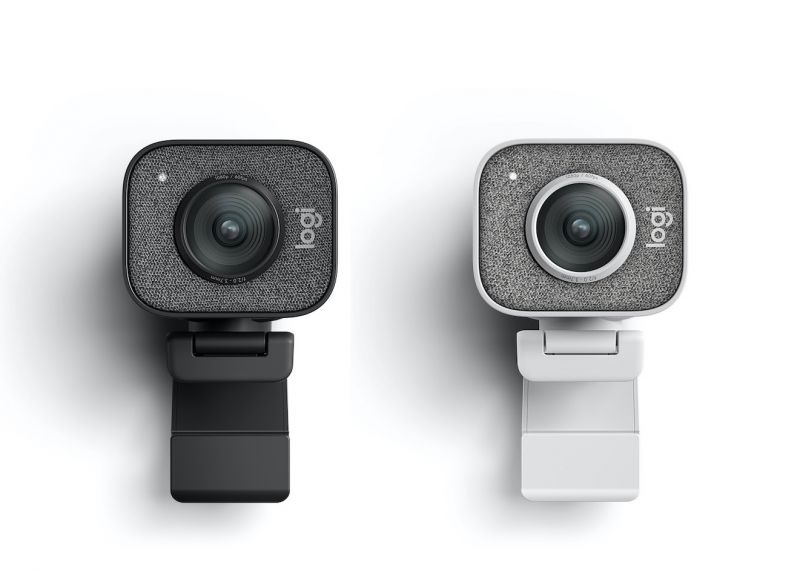 In what is probably a stroke of genius, the Logitech StreamCam was launched in the midst of the COVID-19 isolation here in Australia. Given we were all working from home and bogged down in endless meetings over Zoom, Skype, WebEx, you name it.

Logitech pitches the StreamCam to streamers, with a focus on image quality and dual front-facing microphones. DRN is going to take it for a test drive, let’s hope my mug does not crack the lens since I have not had a haircut or a shave since end of February. I have never been the looker in the family, but right now I resemble more so an Asian woolly mammoth or the Dulux mascot.

First Impressions
Unlike most webcam offerings with either the round dial or the elongated Cyclon look, with flat plastic faces, the StreamCam stands out with a boxy design and a fabric covering. It certainly competes in the fashion stakes, in the league of a Google Home or Amazon Echo Dot. The graphite version I received for review is more discreet in comparison to the off-white version, the grey fabric blends in rather than stands out. However, when viewed in the context of a modern gaming rig, or even the MX series of gear, the fabric is a bit of an oddball choice.

Behind the fabric is the live camera indicator light and two microphones for sound capture. The 1.5m cable is hardwired into the camera end and I was happy to see that it terminates into a USB-C plug on the other. If your rig is a little older then you will need to get a USB-C female to USB-A male adaptor, which does not come included.

The StreamCam comes configured in landscape orientation, resting on the monitor mount. Logitech also provides a separate bracket that is in line with the current tripod screw thread standard (1/4-20 UNC).

In Use
The StreamCam has a maximum video resolution of 1080p/60 fps in MJPEG, however, to achieve this it must be plugged into a computer supporting USB 3.1. Logitech recommends at least a 7th Gen Intel Core i5 on Windows 10 computers, or an 8th Gen Core i5 on Macs. Naturally, the hardware requirements are less if the resolution and frame rate is reduced.

The premium, full HD glass lens has a fixed aperture at f/2.0 and a focal length of 3.7mm. The diagonal field of view is 78 degrees. On face value, f/2.0 is heading into portraiture lens territory (strictly speaking, I would step down one more to f/1.4 at a minimum for a formal portrait shoot), although I will venture to say the bokeh is not as pleasing as one would expect from a DSLR or similar. The large aperture though, does mean it allows more light in and can offer better performance in a darker environment.

Whilst the StreamCam can be just any other webcam device on the system, to really take advantage of the features requires installing Logitech Capture which is available from their website. Logitech Capture is billed as the all-in-one content creation tool “to share your passion with the world”.

Logitech Capture allows capture from multiple sources – such as two webcams or a desktop, or application window. It is easy to switch between six preset scenes such as picture-in-picture or side-by-side. If you really want to go against the norm, you can record in 9:16 portrait orientation. Add Capture as the camera source to your favourite streaming platforms, personalise with live text overlays, with control over font styles, colours and backgrounds. The software also offers filters, transitions and borders to further customise your content. Chroma Key can be used to remove backgrounds in the video.

To unlock the full potential of Logitech Capture requires a free Logitech account. Once signed in, it unlocks filters and transitions effects. You can save up to six profiles, with custom settings on field of view, aspect ratio, recording resolution, white-balance, auto-focus and frames-per–second settings.

Within Logitech Capture, the priority can be set to maintain a constant FPS or maintain the correct level of light. As an amateur photographer who did a lot of panoramas in a previous life, I tend to value constant exposure. There is built in backlight correction, which in my “man corner” (because I do not have a man cave), I find it tends to overexpose the image.

Autoframing is a great idea, and by and large, pretty useful. I have found it a little aggressive at times and adjusting quite frequently, however the tracking works well when I move around within the frame. 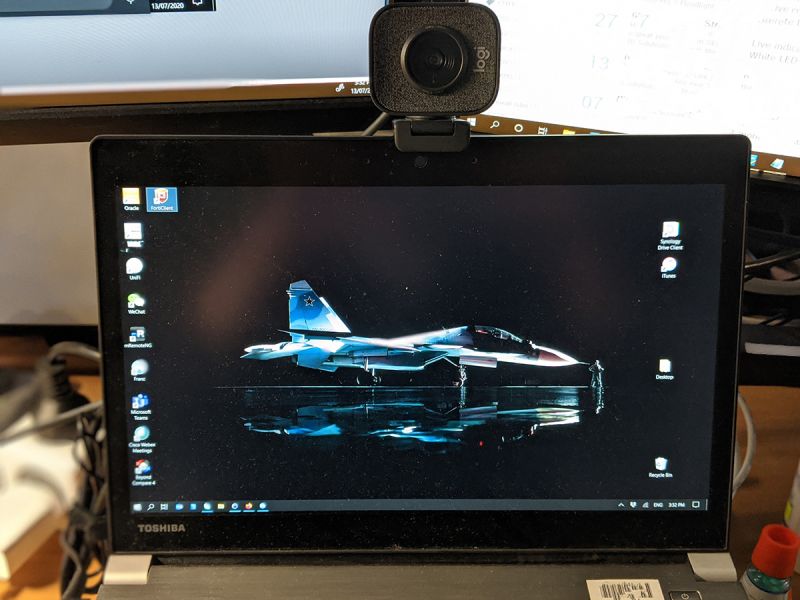 Gripes
There are some nitty gritty design decisions that I find interesting.

For a webcam that is designed to be attached to a stable mount, I am not entirely sure what image stabilisation brings to the table.

This brings me to the second issue – the USB cable is hardwired on the camera side so the StreamCam is not likely to be a challenge to an action cam. Image stabilisation may only be conceivably useful if you work your rig like Wreck-It Ralph.

Lastly, where is the privacy cover? Yes the StreamCam is pitched at streamers, but surely a privacy cover is not too much to ask for.

Conclusions
By and large, the Logitech StreamCam is a solid performer in a compact and small profile. The video quality, as expected, is far and away better than any built-in webcam. I have certainly managed to forever scar my workmates with my isolation look in HD. For those creating content for social media, the flexibility to easily switch from landscape to portrait modes is a bonus. The companion Logitech Capture software puts a range of powerful tools at your fingertips, to give you the extra edge in your content.

I have been working from home under company and government directive, and we are in week one of six weeks of a second lockdown period. The Logitech StreamCam comes in handy for work meetings where I am supposed to look presentable, and it gives the ability for grandparents to see my children together rather than crowding around a phone where a fight will inevitably result. For the older kids, it is a good opportunity for them play with content creation and it will see some use with remote learning.

The Logitech StreamCam is available in off-white or graphite colours for RRP AUD$279.95 here. It comes with a complimentary 3-month premium license for XSplit and is designed to work with OBS, Twitch, XSplit right out the box. Don’t forget Father’s Day is just around the corner too!

SYSTEM REQUIREMENTS
Compatible with: Windows 10®or above , macOS 10.14 or above
7th Gen Intel® Core™ i5 or later
USB 3.1 Gen 1 Type-C direct connection
Refer to Recommended Computer Specifications for more info on supported configuration.