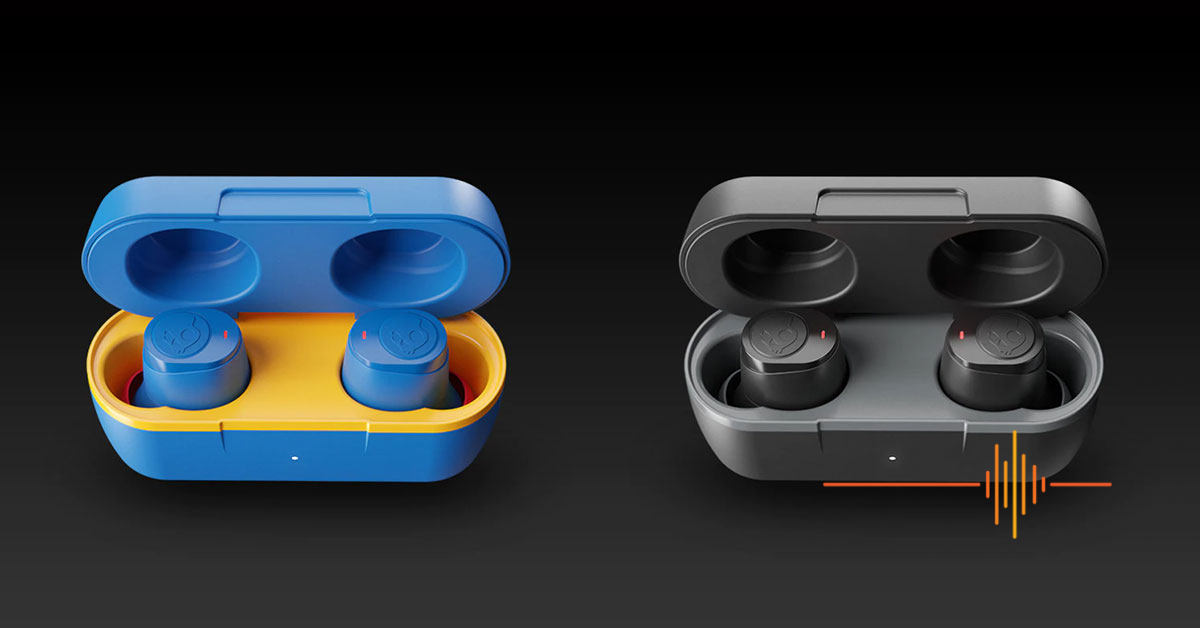 The Skullcandy Jib True Wireless Earbuds are an entry-level earbud for the budget conscious. Coming in either black or vibrant blue, they come complete with a burst of personality. When first researching these buds, I was expecting just another tinny-sounding, plastic-looking set of earbuds. Instead, I was pleasantly surprised by the build quality, the funky colours, and the suggested battery life. Throwing them in my ears, let’s have a closer look at how they perform.

A range of options for comfort

Firstly, how do they feel? The Skullcandy Jib True Wireless Earbuds are an in-ear bud. They come with three sizes of their Ear Gels, which are silicon tips that provide a soft and molded feeling. It’s a soft, comfortable feel and not that hard plastic feel that I have experience from more expensive buds. They are pretty straightforward to put in and remove and felt good in the ear. I was impressed with how well they stayed in place whilst exercising. Even though they are not like the Skullcandy Sesh Evo, which actually lock in, for me the Skullcandy Jib True Wireless Earbuds fit well, stayed in place and gave no discomfort after several hours of use.

For an entry-level earbud, it has some pretty cool features. For starters, even at this price point, these earbuds are rocking Bluetooth 5.0 for a solid performance.

Another big feature for this price point is the IPX4 rating. You’re not going to be able to go swimming in these, but they will hold up against sweat and are generally rain resistant. I didn’t wear them in the shower, but I worked up a solid sweat during a workout and went running in the rain and had no problems. This just gives you some peace of mind for those of us who are more active users with confidence they are not going to stop working on the first hint of moisture.

The earbuds also feature microphones in both earbuds which claim to provide clean, clear calls. This is definitely a nice addition to help improve the audio quality of calls in this day and age.  Another feature I do like is the they allow for mono- or single earbud use. So if you do like to having just the left or right earbud in, you’re in luck. Especially handy as you can also opt to take a call using only one earbud if you wish, which makes it a great little feature to hear what’s going on around you while on a call.

I might have been expecting too much from an entry level bud, but there is no multi-device pairing support. They connect in the common master – slave configuration. Not a deal breaker, but worth noting.

In other techy stuff, the Skullcandy Jib True Wireless Earbuds have 6mm dynamic drivers in each earbud with a 20-20,000kHz frequency response, 98-103dB SPL, and <3% THD at 1kHz. They support SBC and AAC over the Bluetooth 5.0 connection.

The setup couldn’t be any simpler. The Skullcandy Jib True Wireless Earbuds automatically enter pairing mode the first time you power them on. Open pairing on your phone and done.  They then automatically auto-pair to the last device that was used. It just makes them super easy to use. So much so that even the not-so-tech-savvy won’t have an issue getting started.

How easy are they to control? 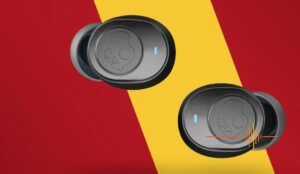 The Skullcandy Jib True Wireless Earbuds turn on automatically when removing them from the case as well as turning off when putting them back in. It’s a simple but handy feature, making them ready to go as soon as you’re ready.

The Skullcandy Jib True Wireless Earbuds have physical buttons on each earpiece for anything you may need to control. Adjusting volume, answering calls, hitting play, pause and skipping tracks; they are all on the earbuds. But since the buttons are located at the end of the ear bud, this does make continual changing the track a bit uncomfortable. I found myself having to dig them out of my ear a from time to time to access the controls. In the end, I found it just as easy to control from your phone or connected device.

The important part: How do they SOUND?!

This is the part that really counts when testing any audio device: the sound quality.

Firstly, the Skullcandy Jib True Wireless Earbuds have one sound profile with no equaliser adjustments. The sound quality focuses more on the low-end, which is great if you like the bass drops. But you will miss the clarity of the high-end vocals and instruments.

That said, I was not disappointed with the overall sound performance. You have to remember that these are an entry-level earbud and they perform well above their price point.

The microphone, however, I found a little hollow sounding. It IS clear and definitely does the job, however in my experience it does sound like your talking through a wall or in a tunnel. Perhaps a little disappointing, but I would not think you would buy these to be making a lot of calls.

The Skullcandy Jib True Wireless Earbuds claim to have a total battery life of over 22 hours. That said, for clarification, that is 6 hours of continual use and 2.7 additional charges from the the case. So, keep that in mind: you won’t be running around with these in your ears on a 22 hour drive.

Personally, I found they lasted a little longer than the 6 hours Skullcandy claimed, which is always a bonus! That said, I was not on the loudest volume setting or using the mic during that time. Recharge time was pretty good, with a charge taking just under an hour. Since you can use a single ear bud at a time, you can listen with one whilst charging the other. This little feature at least gives you the option to keep up with calls or your movie via one ear while charging the other.

What did I really hate?

You cannot really gripe too much as these perform above there price range. They are not going to blow your mind with audio quality nor run all day, but they are really solid performers.

There is no fast charging option available, nor multi-device pairing, but that is to be expected at this price point.

The one gripe I do have is standard DRN gripe of late: the charging cable used is a micro-USB instead of the more universal USB-C. DRN really wish we could move away from micro-USB and it’s awkward charge port.

A big Thank you to our friends over at Skullcandy I look forward to seeing what they are bringing out next. 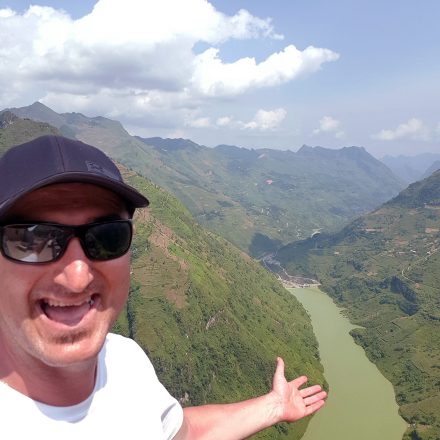 Adrenaline junkie. Sports nut. I have to test everything to death to satisfy my curiosity.
Find out more about Ben.