Waking Up Wirelessly with the Olixar Qi-Tone — Reviewed 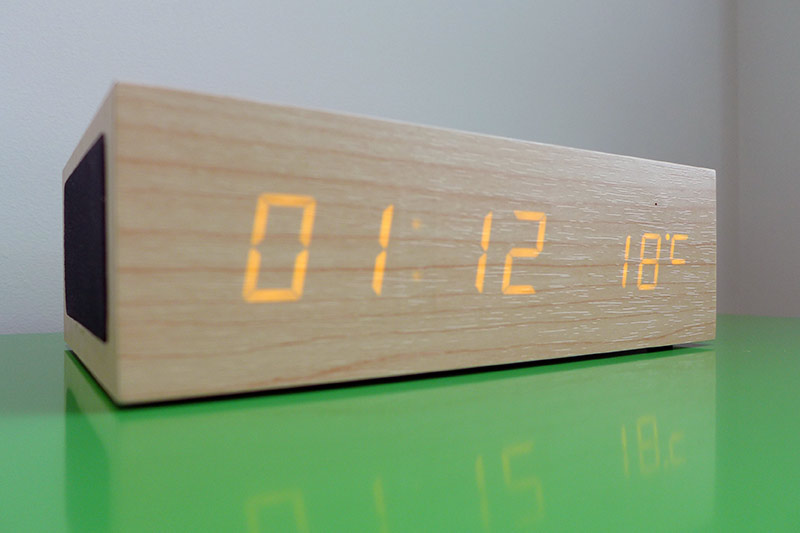 They may be the bane of our existence but alarm clocks are an important part of our modern lives. With built in Bluetooth and elegant wood styling, the Olixar Qi-Tone aims to make the whole morning experience a little more bearable.

Read on for our review of the Olixar Qi-Tone Bluetooth alarm clock.

With a uniform rectangular shape, the beach coloured Qi-Tone alarm clock is 7cm high and has relatively compact footprint of 22 x 14cm. While it feels great to the touch, upon closer inspection, the Qi-Tone’s wooden look was due to a quite convincing printed veneer.

Two matching 11 x 5cm black speaker grills dominate the Qi-Tone’s side panels while the rear of the unit features four buttons, marked alarm, time, up and down respectively. A 3.5mm headphone port and an almost identically sized and shaped 5V DC power jack is also present. The only other notable element of the rear is a small protrusion to the left of the buttons revealing the Qi-Tone’s temperature sensor.

Like all the other faces, the top of the unit is finished in faux wood veneer. In the middle of the top face is an unobtrusive circular Qi inductive charging logo along with four neatly etched touch sensitive control surfaces. Of these, two control volume, while another controls the snooze function (as well as brightness) and the phone icon button controls answering calls, hanging up as well as pausing/playing music and turning off Bluetooth.

Other than the unit itself, the Qi-Tone comes with a 5V power pack which is packaged with four interchangeable region specific power adapter clips, a short length of 3.5mm headphone port cable (male to male) and a brief user manual.

The overall build is generally quite good, although our unit did suffer some unsightly bubbling around the speaker grills. 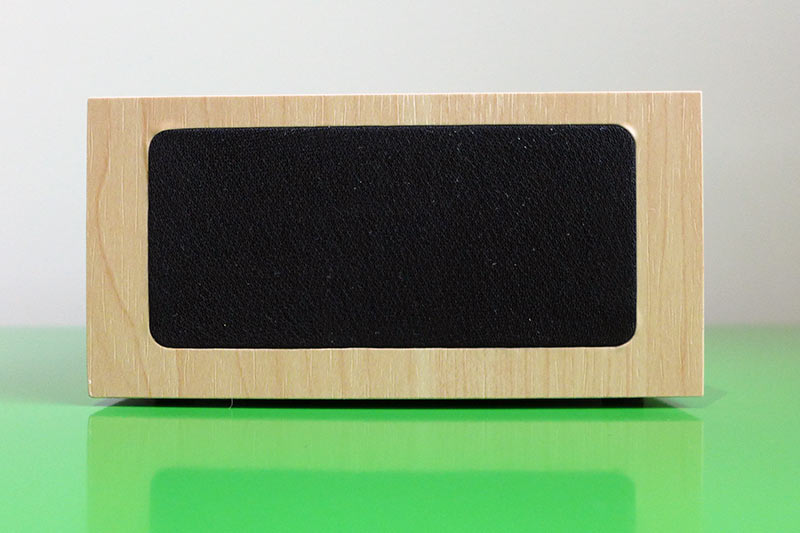 During the course of our review, we connected the Qi-Tone Bluetooth Charging Speaker to numerous Bluetooth devices including our late 2013 Apple MacBook Pro and our trusty iPhone 5. After turning the unit on, we discovered a new bluetooth device cryptically titled, “W2.”

Once paired, the unit connected to our devices without issue and instantly took over audio playback duties. The sound was surprisingly clear and while lacking some bass, was quite pleasant to listen to.

As mentioned, the sound quality was quite good and remained crisp right up to its maximum volume which while not ear shattering, was quite reasonable for a unit of this size and purpose.

Unfortunately we did have some gripes with the Qi-Tone’s general design and functionality. While the unit operated as expected, connecting to Bluetooth devices and waking us on time, the general usability was hampered by some poor design choices and a distinct lack of customisability.

Firstly, the Alarm setup was cumbersome and there was no ability to differentiate between weekday/weekend settings. While the dimming feature had only two steps (which remained quite bright even at the lowest setting) each adjustment resulted in an infernal camera shutter type sound which could not be turned off. In fact, every button press resulted in this quasi-shutter sound which was both too loud and definitely not what you want to hear as you make an adjustment to your alarm clock in the still of the night. 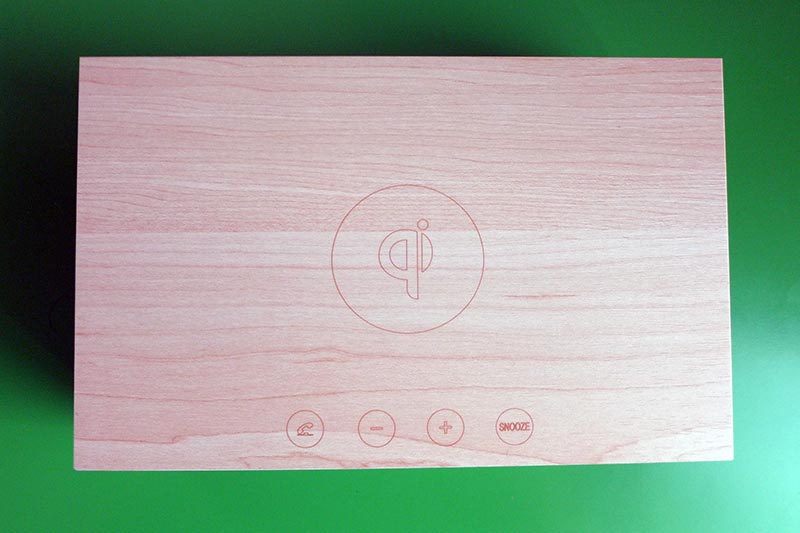 Of course, the Qi-Tone’s claim to fame is its wireless Qi charging feature which in our brief tests worked well. Qi is a wireless charging system that has been promoted by the Wireless Power Consortium which includes manufacturers such as Asus, LG, Nokia, Samsung, Blackberry and Sony. When a Qi enabled mobile device is placed on a Qi charging station, the device charges wirelessly through inductive coupling. For an overview of this system, check out the Wikipedia Qi article or Mobile Zap’s wireless charging guide.

As soon as a Qi enabled charging device was placed on top of the Qi-Tone, it would immediately begin charging. Unfortunately, as no USB ports are featured on the Qi-Tone, non Qi devices are unable to be charged which does seem like a missed opportunity.

When using the Qi-Tone as a handsfree speaker, the “ringing” remained on the phone’s speakers and only after the call was answered by touching the Qi-Tone’s phone icon was audio transferred to the alarm clock’s speakers. When answering calls on the Qi-Tone, the handsfree functionality worked reasonably well with relatively clear audio in both directions. Also, if music was playing before answering a call, it seamlessly resumed automatically once the call was ended. 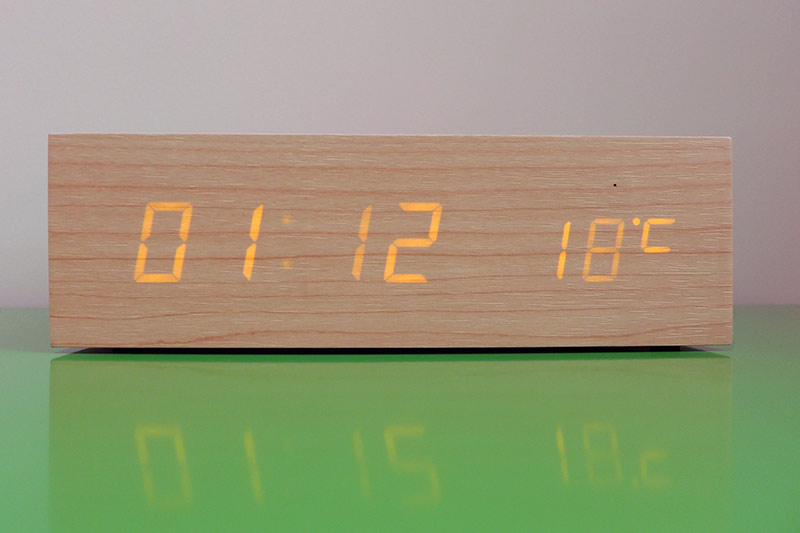 To the right of the time, the current temperature could be displayed in either Celsius or Fahrenheit but perplexingly could not be turned off. As mentioned previously, this lack of customisability, in this day and age really let the Qi-Tone down. In future iterations we would like to see more options available to the end user, such as LED colour changing, completely removing the temperature display and turning off interface sounds. 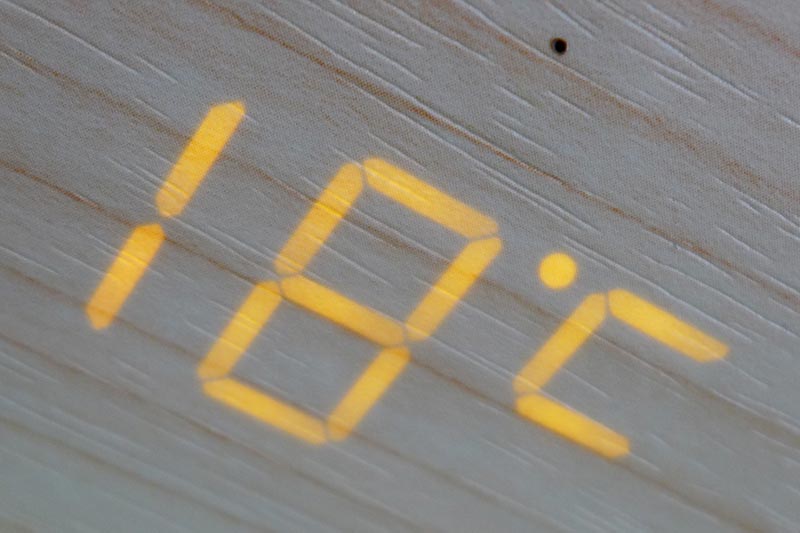 In my experience, mornings are rarely good: There’s a lot of yawning, scrambling to find items and rushing to get out of the door on time. And while it’s no universal fix, the Qi-Tone Bluetooth Charging Speaker from Olixar does make changing your Qi compliant phone easier and while it isn’t particularly easy to use or feature rich, the audio it produces is acceptable for the price point.

If you can get past some of the more questionable design choices, you can pick up the Qi-Tone Alarm Clock Bluetooth Charging Speaker from MobileZap for $142.99AUD. For more information, please visit their product page.