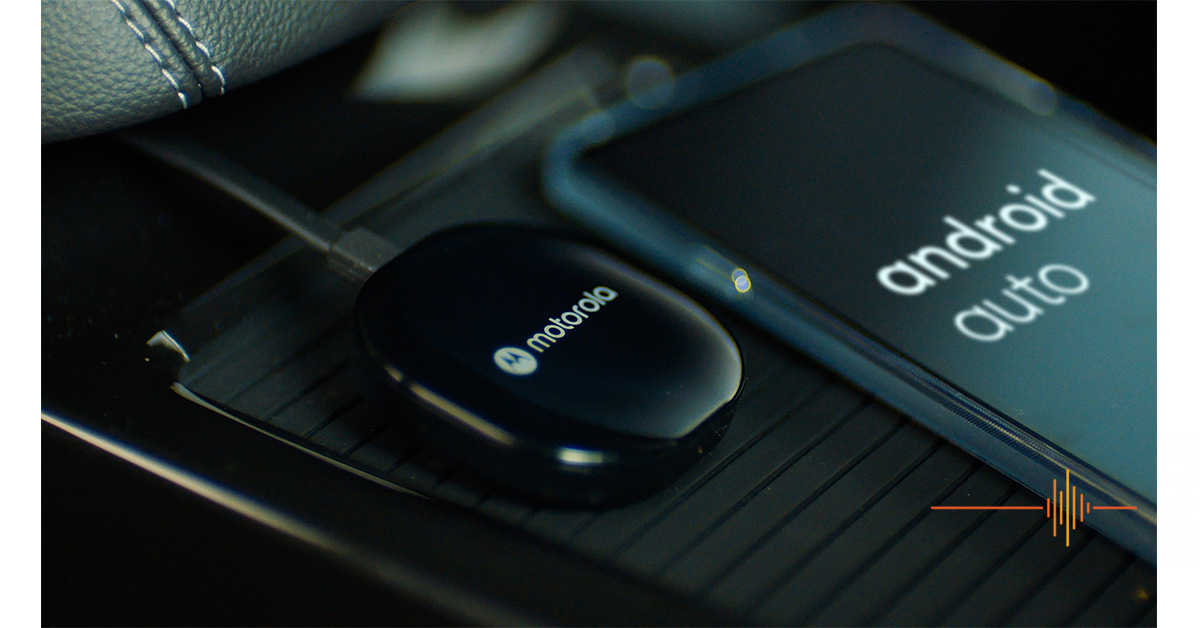 My kingdom for wireless Android Auto, wouldn’t that be a dream? Well that dream has landed in the form of the Motorola MA1.

To be fair wireless Android Auto does exist, but not every car manufacturer or head unit supports it. In my case with the Mazda MZD system, it is strictly a wired affair. 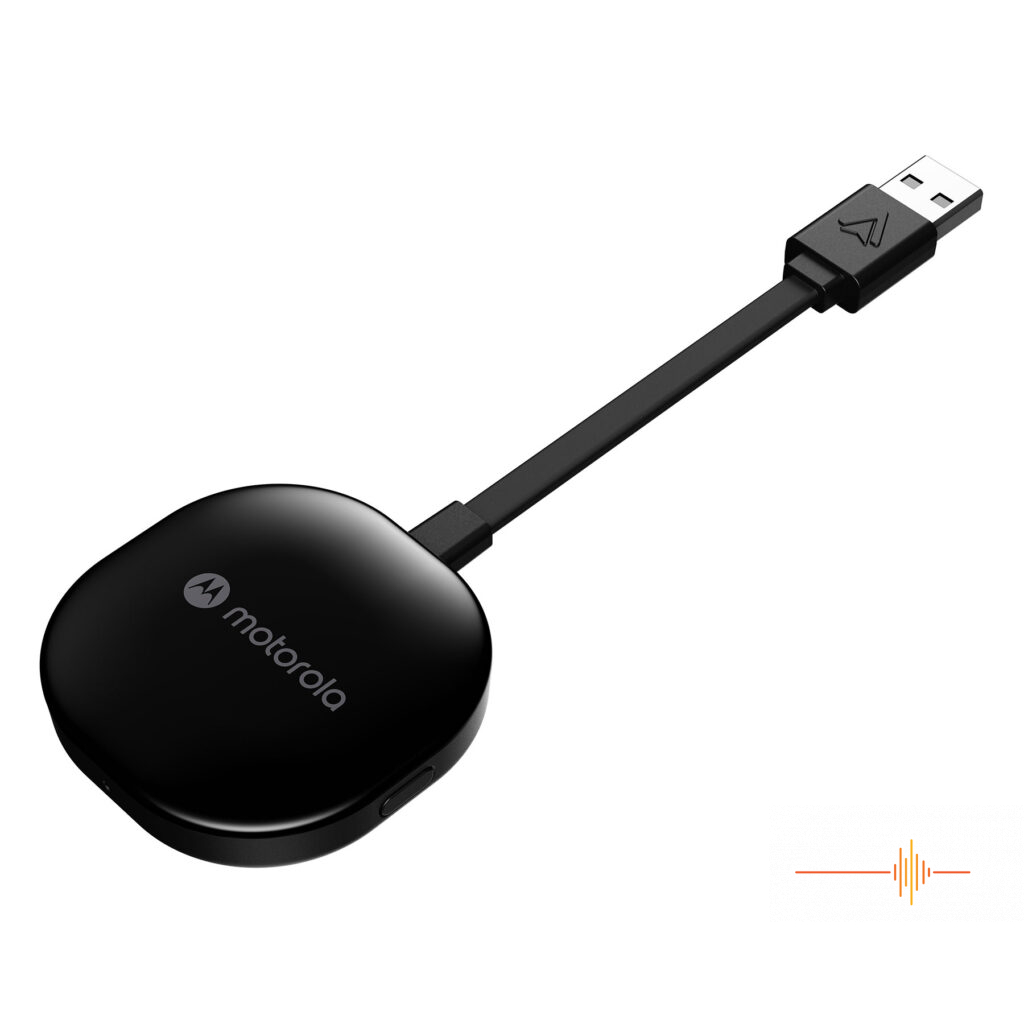 Along comes the MA1

The Motorola MA1 is a wireless car adapter for Android Auto.

From the website, Motorala says “the MA1 adapter employs Android Auto receiver technology, just as an automaker would, under license from Google. Users therefore enjoy an original equipment (OEM)-like user experience that improves over time as Google continues to enhance Android Auto.”

It is a sleek affair. A glossy plug on the end of a short cable with a USB-A end. Think of it like a lollipop because that is what the shape reminds me of. No not Android Lollipop and that is certainly too old an OS to work with the MA1.

As a prerequisite, you need Android 11 (Red Velvet Cake) or later for this to work.

As I briefly mentioned earlier, I have a car with a MZD system that supports Android Auto. As a result I have already (many times) cabled my phone to use Android Auto in the car.

If you haven’t done that step, then you will have to complete this step as per the vehicle manufacturer’s instructions prior to using the Motorola MA1.

You do also need to make sure that Wireless Android Auto is toggled on in the app. I also allow Android Auto to start while the phone is locked.

For me, it was simply to remove the cable that I normally have permanently hooked into the Android Auto USB port and plug in the MA1.

Apparently the MA1 will flash blue in pairing mode, and all you have to do is to pair the device to your phone by looking for a Bluetooth device named AndroidAuto-XXXX. What I actually did was plug the MA1 into the Android Auto port which happens to be in the centre arm rest storage area. I closed the compartment door and never thought to look at what was going on because it just worked.

Once the pairing is complete, this is where the magic starts and things happen automatically.

The unit comes with a double-sided adhesive tab, which is optional to use. In my car there is no real place to stick it to so I just leave it. At least for me it is out of the way. 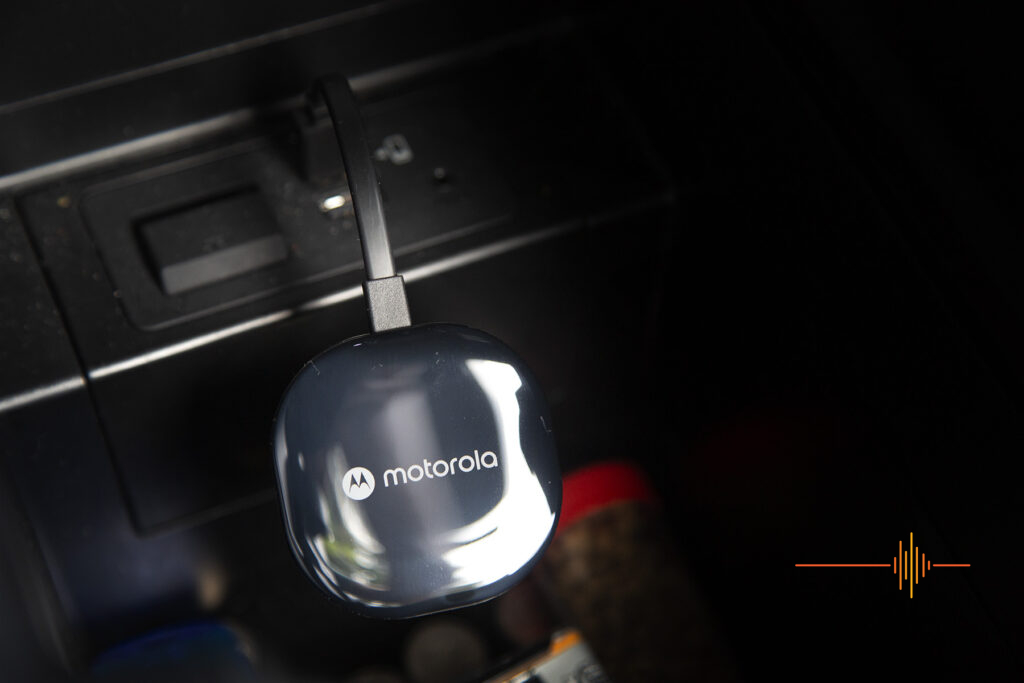 If you have ever used Android Auto before, then it is exactly the same, just wire free.

The difference is that once your car is started and the MA1 boots up, your phone will reconnect to the MA1 via Bluetooth and Android Auto will automatically launch.

All that happens without you needed to take your phone out of your pocket, or handbag, and fumble with the cable to connect it up.

One issue I did run into, which is not a fault of the MA1, is that VPN profiles like to break some connectivity types. For example I have Blokada running on my phone and Android Auto cracks a hissy fit with the wireless connection. No such issues with a cabled connection though.

My workaround for that is to use Tasker to automatically turn off Blokada when my Bluetooth is connected to the MA1. This automation task allows me to have zero interaction with the phone in order for the MA1 to work.

On some rare occasions I did have to pair the device again.

What works really well for me is that my partner likes to stream music to the MZD which works just fine over the car’s native Bluetooth connection.

I’m usually the driver so when we are travelling together, Anita’s phone is paired to the car’s native Bluetooth. I’m paired to Android Auto via the MA1.

As a result she can stream her playlist and I can have my notifications coming through concurrently. It works perfectly well for us and also eliminates the occasional issue of multiple phones paired to the MA1 in close proximity to each other.

When the teenager wants his music, it’s the same deal where he pairs to the car’s Bluetooth. The outcome still is that as the driver, I still can have full Android Auto functionality regardless of what others are needing.

Only the one … well maybe two.

Google Assistant can be pretty odd to work with, and that is at the best of times with a cabled version of Android Auto. I don’t think I will pin this one on the MA1. That is just unfair.

The phone’s battery can take a bit of a hit using wireless Android Auto. By and large I do shorter trips – school runs, quick run to the shops kind of thing. I am never too far away from a power source when I do need a top up. But it was just something I noticed that may affect other users or phones with smaller batteries.

The phone can also get a bit warm after a bit of use. It probably isn’t a great idea to charge your phone and use the MA1 at the same time. It really defeats the purpose doesn’t it if you do that.

The Motorola MA1 is surprisingly great. The unit is robust, the operation is smooth. There is little to really complain about that is the fault of the MA1 itself.

Over my drives it is funny just how little I think about it. I hop in, car starts, my phone connects to the MA1, Android Auto comes up on the Infotainment display, all without me having to interact with anything.

The Motorola MA1 has a RRP of AUD $159 which isn’t chump change, but it is fuss free and it just works. You do need to have a car that support Android Auto already, and a phone running Android 11 or higher.

DRN would like to thank Motorola for providing the review unit. 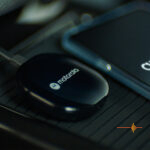 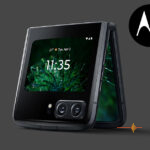 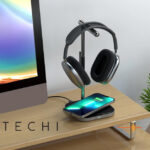