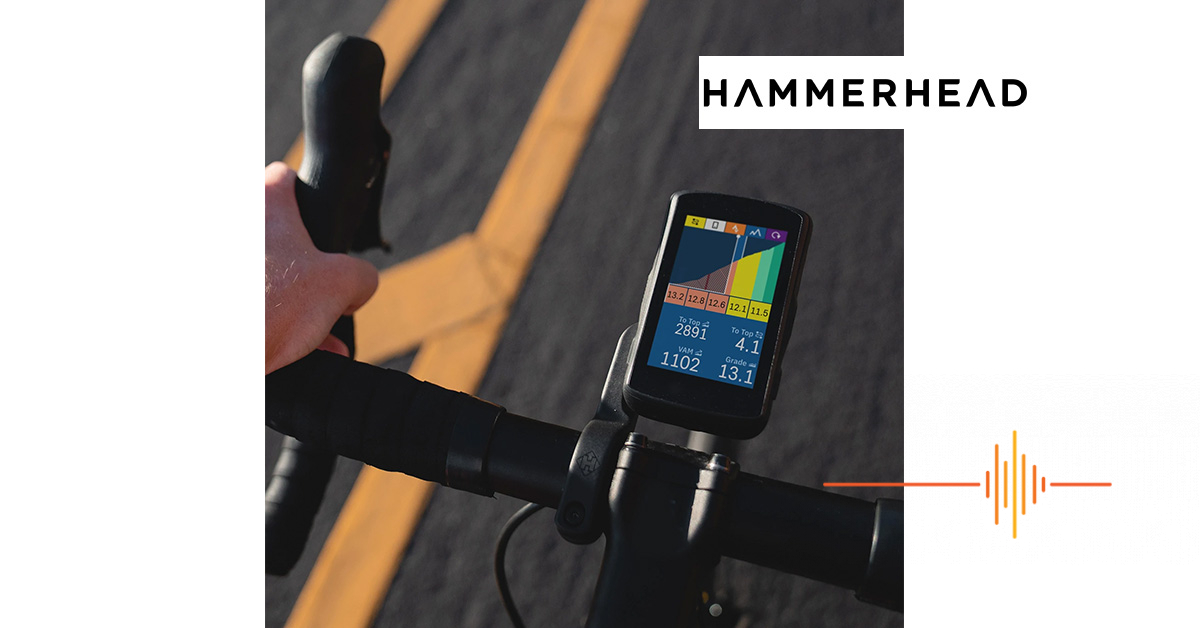 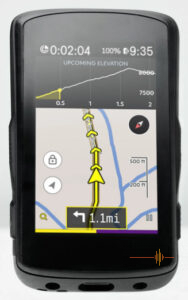 (Editor’s note: article written by Arni who has endured more saddle pain than most of us…)

The last few years have seen an explosion in outdoorsy things thanks to our collective isolation, lockdowns and whatnot during the global pandemic.

Cycling has always been popular whether to commute to work or school to save a few bucks or to keep fit. Others just love to go riding with mates in the peloton or riding trails on a mountain bike in the backcountry.

Whereas I don’t care much for road riding myself anymore, I love the latter. I could spend days shredding single tracks if I didn’t have to work or do other annoying adulty things. Still, I try to find the time along with a bunch of other folks to get on our preferred ride and count the miles.
Count the miles? Yes, along with that new bicycle you just bought come all the accessories and arguably none more important, especially for the road warriors, is the bicycle computer.

A few months ago, the good folks at Hammerhead sent us their latest bicycle computer, the Karoo 2; a new and improved follow on from their initial Karoo offering.

Where Does the Karoo 2 Sit in the Market?

The bike computer market is pretty saturated with plenty of options. You can spend anywhere from say $20 for a basic speed and distance display upwards into four figures with full metrics on high res screens with animations synchronised in your mesh network of fellow pelotonians (ok, you get the idea). The players are many from big bicycle brands, long established accessory makers, to niche players.

Ok, so quick bit of full disclosure first: I’m a bit of a fan of the market leader in bike computers – Garmin. They make good gear, they have years of experience across industries making GPS devices and the market is full of accessories, both genuine and aftermarket for their devices. They have built their own ecosystem of apps. I must have at least a dozen Garmin devices from smartwatches, handheld GPS to a bike computer (or two).

Their computers start in the lower mid range to their market leading 1000 series bike computer with a price to match. It doesn’t matter which one you get, you’re going to pay a premium for the privilege of going with the market leader but they are good products.

Hammerhead as a relatively new niche player and having a single offering to compete in this market need to have a pretty compelling offer and be clear of where they see their Karoo 2 sit in the market; and they do. It’s clear they know what they’re about.

Over the last couple of months, I have taken the new Karoo 2 through its paces (or should I say cadences) and ride away rather impressed. It’s got room for improvement, sure, but they hit the ground running a few years back with the Karoo and now the Karoo 2 improves on what was already a good start.

Hammerhead sent us a Karoo 2 worth $629, a custom colour kit $69 and the Hammerhead Heart Rate Monitor $89. I know this is rather nerdy but they also chucked in a couple of very good branded water bottles. Nice! 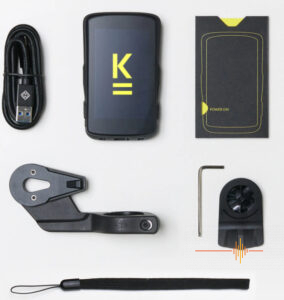 At that price, Hammerhead are in the top of the mid tier in pricing competing in the space dominated by the aforementioned Garmin line as well as Wahoo. Regardless of brand, for that kind of money you’d rightly expect a lot of bike computer. This a where the Karoo 2 really ticks the box. I mean big fat, permanent marker tick in the box. The Karoo 2 hardware specs set itself apart from the already capable mid-top tier crowd.

The first thing you notice pulling it out of the classy but minimalist matte black box is a solid, well- made unit. It looks and feels like a quality product. As well as the Karoo unit, you get two mounting options in the box – Hammerhead’s proprietary mounting bracket and a Garmin mount.

That last inclusion is a very smart move considering the amount of Garmin mounting options out there. Chances are if you’ve lashed out for a Karoo 2 it isn’t going to be you’re very first bike computer and most likely you would have a Garmin quarter turn mount on your pushie already; this lets you swap it out and ride! Also, the proprietary bracket is 31.8mm which means if you’re a mountain biker with a shiny new 35mm handlebar, you need another option. But they thought of that too; where’s that big, fat permanent marker?

Whether you use the solid proprietary mount or the Garmin quarter turn mount adapter it fits securely to bar.

If you’re a good and patient person you’ll charge it via the USB-C port on the bottom before powering it up where you notice the reason the unit is rather large: that big, gorgeous screen! Gorgeous is so over-used in tech writing but heck, the screen is. The only bike computer screen that comes close is the Garmin Edge 1030 but the Karoo is better. Even though the unit is large it’s not heavy despite its excellent build quality. 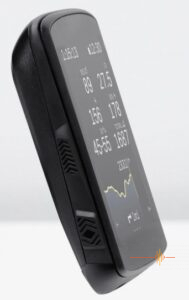 Setting it up is easy. Turn it on and connect to WiFi. It will start to download and install the latest system update. Remember I mentioned there is always room for improvement? Yeah, Hammerhead think so too and they promise to constantly update the Karoo 2; every fortnight in fact! Over the last few months I tested their claim; Yep, not lying. Where is that marker again?

After the first system update, it boots up rather quickly for an Android based device and the rest of the setup is straight forward. The Karoo 2 does take a moment to load thanks to the more powerful and capable Android operating system.

From here it’s easy to operate, either with the touchscreen or the hardware buttons which mirror key (pun intended) touchscreen inputs for cold gloved hands.

Starting a ride is easy and the data is pretty clear. I found it took a little time to setup up the screens how I liked but that’s a personal preference I guess. Same went for setting up Profiles for different rides or sensors. As I like mountain biking I pretty much setup one profile for mountain biking which I use. The other default profiles I found to be superfluous. 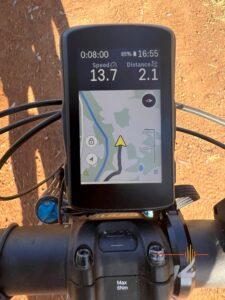 Connectivity and sensors are other strong points. It has Bluetooth, ANT+, WiFi and you can even chuck in a SIM card for mobile data. It mirrors your phone notifications so that precious iPhone or Android can stay safely in your pocket or Camelbak whilst you get distracted by requests to pick up milk for the family.

Another thing I like is the ability for rides to sync to Strava and a couple of other platforms like TrainingPeaks. It’s still a bit limited but I’m sure that more platforms will be included over time such as Trailforks. The Hammerhead web dashboard is clean and uncluttered.

A big advantage available to the Karoo is the ability to use the Android operating system to run Android apps. Let’s face it, a lot of us are interested in the Karoo because it runs on Android and has that ability. I tested about half a dozen apps and the process was pretty straight forward. A couple of the apps I tested didn’t work well either because of a lack of Google Play Services or because of the smaller screen of the bike computer. Obviously these apps are designed for smartphones with big screens. That’s clearly why Hammerhead state they intend to vet the apps to be supported on the Karoo 2.

Some apps didn’t work because they required Google Play Services. I tested sideloading Google Play Services but it crashed each time so that didn’t seem to fix those apps. Perhaps there may be advantages for Hammerhead to support Google Play Services? The comparatively smaller screen which offers advantages in a bike computer also has limitations which they seem to be managing pretty well. It’s clear they care about the quality of their product hence they’re being pretty picky what’s going to be officially supported.

Nonetheless, it’s strong selling point to be able to customise your Karoo 2 by adding apps like Trailforks or Garmin Earthmate both which worked very well.

A handy little workaround if you want to side load Android apps is to sideload a third party apk app like APKPure. By sideloading the APKPure app you can easily install future apks on the platform without the need for the sideloading process each time.

What could be improved?

Having had the Karoo 2 for a few months now I feel like it’s geared (pun intended) toward road riding. This guy isn’t into road riding very much so of course I would like to see greater metrics for mountain biking. The other big thought is with all that connectivity the lack of ebike support stood out. So my wish list would include a couple of small additions such as a digital compass, ANT+ ebike data and topographical mapping options for mountain biking and ebikes. Still Hammerhead say they are about continuously improving so that wish list might not be a wishlist for long.

Sadly I can’t put the Garmin unit in the drawer just yet but would I recommend the Karoo 2?

Yes, without a doubt. If you’re already wedded to another platform it’s perhaps a bit a more difficult to switch but they have a really compelling offer. The screen is probably the best on the market, the unit is fast and the connectivity is second to none. It’s also value for money and a nice little bonus is the ability to customise your Karoo 2 with a colour of your choice. I went for a nice shade of blue.

The Karoo 2 should be on your list; it ticks a lot of boxes! Yes, even at just a tick over 600 Aussie bucks…

Here’s the link to their website: Karoo 2 – Hammerhead AU

And we here at DRN thank Hammerhead for allowing us to test out the Karoo 2. 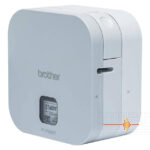 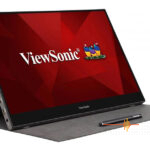