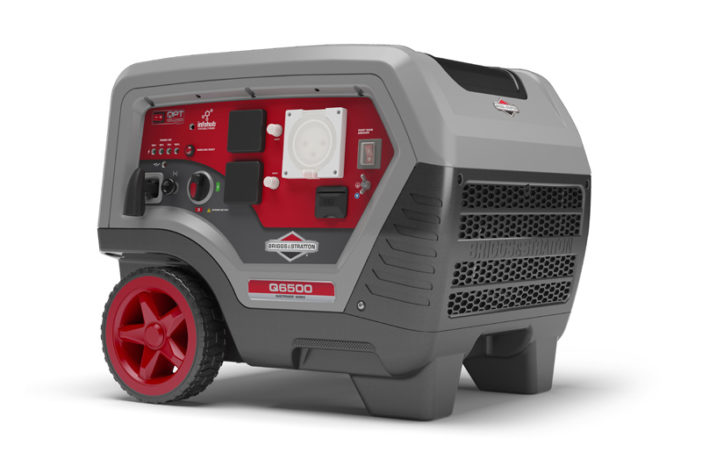 Over the past few weeks we’ve been testing the remarkable Briggs & Stratton Q6500 Generator and today we’re publishing our findings and recommendations.

But also we’ll discuss why most households would do well to invest in a generator.

Is there any household that hasn’t experienced a major disruption to their power supply? I’m not talking about a couple of hours here or there but a significant outage, lasting a day or more.

Our energy supply here in the Great Southern of Western Australia is pretty stable. Yet at least a few times a year there’s a long-lasting disruption due to storms, accidents or scheduled maintenance. At the very minimum it’s inconvenient, often disruptive to your daily routine. Sometimes it’s costly or even catastrophic, particularly when you have a business or need to defend your property during fires.

Of course a generator will minimise the effects of any disruption but there are of course also many other reasons to invest in a genset. Some obvious ones: access to power where there is none, like on camping holidays or using electric tools on a large property.

A basic generator can be had for around $500 and might be sufficient for keeping the fridge running and some lights plus a few small appliances or tools.

The Briggs & Stratton Q6500 Inverter Generator is far from basic and priced accordingly at AUD2999 – or a few hundred dollars cheaper if you check around.
Its output has the capacity to keep things running in a small house or power a lot of the gear in a larger home.

This is where a Manual Transfer Switch is needed to switch the power from either your energy supplier or the genset.
Briggs & Stratton supplied us with an MTS which has to be installed by an electrician of course.

Initially, we had planned for installation at our country property but because our power is supplied via a SWER line (Single Wire Earth Return – a cheap rural solution) we could not use the Briggs & Stratton MTS components.

So we decided for a more standard installation at our Perth Hills property. Depending on complexity of the install, the time involved for an electrician’s expertise can range from a couple of hours for a simple installation to many more. Best to get a couple of quotes for your particular situation. The MTS components are $399.

See below how it ended up on our garage wall with the outlet on the outside wall. 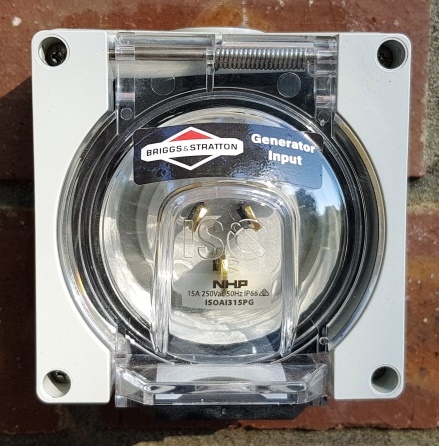 Without an MTS the recommendation is for at least 6 metres from any running generator to any open window to prevent possible CO poisoning.

Most generators have that industrial or utility look about them: steel frame and all the innards very visible.
Not so with the Q6500. It’s fully covered and styled in a modern look. It’s big but not ugly. It looks like it means business and we would expect it to roar to life with enough decibels to wake the neighbours.
But no: there is a reason the model number starts with a Q: it’s Quiet. Only 66 decibels.

By the way, the 6500 indicates the maximum 6500 starting Watts. Normal running output is 5000 Watts. Some appliances need more power to start up, like water pumps or fridges and the Q6500 allows for that extra draw.

It might be good to explain why these days you really need an inverter genset if you plan on powering your home appliances. The inverter provides a clean sinus wave for all the sensitive electronics in most modern appliances.

One side of the generator has all the things you need to access for starting, input, output and monitoring.
There are 2 outlets for 240V appliances as well as a couple of USB ports. Plus the connector for the MTS cable. There are LEDs for load monitoring, overload and reset switches.
The other side camouflages an exhaust with no exposed muffler.
The top accommodates the large petrol tank (14 hours runtime at 25% load)

The Q6500 is a weighty affair – 58kg- but manoeuvring it around is made easier with the extendable trolley handles, so that you can wheel it around like a large suitcase. Being extendable they are not as sturdy as a fixed bar but for storage I’ll be happy take this solution as a generator will spend most of its time being tucked away in a shed or garage…

All instructions for starting and stopping are stickered right above the starting recoil handle. Switch the Q6500 on, pull choke out and a few pulls on the cord will do the trick. The switch to put the machine into extra quiet mode should be off as well.

It’s immediately noticeable that Briggs and Stratton have really focused on making this appliance as quiet as is realistically possible. And at an affordable price. It’s a much quieter than our other genset and more powerful. For even quieter results switch the QPT (Quiet Power Technology switch on. This switch should be off when starting up and when using the USB ports.

B&S claim that the Q6500 is about 60% quieter than standard generators. And when it comes to comparisons with equivalent powerhouses it’s also 45% more compact and 30% lighter. These are great figures.

And as with most appliances these days the generator can also be monitored via Bluetooth. For instance through the InfoHub app we can see the total power being used, run time (hours until empty), total unit hours and maintenance reminders. The app also includes the operator manual and a product tutorial with FAQ’s.

We checked out the Q6500 by plugging in tools directly and via the MTS. The 5000 Watts continuous running power is sufficient to power a fair few things in our house at the same time, minus the air-conditioning units and the big stove of course. With select use of what you switch on you can even use an air conditioning unit or stove.

There are ways to calculate exactly what the Q6500 can handle or you can start with the biggest appliance first (in terms of power draw) and gradually add more gear as you need, keeping in mind that a light load – between 24 and 50% – is best.

We found the Q6500 living up to its QuietPower moniker: a few metres away from the garage and all you hear is a muffled engine noise. Nothing jarring or deafening.
Yes, you can take it on your camping trips but it is probably overkill (and pretty heavy).

We haven’t had a serious outage yet in the few weeks with the Q6500 so far but will update this article with our findings when such is the case. 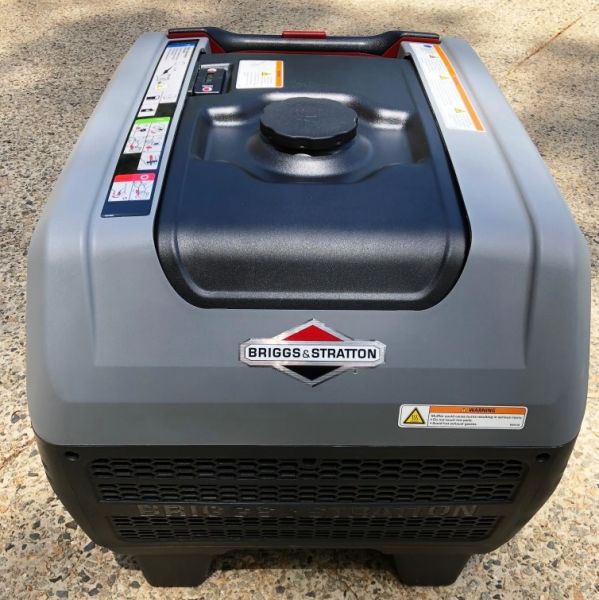 No major gripes here – just a few suggestions how the Q6500 could be improved if they want to bring out a Mark II model.

1. Generators are sought after by folks who don’t want to pay for their own gear. And because gensets are often out in the open, away from houses, let’s make it easier to lock them down by having some eyelets on the frame to thread locking cables through.

2. The 240 outlets similarly could benefit from having some clips to clamp the power cords so that they don’t vibrate loose.

3. Finally, a small battery to start the unit would be wonderful for those who prefer electric starts. Alternatively, some clamping points for an external emergency jump start battery could do the trick as well and keep costs and weight down.

The Briggs & Stratton Q6500 Inverter Generator is a very capable genset that would suit most households, all properties and many trade applications.
It’s reasonably quiet, has great endurance on a tank full of petrol and is perfect for providing power to all the sensitive electronics in our modern households.
It weighs much less compared to other 6500 Watt gensets, is much more neighbour friendly with noise levels and looks quite handsome indeed.

Best of all: the Value for Money factor, which is an important aspect of our overall evaluation, is the best in the market.
Yes, there are improvements possible (see above) but no deal breakers.

And by the way:
We like it when the manufacturer puts their warranty weight behind their products. In this case they want us to have the same confidence as they have by providing a generous 3 years warranty.

What also greatly helps to convince us that investing in a Briggs & Stratton generator like the Q6500 is that there are plenty of local dealers.
Just checked the Find a Dealer on their website in my small town of Albany and there are 3 dealers listed. Interestingly, the closest one to me, T&C Supplies, which also is my favourite tool supplier, is not listed… Perhaps time for an update!