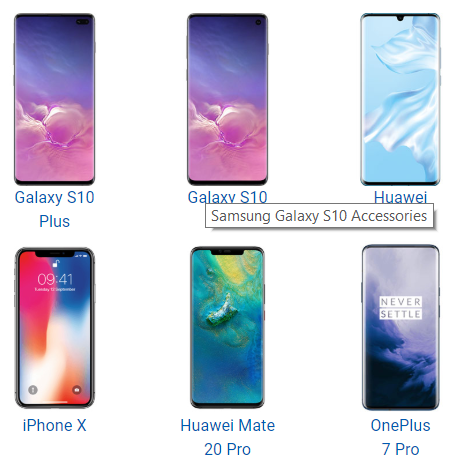 I usually buy a case before getting a new phone. Either I’m too clumsy or my fingers are too slippery to safely hold one of those large slabs of glass…

And fortunately none of my phones – from the earliest Galaxy S2 onwards have suffered an early demise because of a cracked screen. Having a good case is absolutely essential for me.

Today we are looking at a few cases as well as the Samsung Duo Charger, courtesy of MobileFun – home of everything you need for your mobile lifestyle. 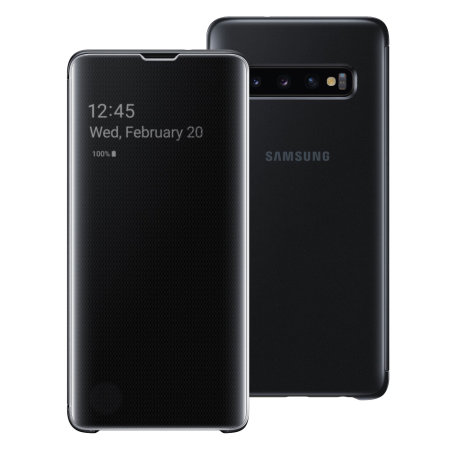 We’ve been a fan of the Clear View Flip Case from Samsung since the S5.
Back then the S-View case gave only a small window to the lock screen elements of the phone but with the S8 onwards it morphed into a full screen clear cover.
These cases give all around body protection, they make it easy to hold the phone and the essentials are visible when the case is closed. Such as the Always On Display with notifications. The S10 springs to life when you flip open the case. No need to press power buttons or go through other rituals to access the phone.

The 2019 edition is a bit of a departure from Sammy’s “Mr Ford” approach when he said you can have the T Ford in any colour as long as it is black… This case is now available in black, white or green.

A downside of the earlier cases, apart from being on the expensive side: it adds a bit of bulk to the svelte Galaxy phone. I don’t mind it but I did have problems finding a good car holder that would accommodate my previous S8 with the front cover folded back.

This new Clear View Cover is a delight to hold because it doesn’t have the “standing” double-back cover of the one I had before. Less bulk and an amazing translucent matte cover that doesn’t smudge as easily. Again, as much as I liked the previous version, this is the one I really love.

Benefits of this design is that, without opening the case you can answer and reject calls, check messages and control music. It looks stylish and provides a decent amount of protection. And now my phone can be used in the phone holders in my car without having to take the case off. Big thumbs up!!

Priced at GBP34.99 at MobileFun
And AUD58.49 at MobileZap here in Australia 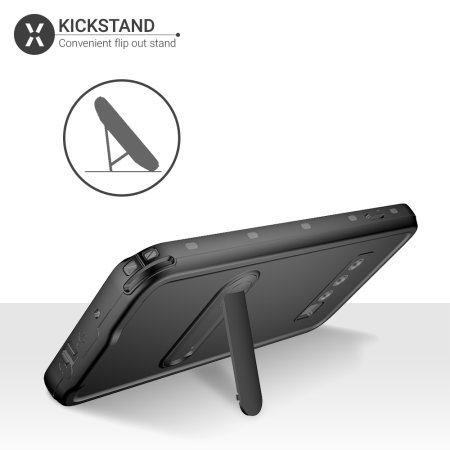 The Olixar Terra 360 Protective Case is a premium product with quite a bit of engineering to give you a rugged waterproof case.
The latest Galaxy phones have all been waterproof to some degree but I’ve never been keen to put my personal phones to that test. I’m pleased to know that just “in case” my phone is doubly safe in this rugged contraption.

As expected, it’s a bit more fiddly to fit the phone in and to snap the two halves together. Tight is an understatement. You might even have to open the USB cover to let some air out.
If you have any protective film on the phone it might not even fit and for sure it won’t be needed either. The Galaxy S10 does come with film on top and bottom as well as around the edges. There are some wipes included to ensure clean surfaces and a lanyard to secure the case if you like to dangle it from your fingers or handlebars!

There’s one glaring spot where the ultrasonic fingerprint sensor resides on the phone. This is an area that needs to be cleaned with the alcohol wipes. I did not do that at first, resulting in an ugly air bubble. If you don’t like the looks of this round membrane you may take it off but then the fingerprint sensor doesn’t work either.

Good Things
Rugged as they come.
Has a flip out stand
Good grip
Protects your investment
Two year warranty

Priced at GBP19.99 at MobileFun
And AUD33.49 at MobileZap here in Australia

All the cases in this review have been tested for wireless charging on the Samsung Duo Wireless Charger (see review below) and all cases have also been checked for Wireless PowerShare with the Galaxy Watch. All performed fine in this area. 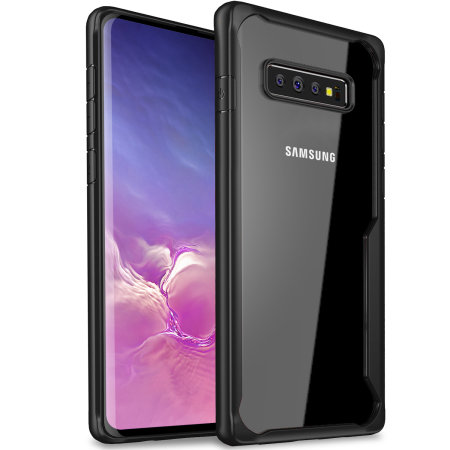 The NovaShield Bumper case from the same firm Olixar has a good rubbery feel to it and protects the sides and back quite well. The S10 buttons are covered but the ports along the bottom are open, unlike with the Terra 360. The screen is also somewhat protected through the raised bezel, so the screen doesn’t touch anything when put face down. Good thinking.

Another construction detail: Built into the NovaShield’s corners are specially designed air pockets that absorb impacts and dissipate forces away from your phone.
The NovaShield has a tough polycarbonate frame combined with a flexible TPU back. The good looks of your S10 are not spoiled with this case.

With less than half the protection of the relatively cheap Terra 360 the price of the NovaShield Bumper case seems a tad high in comparison.
Still a very well-crafted premium product with a nice 2 year warranty. 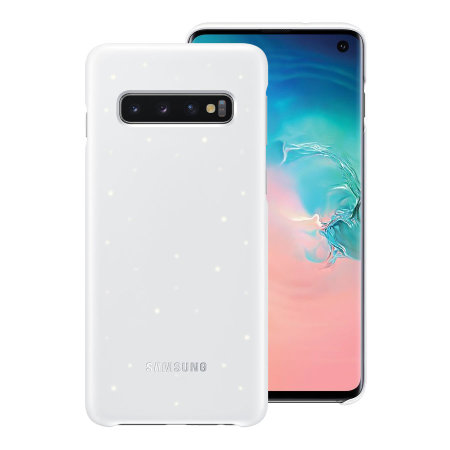 We’ve seen LED cases from Samsung before that showed the time with tiny LEDs. This back cover in white has “Emotional LED Lighting Effects” – whatever that means… It’s marketing speak for being able to display a smiley face, I guess. Indeed, and that is handy when you take a photo on the timer setting and you see the back cover counting down 3…2…1… .

Smiling on command… Well, not only that but it has “mood lighting” as well. Only in white of course and you engage that with the LED cover app.
It’s an interesting case that will appeal to the younger generation. For me, it’s a bit tacky, drawing attention to itself. It’s a novelty that will wear thin very soon, I think. If you use NFC a lot (like for payments) there’s a warning that the mood lighting will interfere with the NFC circuitry….

As a case, it’s pretty slippery and being a back cover only, it doesn’t provide much protection either unless you put a protective film on the front.

Priced at GBP32.99 at MobileFun
And AUD55.49 at MobileZap here in Australia 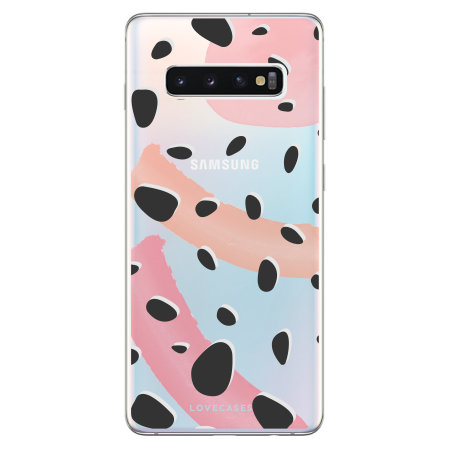 The Abstract Polka ultrathin clear case from LoveCases caters clearly to the young and frivolous with their designs.

The case is simple, providing good grip and sometimes that is all you need. It fits the S10 perfectly like a second skin, is lightweight and adds no bulk.
All the buttons and ports are open.

Priced at GBP7.99 at MobileFun
And AUD13.49 at MobileZap here in Australia 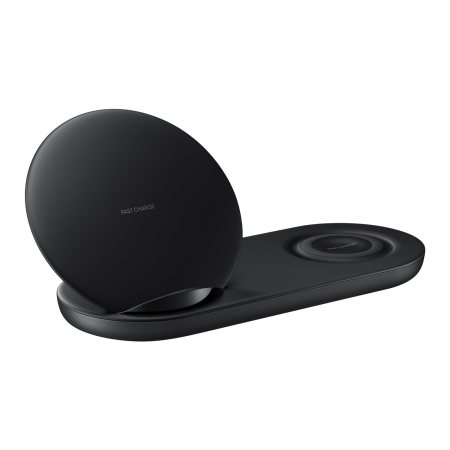 The Samsung Galaxy Note 9 Super Fast Wireless Charger Duo
is the perfect complement to the need we all have in keeping our devices juiced up. Often we have a few minutes in between phone calls to put the phone down and wireless charging is the way to do it. Two devices at the time is even better.

We have the big, familiar reclining stand and the smaller pad for Qi equipped watches, ear buds or another phone. Both pad and stand support fast charging but the Galaxy Watch can only handle normal charging. Even though the Duo has an internal cooling fan, it is absolutely quiet.

All this is powered by a slightly bigger 25W charger instead of the normal 15W that comes with your phone. When you order a Duo make sure it comes with the charger prongs specific to your country.
Mine didn’t so I have to use a travel adapter.

No gripes with this Duo charger but this model is not meant to travel with you. Fairly bulky (However: there’s also the new Duo which is completely flat and might be useful in travelling).

Priced at GBP49.99 at MobileFun
And AUD83.49 at MobileZap here in Australia