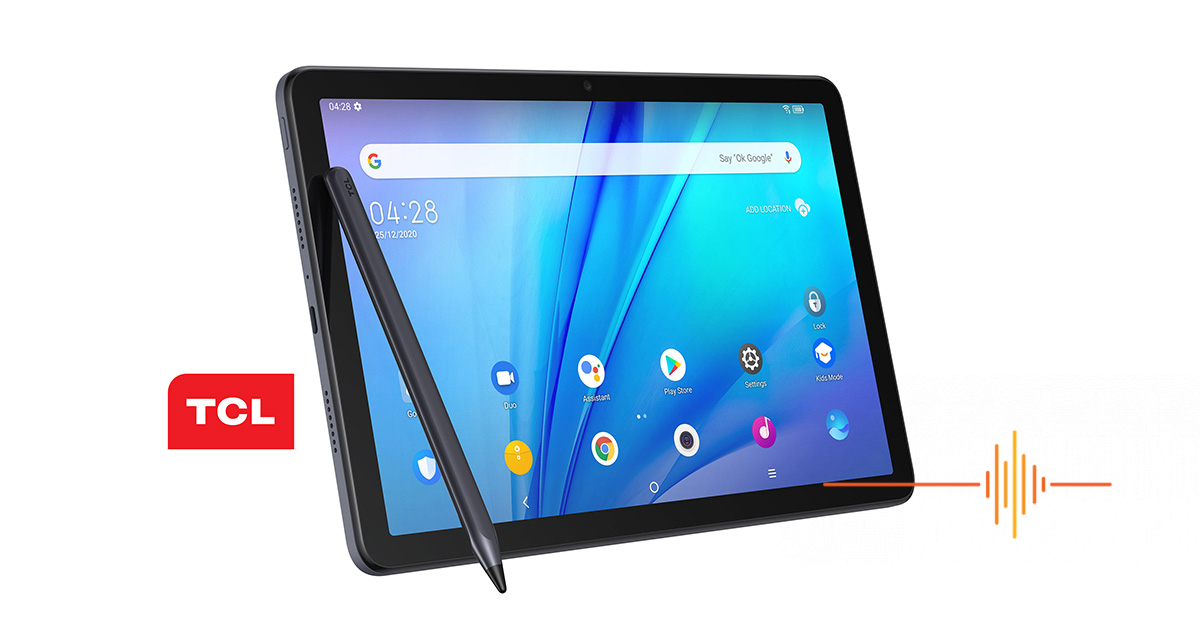 Work and Play versatility for the whole family

The TCL TAB10s is a new big-screen tablet promising excellent battery life, crisp & clear display that allows you to enjoy high-quality media anywhere, and a dedicated Kids Mode with parental controls that let your child play and learn independently. Whether your family is working or playing, TCL TAB 10s has got you covered. 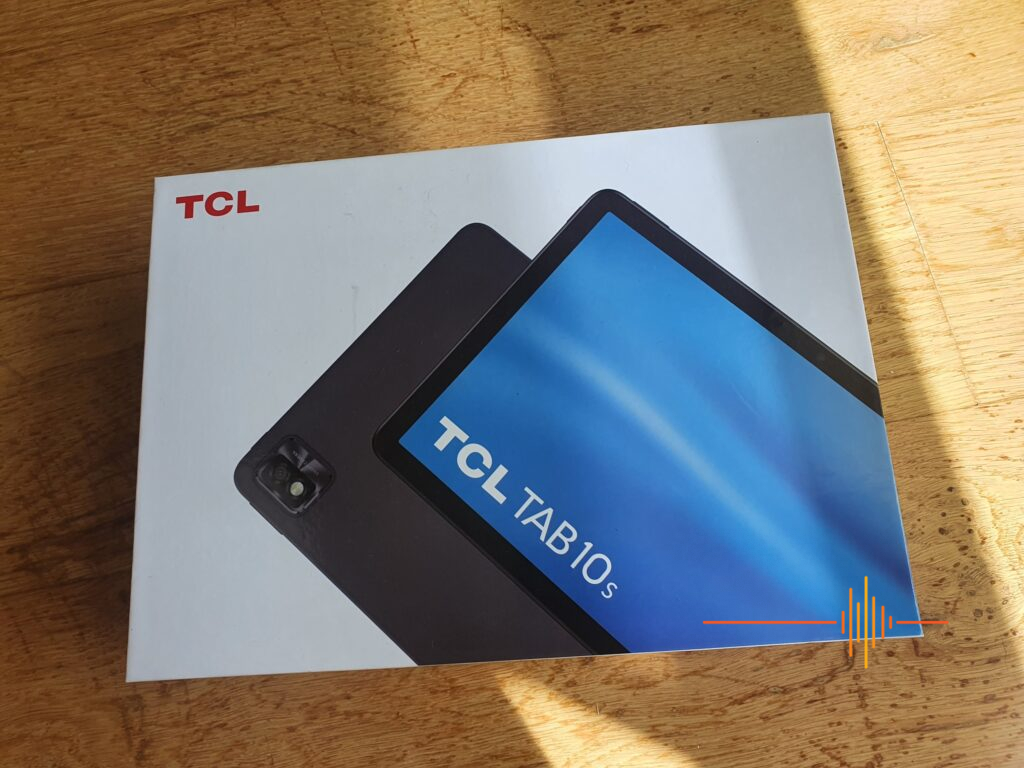 I think if there is one thing upon which everyone can agree, it is that the market is absolutely saturated when it comes to tablets, but as a parent of a young child myself, the dedicated Kids Mode advertising immediately drew my eye. So, I will admit that I was excited to be loaned a TCL TAB10s. But how did it go in a real world test?

First Impressions of the TCL TAB10s

The box of the TCL TAB10s is rather plain, and quite understated: besides a glossy picture of the tablet itself, the majority of the box is plain white. I happen to like the chosen aesthetic for its clean, professional appeal, but what I like even more is the technical specifications and included extras that are clearly and easily seen on the back of the box, without any unnecessary filler pulling your eye from what matters the most.

I did find the location of the power button (on the top left side when held in landscape) to be a bit of a pain while streaming video in bed. I frequently (far too frequently for my liking) found myself rolling onto my left side, only for the tablet to switch itself off when the device rested the power button against the pillow. But that is likely just as much of an issue with how I use the device, as the device itself.

However, I will admit to experiencing a bit of confusion right off the bat: The TCL website (as of the time of writing this article) has different specifications listed for the TCL TAB10s than what is on the box.

Inside the box, you get the TCL TAB10s, a stylus pen, a protective case with a flap to cover the screen and a holder for the stylus, documentation in the form of a quick start guide and Australian consumer law disclaimer, a tool to pop out the Micro SD card slot, a USB-A to USB-C cable, and a power adaptor.

While my personal preference would be for a case that is a little more rugged in appearance, the inclusion of the case and the stylus are nice, given these inclusions aren’t usually present at this price point. When coupled with the expandable micro-SD storage and IP52 dust and water-resistance, TCL has a product that stands up well to its competition. 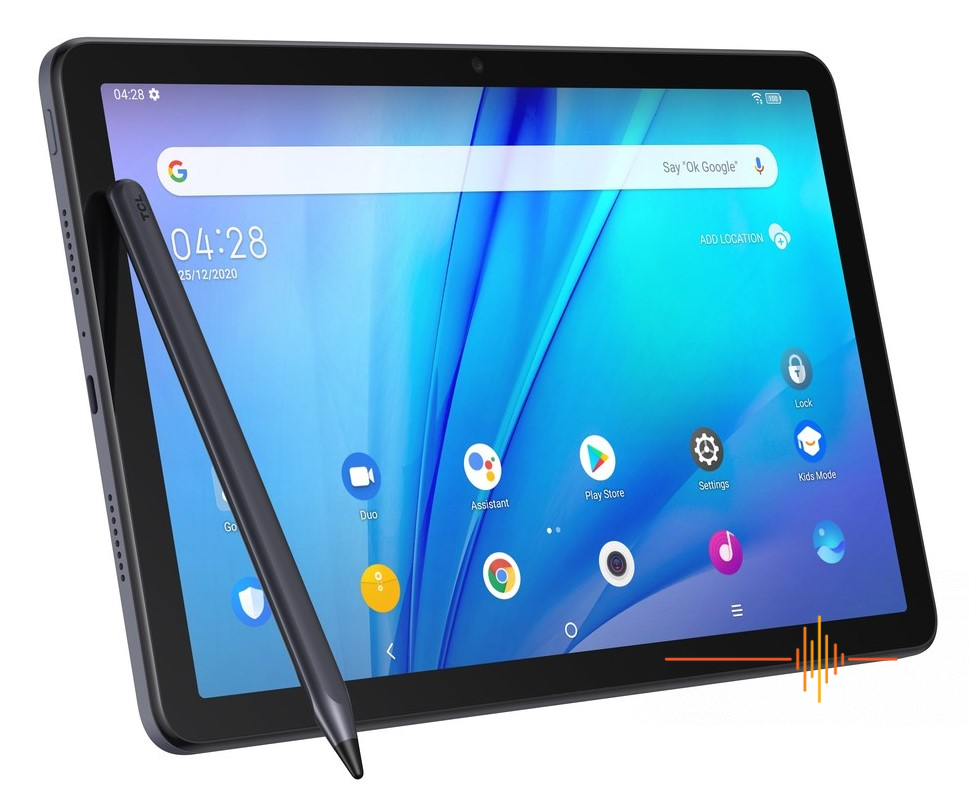 The TCL TAB10s is shipped with Android 11, meaning setup is a breeze. After a relatively fast initial boot, you set up a network connection (though it does have the option to set it up in an offline mode, if preferred) choose whether to transfer your apps, photos, contacts, Google Account etc from another device, set up your Google Account (if you didn’t transfer it over), set your permissions, set up your unlock method, choose the home and lock screen styles, and you’re ready to go.

One word of warning at this point, if you forget your pin code, while you will still able to perform a factory reset of the device, you WILL still be asked for your previous pin code upon first booting the device after the reset. While a helpful security feature to hinder theft of your tablet, it is worth keeping in mind if you are prone to forgetting passwords or pin codes – there will be no hard factory reset option to quickly regain access to your locked device.

The TAB10s has an 8000mAh battery, that they claim “supports up to eight hours of online learning and reaches 100% fast with an 18W charger” (They also note that in some regions the tablet ships instead with a 10W charger instead.)

In my testing, I certainly wasn’t left disappointed by this claim. I consistently found myself exceeding 8 hours of continuous use from a full charge, even when my use included streaming video and gaming. That said, I did find that (similar to my Android smartphone) Facebook seemed especially power hungry, and was usually the cause for requiring a top up charge mid-way through the day.
There’s no wireless charging supported, but that’s not really a surprise, nor is it a must-have on a device like this.

I would however recommend using the included power adapter and a wall socket when you need to charge, as the aforementioned “fast” is a bit of a misnomer, given TCL’s own website specifications list a charging time of 3 hours and 51 minutes (Though again, this may be outdated information as while I didn’t personally record the time required to charge from 0-100%, I did remember it being noticeably faster than that.)

Regardless, it’s certainly not a deal breaker, given the size of the battery, and the fact that you’re more than likely going to be charging it while you sleep. But if you happen to be forgetful the night before an office presentation, you had best hope you’re going to be within reach of a power-point during it.

I know looks aren’t everything, but I have them just in case.

While on paper, this may not seem as impressive as some of the competition, one of the first things I noticed is how vibrant and sharp the colour and detail were while streaming, thanks to TCL’s NXTVISION advanced camera and display technology, which you may be familiar with from their line of smartphones.

That said, don’t expect this to be the same level of crispness and depth that comes with a high-contrast UHD display, but if you are primarily using the TAB10s for video streaming or for general office work, then the screen is certainly fit for purpose.

The screen itself is a 10-point capacitive touch screen. This allows it to recognise and respond to ten simultaneous points of contact with minimal lag. Unfortunately, it does pick up fingerprints extremely easily, which is where the included stylus comes into play.

At first using the stylus did make me concerned that I was going to break the screen (it WAS on loan after all), with each tap making quite a loud, aggressive clack. But after using it for a while the fear began to fade and I began using it in earnest. Using it in the included Notes app, I found it to be responsive and effectively lag free in comparison to using your finger, even if my handwriting is so messy that I was often not able to read what I had written.

My only gripe with the stylus is that it’s just a simple pointer, being devoid of buttons or switches, and lacking (I believe) in tilt & pressure sensitivity. But it’s also free, and not several hundred dollars like the Samsung S pen and Apple pencil, so I’m fairly certain my gripe falls into the ‘nit-picking’ category.

That’s enough about my looks, what about yours?

The TAB10s features two cameras; an 8-megapixel located on the rear of the device – protruding slightly from the rear surface of the tablet, and a 5-megapixel camera on the front – somewhat hidden within the black bevel surrounding the screen.

The front camera is ideal for video calls and the like, and produces surprisingly quality pictures for a selfie-cam. 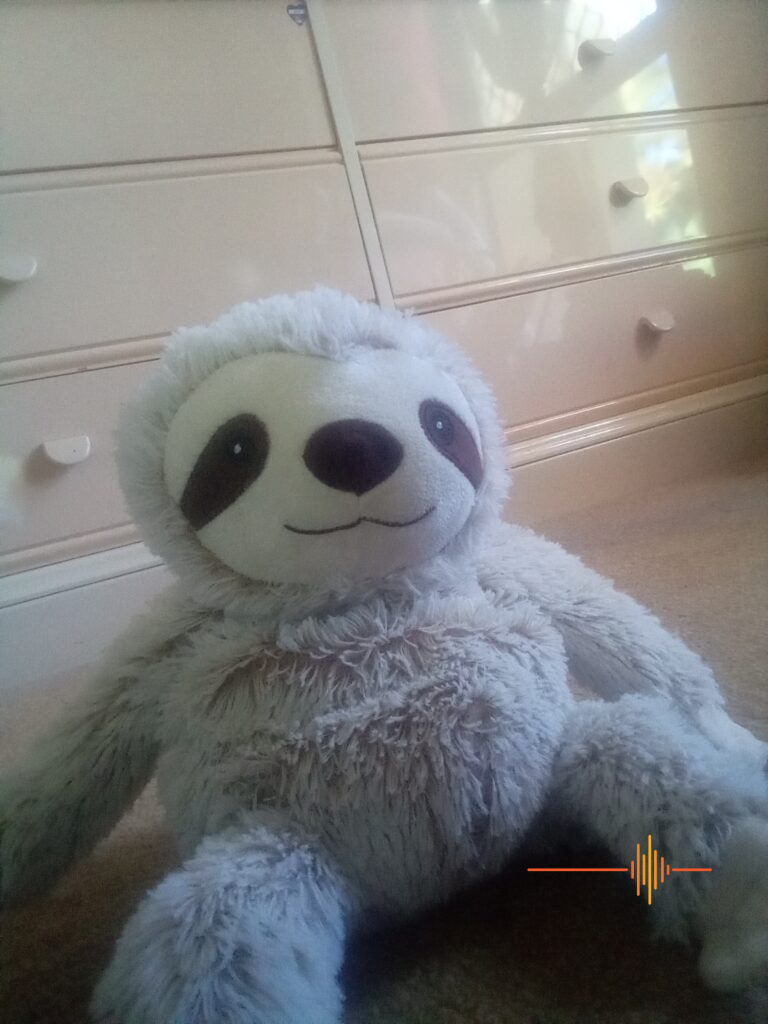 As for the rear camera, it does what is needed when you need to scan a document, or take a quick snap. However, as expected from a device this thin, neither camera does very well in poor lighting conditions, so the TAB10s won’t be a contender to replace your DSLR camera any time soon. 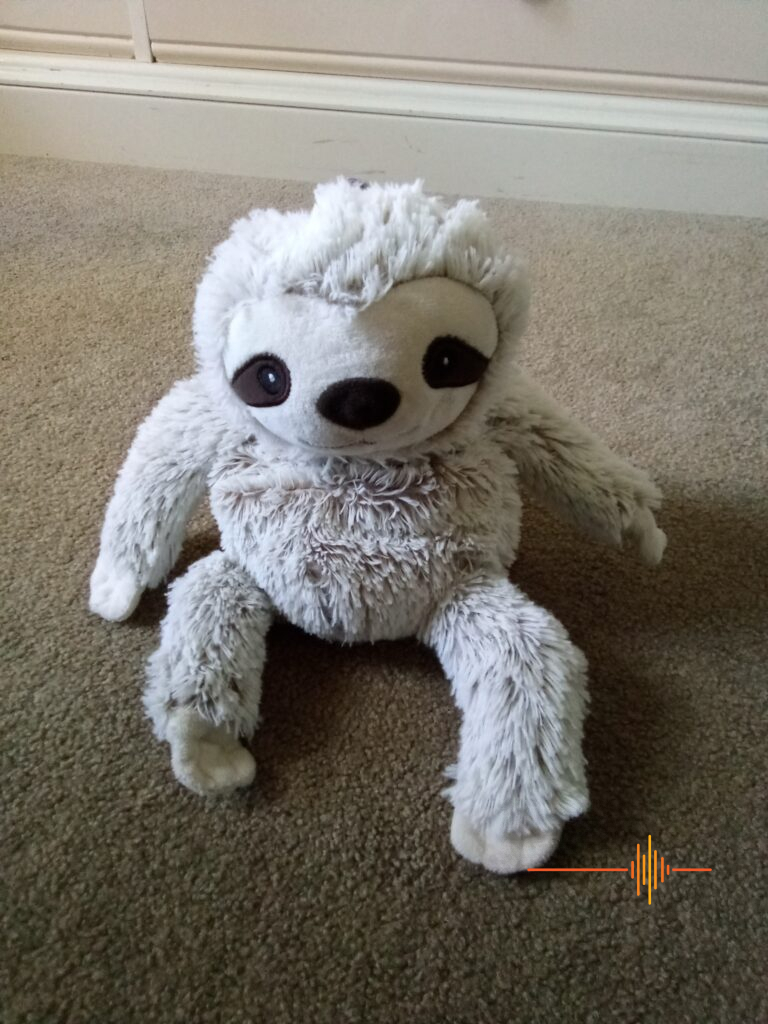 But how does it sound?

Given the TAB10s is only 8.3mm thick, it doesn’t leave a lot of space for large, meaty speakers. That said, I was surprised by how well the TAB10s performed in this regard. It has an understandably light sound signature in the bass ranges, but still has a reasonable level of impact in-line with what one would expect from this sort of device.

Of course, who’s the brains in this outfit?

While the hardware means the TAB10s won’t be topping any benchmark charts, functionally, it’s sufficient to complete all of the standard office tasks without any issue, and is even capable of playing games: Parents beware if you give this to your teenagers for “schoolwork” – Call of Duty: Mobile & Minecraft ran without issue, though the former did default to some of the lowest graphical settings, it still put out a steady 60fps.

Which segues nicely into the next point. The TCL TAB10s supports multiple user accounts on the device, with the device owner able to limit the use scope of each user to meet their needs (for example, children or guests) with users able to switch profiles quickly from the lock screen using their fingerprint.

The TAB10s also comes with Kid Mode pre-installed. This is best described as a dedicated child-friendly UI, with parental passcodes, and remote-access parental control that allows you to whitelist trusted websites, and set study and screen time breaks.

Exiting out of the Kids Mode requires a pincode, ensuring that if you have a young-one using the tablet, they’re not going to switch to something they shouldn’t have access to.

TCL have marketed this as a large library of fun, educational apps that educate your child about science, technology, engineering, art and mathematics. While the parental controls are fantastic, I have to admit feeling a little underwhelmed by what was on offer for free.
However, both the UI and the tablet survived my three-year-old without breaking. So, score another point for TCL. 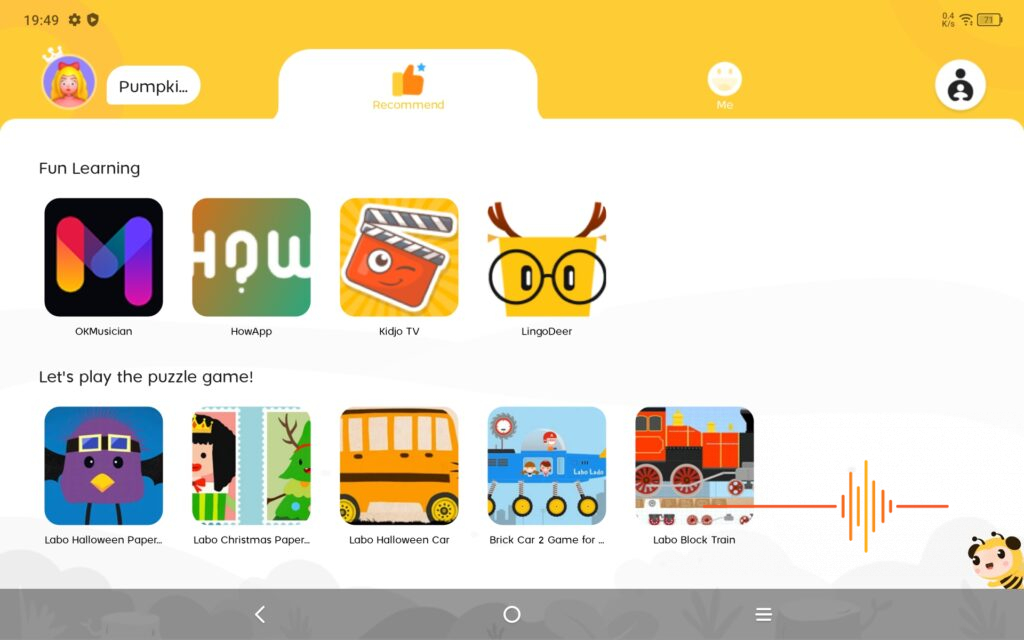 Final thoughts on the TCL TAB10s

The TCL TAB10s retails for about AUS $399. If you’re in the market for a large-screen tablet at an affordable price, the TAB10s should definitely be on your list of contenders.

While it might not boast top of the line hardware, you’re getting a decently performing tablet that does what is claimed. Even in today’s saturated market, you’ll struggle to find a tablet of this calibre, with the included extras, for a similar price. It is an ideal tablet for any young student on a budget, or a family looking for something for their younger kids.
I’d like to thank TCL for providing me with the loan of the device. 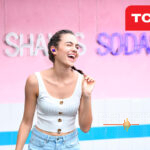 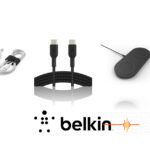 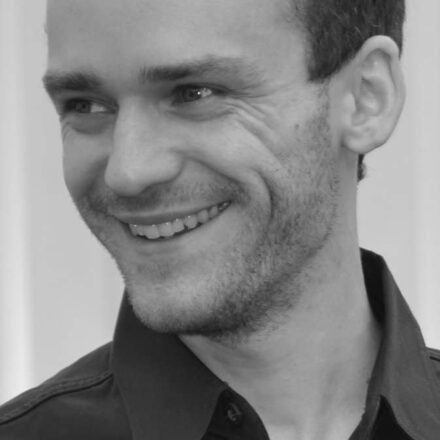