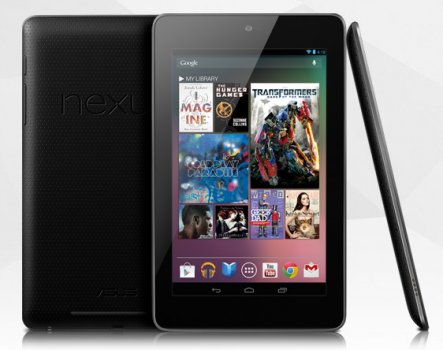 Ever since Asus announced their sub-$300 tablet at CES 2012, I have been itching to get my hands on one.  Then it all went quiet for a while until it resurfaced as a Google Nexus device.  I had a standing agreement with my wife that as soon as the Nexus 7 is launched I will be pre-ordering one and now DigitalReviews get to take a spin with it.

Disclaimer
My history with Android goes back to Froyo, the OEM ROM on my HTC Desire lasted about a fortnight before I embarked onto the custom ROM track.  Before that I had an iPhone 3G for about 2 years and right now my daily driver is a Galaxy Nexus.  There is an iPad 2 in the house that my toddler believes is his and I am hiding the Nexus 7 away from him.  Whilst some comparisons between Android and iOS is probably inescapable here, this is a review of the Google Nexus 7 and not a which is a better tablet or better OS talk fest.  It is horses for courses.

First Impressions
There are a bunch of hilarious unboxing videos on the web for the Nexus 7. There were some minor trepidations on my part when the FedEx courier turned up and it was my turn.  Yes the packaging is very tight, but I had no issues getting my tablet out from the confines of its packaging and I did not have to resort to destroying the box.

The first thought is compact!  The Nexus 7 fits comfortably in my average sized hand to hold and view contents.  In portrait mode I can support the tablet at about the midway point on the underside and my thumb will reach halfway across the touch screen.  More on usability later.

The back of the Nexus 7 has a rubberised plastic finish with dimples which provides a nicer grip and a warmer experience.  In fact it almost feels like I am holding a Moleskine or a leather bounded book of a bygone era.  It feels personal and intimate yet totally at home in an ultra modern world.

Coming from Asus, the build quality is impressive, there is no give or flex in my unit and all the joints are flush.  There seems to be some reports of loose screens on the web which has not been apparent here.  The only physical buttons are all located on the right side of the device, with the power on top and a volume rocker button directly below.  On the bottom of the unit is a 3.5mm microphone jack, a micro USB port for charging and a thin speaker port appears on the back near the bottom.

The bundled charger is a 2 Amps affair.  It is noted that a 1A charger will not work and you can still drain the battery whilst plugged into a 0.5A charger.  On the 2A charger it took about 4.5 hours to charge from 25% out of the box to fully charged. 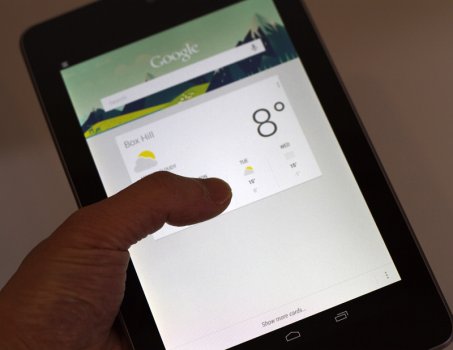 In Action
Without GSM support, the first thing the unit prompts for after power on is for wireless connectivity.  As I bought my unit from Google Play at launch, upon signing in I get a notification that I have received a $25 credit on Google Play and a bunch of preloaded goodies as listed here.

On the Jelly Bean OS, similar to Ice Cream Sandwich there is a non-intrusive guide to start using Android that disappears as you proceed.  More on the software later.

The display is bright and rich in colour for most parts.  There are no complains when I am watching a video streaming off my home network, or browsing photos off one of my favourite websites.  There is a certain level of muteness that is particularly noticeable on the home screen.

Without a battery killing 3G or LTE chip, the non-removable battery is rated for about 8 hours of active use.  Considering the size of the Nexus 7 and that it weighs in at only 340 grams (compared to a wifi only new iPad at 652 grams), that is quite an impressive achievement.

One thing that draws me to the 7″ form factor is that I find it a good balance between the 4.65″ screen of my Galaxy Nexus and the 10.1″ size of the iPad.  My phone is at a bare minimum where I can type comfortably or read an eBook.  The iPad requires both hands to operate or at least somewhere stable to put the iPad onto so I can operate one handed even for reading an eBook.  At 7″, the Nexus 7 allows me to read an eBook and be able to flip pages with one hand only.  A particularly handy capability when you are trying to settle a toddler and want to do more than staring into the dark.

Jelly Bean
Being an experienced Android user, I was keen to compare ICS to JB.  In particular I wanted to see “Project Butter” in action.  “Project Butter” for the uninitiated is Google’s push for “as smooth as butter” user interface (UI).  Whatever magic Google has weaved, the UI is just a little nicer, better and yes, smoother.  While ICS represented a huge leap forward in maturity and usability from Gingerbread, Jelly Bean takes it to another level of refinement.  It is like a stick of cinnamon that has been simmering in a pot of chilli con carne for hours – it tastes nicer, but you can’t put your finger on exactly why so.

The upgraded notifications makes what I have always considered as one of the best features of Androids even better.  I can now expand a notification to get more information, such as read more of an email or SMS, without launching the app and hence dismissing the alert.  With a pinch movement I can collapse it again in summary mode.

And the last feature of Jelly Bean I want to touch on is Google Now.  What is Google Now?  It is an improved Voice Search functionality merged with a truly useful personal assistance service.   By default it automatically shows the weather for your current location along with a three day forecast.  As it learns more about your habits, it will start to display more functionalities.

For example, I have added my work and home addresses into the Location History (Google is at pains to state this is not shared with anyone).  Over time it will start to tell me when I need to leave home to arrive at my appointments by the right time, with traffic conditions (or public transport) taken into account.  Other “cards” in Google Now includes traffic, public transit, flights, sports, next appointment, translation, currency, time back home (time zone) and places  While mine is still in learning phase, I can expect it to be extremely handy as time goes by.

My last brush with Siri I got very sick of hearing that Siri cannot assist with my request, whereas with Google Now, the Voice Search thus far has been fairly accurate and listing results from Google search makes it easier for me to choose to get more detail from the results. 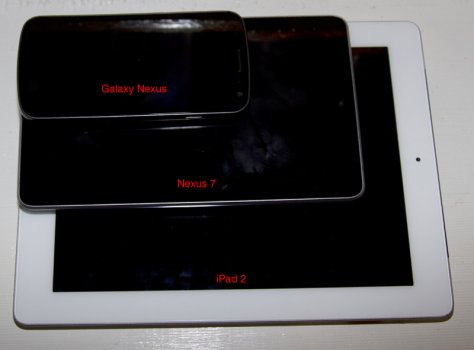 Gripes
There is not so much gripes about the Nexus 7, but there are some design or decision points made by the Google that should be highlighted.

Firstly there is only a front facing camera at 1.2 MP and capable of 720p recording.  This is more than sufficient for Skype type of usage in my opinion.  In a recent holiday in Rome, I witness the totally ridiculous scenario of a tourist with a DSLR around her neck, and holding up an iPad to get a selfie with the Colosseum in the background no doubt for social media distribution. If that is your modus operandi then by all means indulge yourself but that would not be something I would do personally with a tablet.

Many have lamented the limited storage space on the Nexus 7 and lack of micro SD card slot (and Nexus devices in general).  My understanding is that Google wants to avoid the strange partitioning that plagues some devices where storage is carved up in wonderful manners not conducive to the way Android OS can use properly.  Again for my usage case, media is generally going to be streamed from my home network with the exception of when I plan to be on the road for an extended period.  16 GB for apps, emails, a few games, eBooks is definitely going to see me through particularly without the main storage hogger on my phone – camera photos.

It would be nice to have a 3G or LTE modem in the tablet, but I already have a phone with a large data plan.  Personally I do not care to have another data account for a tablet and most unlikely waste the quota on it.  It is simple enough to tether the Nexus 7 to my phone for the times when I need connectivity and in the mean time have additional battery life as a result.

Conclusions
The Nexus 7 is a totally capable device in a compact form.  Personally I much prefer this size and weight compared to the Apple iPad.  I can read an ebook one handed and the balance of the tablet is beautiful.  Is it an iPad?  No, the screen is not quite as stunning, it does not have a Apple logo on the back.  But in an *ahem* apples to apples comparison, the 16 GB Nexus 7 is AUD$299 from Google Play, and a 16 GB wifi only iPad is AUD$539.

As I said at the start, it is horses for courses.  But from a price point of view, it is hard to ignore what is a very good device at a very good price.