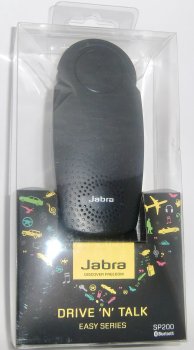 Having a Bluetooth speaker phone these days is almost essential if you want to comply with the laws that prohibit you holding a hand-held phone while driving.  And fortunately, there is plenty of choice on the market.  Today we are reviewing the Jabra SP200 speakerphone which is a rather basic unit, simple to use and inexpensive.  For most people an ideal choice.  So let’s check out the features, the sound quality and ease of use.

Some time ago we reviewed the Bluetrek Contour Design SURFACE SOUND COMPACT and we will be making some notes in comparison with that model as we have the most experience with that one so far.  The first impression of the Jabra SP200 is that it is pleasantly styled with basically two enormous buttons.  Personally, I like that very much as being able to tap a button whilst driving and keeping your eyes on the road has to be an easy matter.  The Bluetrek is a bit finicky in that it’s easy to miss the button or having to hunt around for it.  Not very safe.  Similarly with the volume control.  This massive wheel sits on top of the unit and is very hard to miss!  It’s a continuous wheel that goes around and around. There is audio feedback to indicate which level you’re at and even when you have reached the maximum or minimum volume setting.

One seemingly minor point but which can be frustratingly annoying has been easily resolved in the SP 200.  I’m talking about the LED flashing when everything is okay.  If something is not okay you want to draw attention to it by flashing.  That should be very clear.  I have often had to switch off other devices whilst driving at night because a very bright LED would be distracting me even when everything is okay.  Now, on the Jabra a solid blue LED indicates connection and it only starts to flash when a call is coming in.

Pairing is also very simple.  As with the Jabra HALO there is the automatic pairing mode when you first turn on the device but for pairing at a later stage just hold the one big button for several seconds until it gets into the pairing mode (pass code 0000).

As far as functionality is concerned, the prime purpose is of course to answer and end calls through the big button but you can also reject calls, mute calls, redial the last number or use your voice to dial the person. 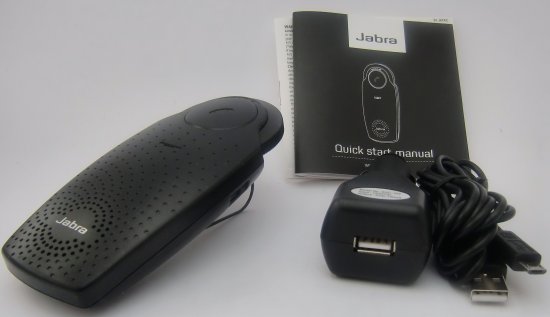 Testing
Jabra has some pretty nifty noise reduction and echo cancellation built into their products and there is no place where it is more needed than that in the noisy environment of a driving automobile….  That this works is a fact confirmed by several test calls were both parties acknowledged the quality of the call to be quite clear.  You will always know though the call is made over a speakerphone but that’s okay. The volume on this little (comparatively speaking) unit is quite good, almost loud. The BIG Button makes answering calls very easy but you have to know the difference between tapping and pressing it, otherwise you’ll invoke different functions.  Some people may find it handy to take the speakerphone out of the car when they are done driving and just put it on their desk.  I’d rather prefer to let the Jabra HALO work in that environment though.

You can switch off the unit with a built-in switch on the side but if you forget, as I do regularly, it’s good to know that without any activity that the unit will switch itself off in 15 minutes, saving battery life. On that note, you probably only need to charge it every fortnight as battery life is quite decent with a standby time of 23 days and talk time of 10 hours.  Chuck the car charger and USB cable in your car and you’re always ready. 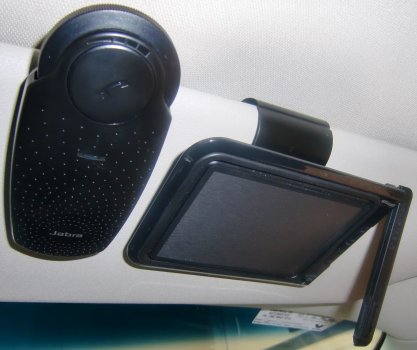 Conclusion
We continue to be impressed with the quality of the Jabra product range.  It’s not only because of the good design but the “soul of their machines” is the wireless technology, noise reduction and DSP wizardry for which the parent company GN Netcom is well-known.  Coupled with a reasonable price point and we can highly recommend the Jabra SP200 to the travelling public.  At this time of year it even makes an excellent gift for someone!

In Australia this unit sells for a shade under $70 and can be found in Vodafone outlets or directly from Brightpoint.

We hope to review the Jabra Cruiser at some stage in the near future which is the more capable brother of this basic unit and sports an FM transmitter so you can listen to your favourite MP3s on your phone through your car stereo.  Stay tuned! 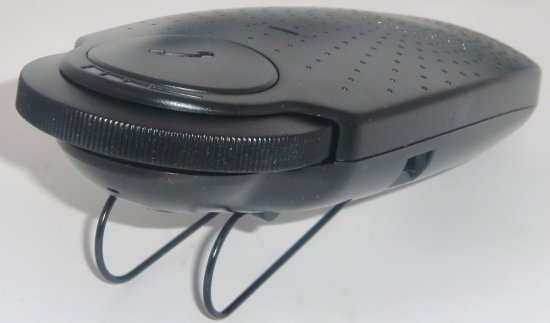