Flybook V33i with HSDPA from Dialogue Reviewed (Part I) 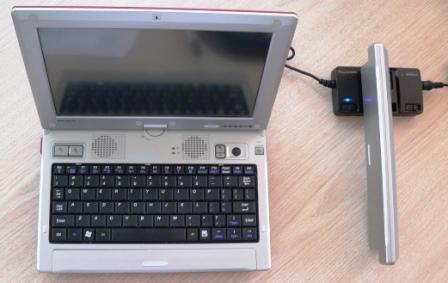 There are few notebooks that have been head turners from the moment they were launched. The Sony Vaio is one of them and the Flybook from Dialogue another. It’s been about two-and-a-half years ago when we first reviewed the original Flybook  ultra-portable notebook.

At this very moment the latest incarnation, the Flybook V33i,  is  glamming up our desk, sporting a deep Ferrari-red exterior, making its diminutive size even  more delectable…

Now that the Flybook has attained almost cult status, the question remains: is our first  love for this highly connected machine still there?

When I talk about the Flybook having somewhat of an iconic or cult aura about it, I’m not  just talking about the desirability of having this very well-connected travelling companion  at your side. But the fact that Dialogue can get away with bringing out a new model after so  many years that has not essentially changed outwardly and even internally doesn’t even come  with anything faster than a Pentium M, says something.

It means it’s either offering a hopelessly outdated laptop for quite a bit of money or  Dialogue has found a form factor in this tablet PC that clearly works for many folk who need  ultra connectiveness and ultra portability.
I am one of those who can appreciate what Dialogue has crafted here.
But let me add in a hurry that this is not your average, run-of-the-mill laptop.

So skip this review if you don’t need
1. the convertibility of the Flybook (meaning you can twist/turn/fold it like a tablet PC)
2. the ability to write on the touchscreen (the Flybook has built-in handwriting recognition  software)
3. the portability of this compact notebook (half the size and less than half the weight of  standard laptops)
4. the connectivity the Flybook offers (every mode of connecting to the outside world,  including HSDPA through a SIM card slot)

That’s a lot of goodness is a small package.
But to be fair to our readers, there are limitations and areas of improvement to report on  as well.
As we did with our earlier Flybook reviews, this is a multi-part write-up.
Here are our initial impressions and again after about 3 months we’ll have a final review  when we’ve worked with the V33i on a daily basis.

That one will include full specifications  and comparisons with the original A33 model.

Let’s have a quick look at the outside of this new Flybook. The small size never ceases to amaze fellow travelers or latte sippers when I whip out a Flybook.

This new model even more so because of the deep-red colour. Not quite Ferrari-red  as there is a “dullness” to the cover that comes from having been “rubberized” somewhat. Personally, I quite like the exterior because it makes it less slippery (my old Flybook had  a glossy, slippery silver on the outside — cool but care was needed to not let it slip out  of your hands!). This deep velvety colour looks and feels great but fingerprints are easily  seen. Again, care in handling is needed).

The Flybook has everything you’d expect from a full-sized laptop except a DVD/CD drive. If this is not your primary PC you can well do without the drive. Makes it more compact,  less weight. And on the road you seldom need a drive (except to watch movies perhaps). An optional external drive is available though but we’d rather have seen one incorporated in  a docking station.

The front side of a closed Flybook presents sleek and without any buttons, LEDs or ports.
The right side is fairly similar with only a stylus barely visible against the underside.
That is where you also find a Reset hole! Just like with a Pocket PC…
The left has the Power On/Off button and a covered SIM card slot.
More about our experiences with that in Part II of our review.
The back side of the Flybook bristles with ports, including a couple of 1394 ports and a PC  card.

Open up the Flybook and the first thing you notice: no touch pad but a “joystick”-type mouse  button, bit like the old IBM “ThinkTanks” had but more recessed.

However there are TWO sets  of Left/Right Click buttons and even a PAN button for scrolling. Very handy indeed!
If you think you’d miss the touchpad, wait till you see how easy it is to use the whole  screen as a touch pad! So much easier to use a touch screen than to manipulate a mouse  curser into a corner. And you don’t even need to use the stylus in most cases. If the mouse sensitivity is too high (which is probably the case initially) you can easily  make it less sensitive for better control.

The keyboard is perfectly adequate for “hunt & peck” typing. Wouldn’t use it for touch  typing though.
Start-up from a total shutdown is under a minute to get XP up and running. It’s  near-instantaneous if you just close and open the lid or up to 20 secs if it went into sleep mode. You might want to turn the screen to full bright as the default is set quite a bit  lower for power saving reasons.

The unit is near silent even with the fan on. The flybook can get a bit warm if used on your  lap but nothing too uncomfortable. The supplied battery gives the machine an endurance of about two hours. Probably perfect in  most cases to quickly check emails or do some work on the road. Dialogue kindly supplied me  with a second battery, which holds a whopping 4 hours. This battery protrudes a bit from the  unit but is stylishly crafted in silver to match all the various Flybook colours out there.

To make using the extra batteries even easier, Dialogue came up with a very handy  lightweight charger that can accommodate two batteries at the time plus charge the one in  the unit itself. I must say that having the extra battery often outweighs the need to take the charger along.

Included Software
Here’s a quick summary of what’s on board when you power up the Flybook for the first time:

* EverNote Plus — for taking notes in your favourite format

* BlueSoleil — for connecting any Bluetooth device

* 3GWatcher — to initiate and monitor data and phone connections

We will give more detail once we’ve used these programs for some time.

Initial Assessment
Let’s make it quite clear that Dialogue IS an innovative company. The latest Flybook VM which has a unique screen tilting mechanism which probably will be  copied by other manufacturers, is an example of that. And so was the original Flybook when it first came out. It has been perfected in the V33i and as such will be current for another couple of years. Dialogue is of course also looking at Core 2 Duo processors but more significant gains may  be made with NAND memory, different screen technology and the like. The basic concept and form factor is near perfect if you’re looking for this type of  ultra-compact computing. A great travelling companion and much easier to use on airline seat trays than the  full-sized notebooks.

More on the Flybook V33i in Part II. 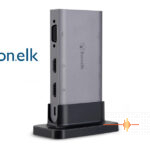 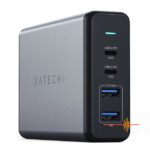