Logitech MX for Mac – Productivity Plus 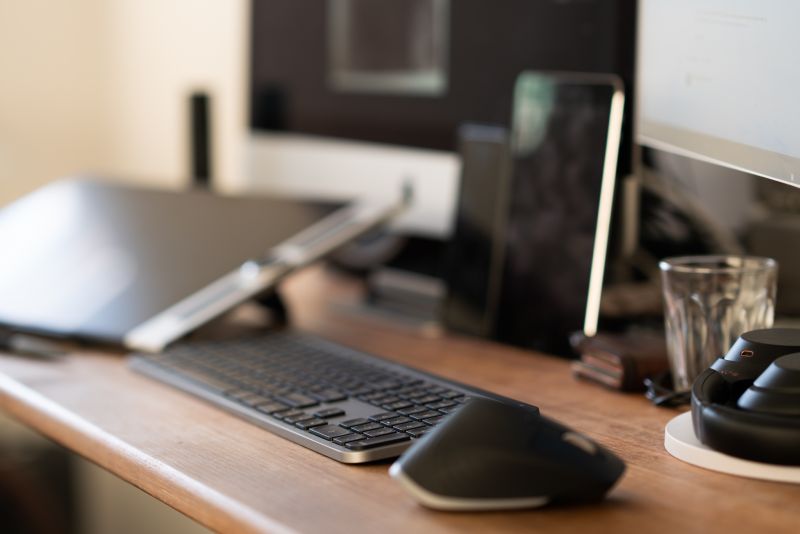 Happily introducing Simon Pollock into the DRN team. Simon Pollock is a social media manager and photographer at gtvone.com, he enjoys coffee and .. no, that’s about it, just coffee. What does he think of the Logitech gear for Mac?

It’s been an interesting few weeks here in Melbourne with COVID-19 lock-down, curfews and strict limitations on leaving the house, but that has meant more desk time for me and in turn, more time to get to know the new Logitech MX Keys and MX Master 3 for Mac, a new keyboard and mouse. The MX Master 3 for Mac and MX Keys were both provided for review by Logitech thanks very much for sending them out!

Let me start by saying MX Keys is one sturdy keyboard! I love the design of it and the implementation. Heavier than the Apple keyboard and slightly taller, it has a number pad and more ‘F’ keys than you can poke a proverbial stick at! This allows you to control your Mac as you would with your Apple hardware, the media buttons in the same place along the top, and you also get a smattering of extra keys above the number pad that you can assign specific tasks to – by default you can open calculator, take a screenshot, open the dictionary or lock your Mac in a split second. MX Master 3, the mouse is a great feeling mouse with what I like to call a ‘handshake-like grip’ it feels very comfortable in my hand, where the Apple Magic Mouse with its very low profile did tend to make my hand ache in record time, I’ve not had that with the MX Master 3, though I will say I’ve only had it a few weeks – ask me again in a year? Oh, and did I mention that the backlight comes alive when you put your hands near the keyboard and then fades to black again when you’re not touching the keyboard, so good! The backlight switches off when you get down to 10% battery to conserve that power, but then you can very easily charge both mouse and keyboard via the built in USB-C connection.

So, I’ve been a Mac user for about four thousand, six hundred and five days (I had to look that up, I was issued my first MacBook in 2007) and in that time I’ve never used anything other than Apple hardware as an input device. Essentially all I’ve known are Magic Mice and Keyboards with all of my Apple computers to date! (I’ve used one USB keyboard, a cheap from OfficeWorks, one time when something really bad happened with Bluetooth on an old computer, but that’s a story for another time!)

Coming in at $229.95 for MX Keys for Mac and $149.95 for MX Master 3, the mouse, the pair isn’t the cheapest you’ll find, but let’s look at the feature set and I think you’ll agree that it’s actually pretty good value!

The first thing that both keyboard and mouse impressed me with was their pairing ability! I’m sure we’ve all had those Bluetooth pairing experiences that leave us wanting to fire the device out through a window into the traffic below?. This time I was very pleasantly surprised! After unpacking the pair and doing a typical ‘Simon thing’ (Yes, I left the instructions in the box, but purposefully, too see how hard it was to get things sorted without them) the connection process was easy and straight-forward, connecting the first time I tried with both devices! That has to be a record of some kind? I should note that I used the regular internal bluetooth of my 2017 5K iMac and not the Unifying USB-A Bluetooth Receiver that comes with the pair.

Tapping a dedicated key on the keyboard or the button on the underside of the mouse and you can switch between up to three devices without having to disconnect and re-pair all the time, something that has annoyed me (albeit irrationally!) For a long time. I use my 13” MacBook Pro when I’m out of my office, often, (well, I did, pre-pandemic!) And will almost always take my Magic Keyboard and Mouse along and use a stand for my MacBook Pro to raise it up a little, then when I come back to my office and fire up my iMac, it’s that age-old game of “There’s no Bluetooth keyboard connected!” Now this isn’t to say it won’t happen, because I’ve noticed that if the

computer has been off all night, sometimes when you boot up without touching the keyboard, the computer will still report ‘no Bluetooth keyboard attached’ which is rectified with a press of the device select button on the keyboard, though hasn’t happened with the mouse that seems to hold on to and reconnect slightly faster than the keyboard? Not sure why this happens – perhaps something for a firmware update?

The configuration on both the mouse and keyboard is something like I’ve never experienced before now! You can adjust the function of all the scroll-wheels and buttons as you’d expect, but you can also adjust them per application, for example, I use Photoshop in my day job, and with the MX Master 3 I can setup the six buttons/wheels and assign them to functions within Photoshop, brush size on the scroll-wheel is a big fave of mine, or within Chrome, you can basically setup any control to adjust the things you’d typically have to go clicking for! For example, in Chrome my ‘wheel mode shift’ button opens a new tab.

Another feature that really stands out to me is not only the ability to switch computers with a single key press (Labelled F13, F14 and F15) but the Logitech Flow feature which allows you to simply mouse between one computer and another, you install the Logitech Options software on all of the computers, make sure they’re on the same network, enable ‘Flow’ and away you go! You can drag files and folders between computers seamlessly. For someone like me that uses a Macbook Pro away from my desk very often, having that option to come in from a client visit (or just a coffee with my laptop for a bit of different scenery while working!) And to set my laptop down on my desk, open it and drag whatever I was working on across onto my iMac and keep working – sure, I can Airdrop or just save things to Google Drive, but this is an option and I love it! In conclusion, I’d have to agree with many others, this is likely the best, most functional and well designed keyboard and mouse combo I’ve used in a long time!

The MX Keys for Mac and MX Master 3 for Mac will be available soon in Australia.

Simon swears that DRN is a great place to write for! 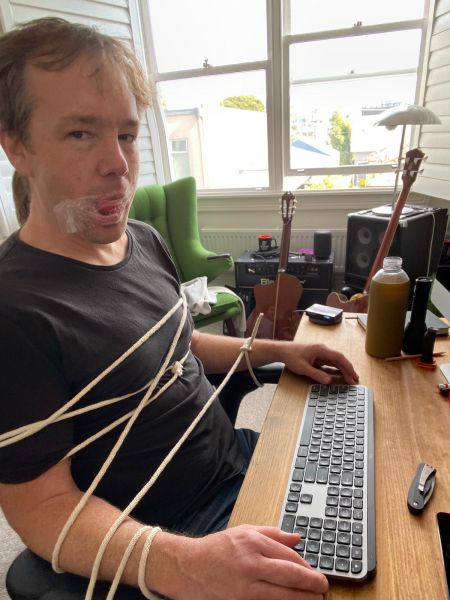