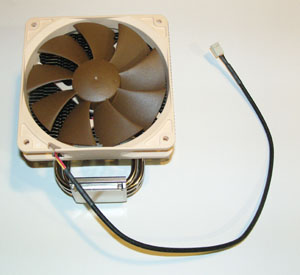 I personally haven’t heard of the company Noctua until now.  But after looking at their company website, the reason why is because they are an Austria.  But they are a well established company with a wide range of CPU coolers, Fans, and Thermal Compounds.  This NH-U12P CPU cooler is a massive cooler with 4 dual heat pipes while keeping noise in mind. 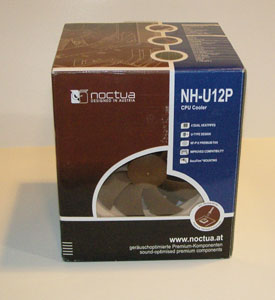 Today, we will be having a look at the Noctua NH-U12P CPU Cooler.  This CPU is comparable with both AMD AM2 and Intel 775 sockets.  This recent cooler extends upon their previous coolers by continuing their award winning design and making use of the SecuFirm mounting system which will be explained later in the review.

My first impression of this cooler was that it is enormous.  In fact, if you have seen or are familiar with the similarly shaped Zerotherm cooler, it has a similar design at first glance.  The cooler was neatly separated from all the separate components needed for installation. 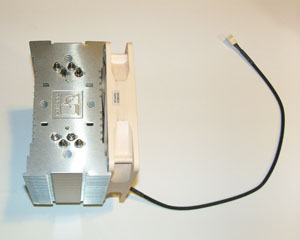 The components were all neatly separately into labeled bags.  One was labeled as common components, AMD AM2, and LGA775.  This really eliminates confusion when you are installing the cooler on a specific platform. 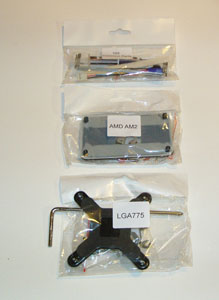 The LG775 packet came with all the necessary mounting brackets and accessories. 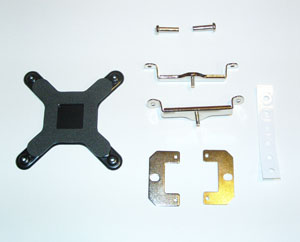 The AMD AM2 package has a few more pieces to assemble. 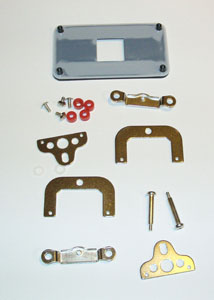 The common components package contains the things needed during the installation including the screws, thermal paste, fan wire holders, and two different attachments to control the speed of the fan. 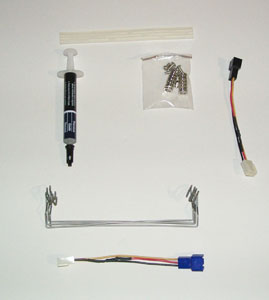 The cooler is a very large heatsink intended to stand up vertically.  The base of the cooler will make direct contact with the processor.  The design includes 4 dual heatpipes which will draw the heat away from the processor up towards the large heatsink area where the heat is dissipated by a large fan. 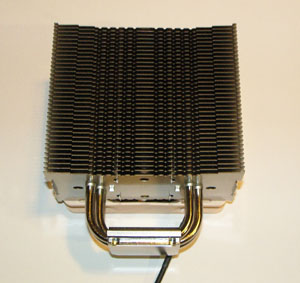 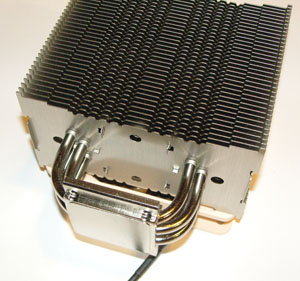 I was only able to test this cooler on an Intel Socket 775 based system.  This cooler requires removing the motherboard in order to be able to place the support bracket underneath the motherboard.  There is no adhesive at all on the bracket.  Instead there is a thin lining of foam that will touch against the motherboard. 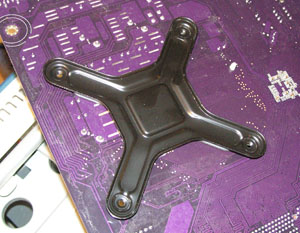 In order to secure the bracket to the motherboard, we first need to place 4 adhesive circles on each hole of the two brackets shown below. 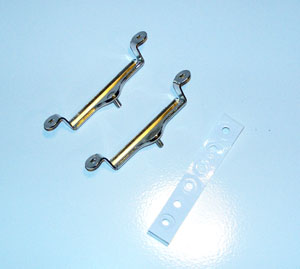 By screwing the 2 brackets from the top of the motherboard, the screws will screw all the way to the bracket underneath the motherboard to hold it in place.  At this point, the holes that you screw in the the 2 brackets will determine the orientation of the cooler so it is wise to check whether there is enough clearance for the cooler in your case.  These two brackets comprise of the SecuFirm mounting system.  The reason that this is special is because if you look closely at the brackets they are able to sit right on top of other components that may be around the motherboard.  In fact, there is a large capacitor right underneath one of the brackets on the motherboard.  This system provides the extra compatibility that it needs to work on a wider range of motherboards. 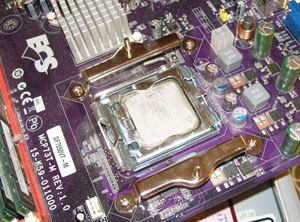 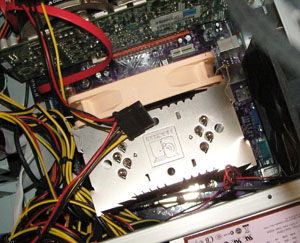 When turning on my computer, I could immediately hear the difference between the Zerotherm cooler that I was using previously.  It was even quieter.  Using the CoreTemp software, I was able to see my idle temperatures at 21 degrees Celsius compared with stock cooling at 27. I have an Intel Core 2 Duo E4500 Processor with a pin mod which enables it to use a 1066Mhz bus speed and have a core clock of 3ghz.

When running multiple programs to bump the CPU usage to 100% for a while.  I was able to do this my running a game in the background and minimizing it.  I then opened up the task manager to view the CPU usage and it consistently stayed at 100%.  The temperature steadied at a low 35 degrees Celsius making the cooler an excellent performer.  A stock heatsink would get 44 degrees celsius on my computer.

While installing the Noctua NH-U12P cooler, I was impressed by the high quality of the components and the heatsink.  There are some coolers which are not designed as well leaving some uncertainty as to whether you installed the CPU Cooler correctly.  With the elaborate instructions and pictures, I always felt that I was installing the CPU cooler correctly.  When securing the cooler to the CPU, I never had the doubt that it wasn’t touching the CPU entirely.  I was able to find this cooler listed at AcousticPc.com for the price of $62.95.  For the price, you are really getting what you are paying for…a high quality cooler with both excellent thermal and acoustic performance.  If you are looking for a CPU cooler that is not noisy and you want to lower the temperatures of your CPU, I would highly recommend this cooler.