The Essential is a dedicated Media Player from the AC Ryan family, who have built quite a name for themselves in this overcrowded market. We have reviewed several others of their models before (plus heaps of other Media Streamers as well) and with the moniker Essential you can pretty well guess that this is not necessarily their top model but quite a capable unit none-the-less. And right you are!

Let’s have a quick look at its capabilities and then have a look at some of our other reviews of the PlayOn! range to find out what they have in common.

The Big Diff
What sets the Essential apart is the reasonably big 1TB drive. 2TB units are also on the market. Not that you would notice any difference with its family siblings: they have all more or less the same minimalistic black box design. Mind you, I like it that way. You’ll find a couple of USB ports, a media card reader and of course HDMI and composite connections at the back together with coaxial audio output. All the buttonry are delegated to the remote control.

Wireless
The Essential does not come with a wireless dongle but it certainly makes connecting to the network a bit easier. We still had the wireless dongle from a previous PlayOn! box but strangely enough this one did not play nice with the Essential… I had to order a different dongle from them to make things happen! I’m not sure what the difference is between the two USB dongles, nor do I care. It would have been nice though if they were compatible! As it was I spent a lot of time trying to figure out why I could not get it to work until I found the answer in a forum. And it also took a fair while before the right dongle finally was shipped…

Having said all that, wireless connectivity is a great feature to have on the Essential. But clearly, it was not “essential” enough for the folks at AC Ryan to have it included with the box. I can live with that. However, there’s no wired networking either and I would have thought that is kinda essential! Give us at least one or the other – if not both…

I get the marketing idea behind it and most folks considering the Essential probably don’t need the networking stuff. As long as you are fully aware that it is not included.

What Does It Do Well?
The video format support is absolutely outstanding! Throw any codec at it and it will play just about any music, photo or video format that has ever been invented. This has been their strong point for many years now. Not that I have ever found a need to explore esoteric codecs like FLAC, RA-Lossless and HE-AAC, but hey, throw them in anyway. They might be essential for some geek who swears by them…

Another pleasant – and essential – “feature” is the user interface. We’ve tested it with a few of the more standard codecs and that all works as advertised of course. The menu system looks good but can do with some refinement with the navigation. The remote control works OK but is not as intuitive as some others we have lying around. 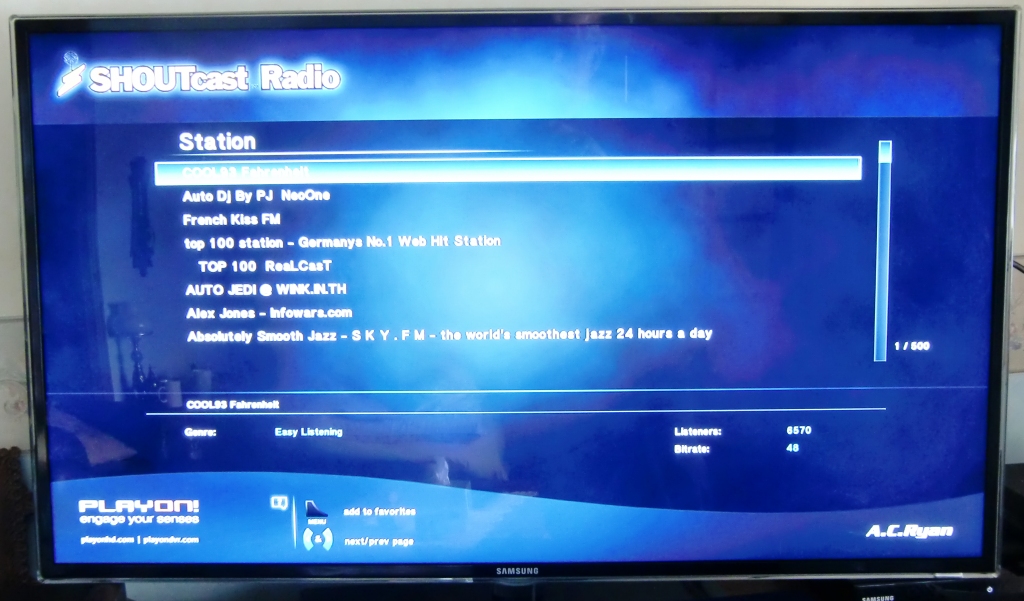 Observations and Conclusion
You may not need a dedicated Media Player if you have something like a full featured PVR around which can handle most of these things as well. However, just this morning I wanted to listen to a few lectures on a USB stick and it was just easier to let the Essential handle it rather than the TV or PVR…

The other observation: having just reviewed the Beyonwiz DP-P2, which is both a PVR and a Media Player, we can see that there’s quite a bit of logical integration of these functions in the same box. So if you need to also buy a recording device you might want to consider going that route. In fact, you’ll see an integration of these media player and recording functions in the most logical place to have them: your Smart TV. Already we can see simple USB recording and a fair bit of media player functionality in these TVs. For dedicated media players like the PlayOn! family you can reasonably expect these boxes to add even more features over the years.

Overall, for the price of less than 200 Aussie bucks it’s good value for money. A note on some street pricing I have seen: you can buy them for as low as $110 but they have NO hard drive in them… If you need networking, do consider one of the AC Ryan models that have Ethernet built in. 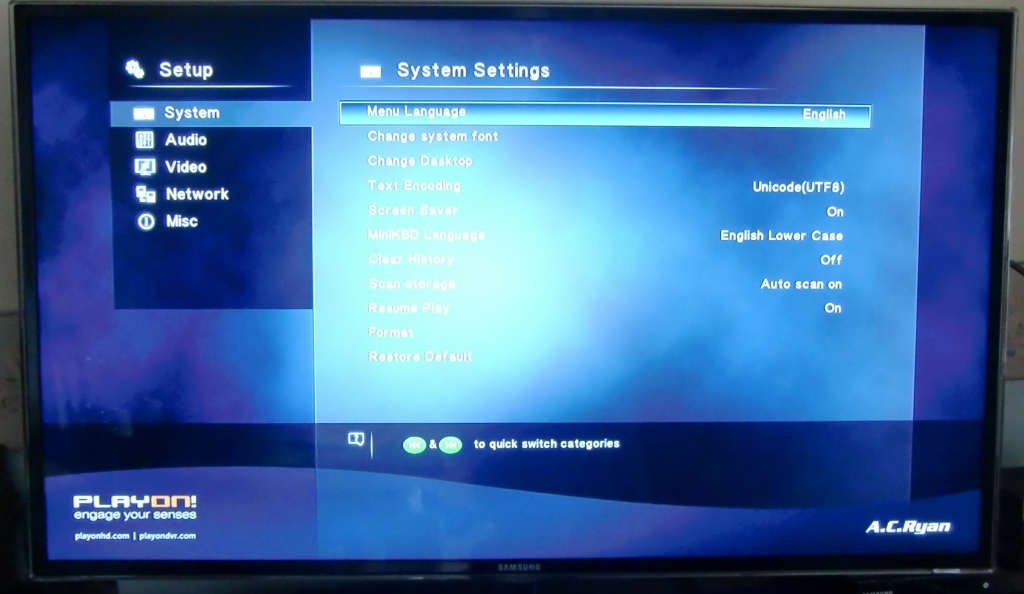 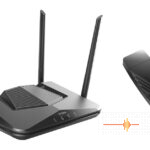