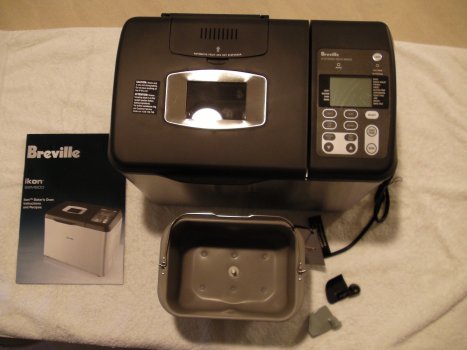 Making bread with an electric bread-maker sounds easy, but when it comes to making gluten free bread I can assure you that it is a totally different world and anyone in that world would appreciate the difficulties experienced.  Since being diagnosed with Coeliac Disease some two years ago, I have tried numerous gluten free bread recipes, mostly with little success.

My old electric bread-maker claimed to be able to make gluten free bread, but after dozens of hard, solid little “bricks” being produced, I totally gave up on using the bread-maker and reverted to the conventional oven baked method.  However, after using the latest Breville ikon Baker’s Oven BBM600 Bread-maker for the very first time, I have been converted into believing that technology really can vary immensely.  My first loaf was a delight. 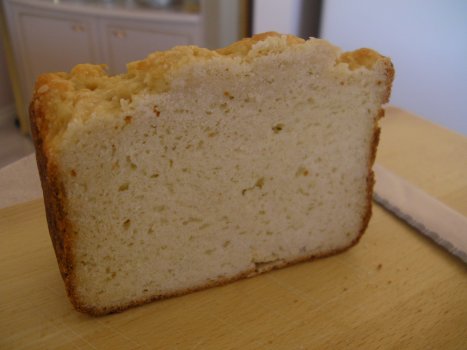 Gluten Free
I followed the gluten free recipe provided in the Breville instruction manual called “Country Style”.  The following points were noticed from the loaf produced:

Pros:
• The baked loaf had even texture and with no large holes
• Loaf had a lovely crisp crust on five sides
• Loaf tasted delicious
• Loaf had the lightest texture I’ve produced whilst using an electric breadmaker
• Bread rose to over twice the original mix size
• Due to the collapsible paddle, minimal destruction occurred to the bottom of loaf
• A total of four recipes provided, although all the same basic mix with three flavour variations
• Two different sizes (1000g and 1250g) allowed on gluten free cycle
• Once finished, the breadmaker will keep the bread warm for up to one hour

Cons:
• The top was pale and not as crisp as the remaining five sides
• The gluten free setting does not allow for the 750g size that the regular white and wholemeal bread setting cycles offer
• The alarm that sounds at the end of the program cycle is only three consecutive beeps for three short bursts.  The alarm is not loud enough, nor long enough. 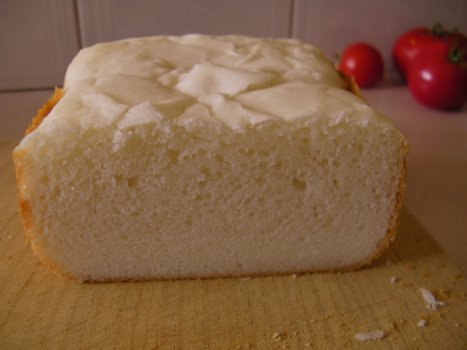 Prepackaged Gluten Free
My next gluten free loaf was a prepackaged loaf that did not contain yeast, eggs or dairy.  I followed the instructions on the packet and produced a loaf with the following points:

Pros:
• Bread was rather dense, but given there was no yeast in the mix, it was actually quite good
• The Breville ikon Baker’s Oven BBM600 bread-maker also provides a yeast free cycle and this may produce a better loaf than the gluten free cycle
• Although the loaf appeared to be a little undercooked, this could have been remedied by using the “bake only” cycle for additional baking time

Cons:
• The Breville Instruction Manual does not provide any recipes for gluten free prepackaged bread mixes.
• Packet mix was for a 800g loaf, but the smallest gluten free loaf setting is 1000g
• The texture was denser on the bottom third than the top two thirds 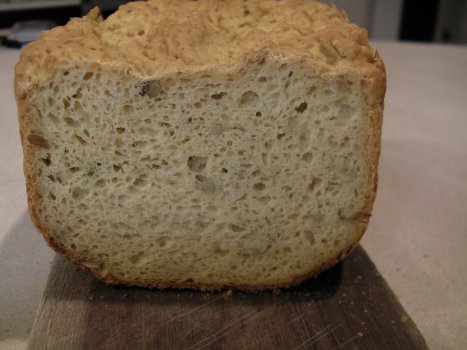 Favourite Own Recipe – Gluten Free
As I had previously managed to find a recipe that worked well in my regular oven, I tried it in the Breville ikon Baker’s Oven BBM600 bread-maker.  I was extremely sceptical as my old bread-maker produced a solid small brick when I had tried the same recipe.

Pros:
• The loaf was just as light and terrific as any I had baked in a regular oven
• Texture was even and contained no large holes
• Loaf was a good colour on all sides, including  the top
• Nice crisp crusts were produced 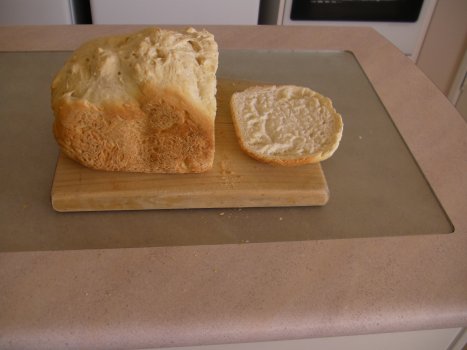 Regular Baked Bread
For those who are fortunate enough to be able to eat regular flours, I also tried a regular loaf of prepacked bread.  My husband was ecstatic with the loaf.

Pros:
• The baked loaf had light, even texture and with no large holes
• Loaf had crunchy crusts – three crust colours are available for selection
• Loaf tasted delicious
• Due to the collapsible paddle, minimal destruction occurred to the bottom of loaf
• Collapsible paddle allows easier removal of baked bread from pan
• Three different loaf sizes to choose from
• Once finished, the breadmaker will keep the bread warm for up to one hour
• Instruction manual provides recipes using 13 different prepacked mixes
• Numerous recipes provided in manual for baking various doughs and breads 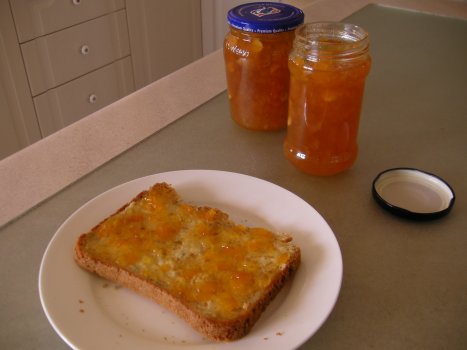 Jam Making
Who would have thought of a breadmaking machine also making jam??!!  Yes the Breville BBM600 also has this feature.  The non-collapsible paddle provided with the machine is used for this purpose.

Pros:
• Eight specific jam recipes provided in manual, with additional generic one for using any fruit
• Simple to use – just chop up fruit, mix with sugar and Jam Setta and tip into pan and press “jam” setting and then “start”
• Only takes 65 minutes after pressing “start”
• 500g of fruit made two good sized jars of jam
• Jam set well, but still runny enough to allow for easy spreading

Cons:
• Not recommended to make more than four cups of fruit at a time, so not practical for large quantities 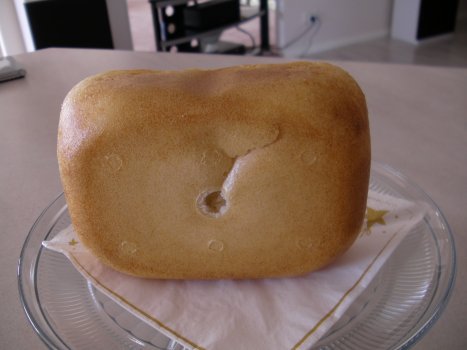 Other Features of the Breville ikon Baker’s Oven BBM600 Not Already Mentioned
• Automatic and manual program settings, including pasta and jam programs.  Provision for up to three sizes – 750g, 1000g and 1250g loaves.
• An automatic fruit and nut dispenser is incorporated to ensure these items are added at the correct time.
• A viewing light enables the operator to see the product easily at any time.
• If there is a power cut, the bread-maker will “remember” where it was at for up to 60 minutes and will automatically resume bread making when power is restored.
• Is stainless steel in design
• Includes a 13 hour preset timer
• An extremely comprehensive instruction manual is provided
• Comes with a 12 month replacement guarantee

Conclusion
I could recommend the Breville ikon Baker’s Oven BBM600 to anyone.  As well as making a professional regular bread loaf, the BBM600 also produced excellent results when baking gluten free loaves.  The addition of a jam making cycle is an unexpected bonus that works well.