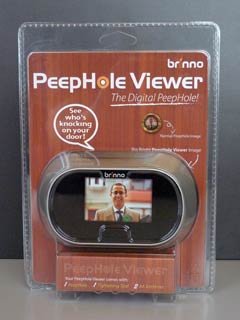 While Brinno’s PeepHole Viewer might not be nearly as salacious as you think, it does bring the age old front door peep hole into the 21st Century.

Read on for our experiences with this ingenious product.

The PeepHole Viewer comes complete with everything you need to quickly and easily convert your tiny squint inducing peep hole, into an easy to see LCD image. Apart from the PeepHole viewer itself, the small package contains two AA batteries (good for 1700 /peeps/), an new exterior peephole lens (with matching barrel), a base flange and a small tightening tool. Along with the informative cardboard backing, a warranty card and user manual round out the PeepHole Viewer’s support materials.

The PeepHole Viewer itself is very well finished and neat in its design. Its face is a smooth uniform finish, beneath the centre of which is a 2.5" TFT LCD screen. Above the screen is the Brinno logo while beneath is the power (or more aptly – peep) button. To the right of this button is an invisible until needed, Low Battery indicator.

The sides are finished in a wrap around silver plastic which is contrasted by a small black rim where the PeepHole Viewer meets the door. Overall, the unit’s design and build quality are top notch. 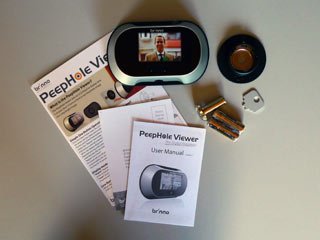 While the simplicity of the installation was partly due to the helpful diagrams, the included tightening tool was invaluable for not only tightening the new peep hole barrel to the base flange (and door), but it was also useful in removing our old peep hole.

After the base flange and peephole barrel were secured to the door, the PeepHole Viewer clicked onto the flange with a slight left to right motion. Once attached to the door, a small screw underneath keeps everything secure and avoids any accidental right to left knocks from dislodging the unit once it is in place. 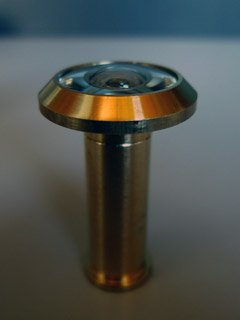 And that’s it, really – In five minutes flat we were ready for, err.. peeping.

Using the PeepHole Viewer is even easier: A quick press of the button beneath the screen reveals a clear and bright image of what is on the other side of your door.

Once the peep button is pressed, the image remains active for approximately ten seconds before it automatically turns off. Pressing the peep button again not only gives you another ten seconds of peeping but also zooms in on the centre of the image – Particularly useful for the elderly or visually impaired.

While the image was perfectly acceptable for identifying people behind the door – Particularly when zoomed – it is worth noting that the image is clear and bright in a functional, rather than videophile kind of way. For example, the image was always distorted towards its outer edge due to the wide viewing angle of the exterior peep hole lens, but in no way did this affect the overall usefulness of the images the PeepHole Viewer produced for identifying what visitors.

Despite the viewing angle constraints, the overall image and functionality of the Peephole viewer was acceptable except for one, critical circumstance: Night.

While the PeepHole Viewer has obvious applications with the elderly and visually impaired, its neat design and its simple operation is likely to appeal to any gadget minded individual. Our only real concern with the PeepHole Viewer is its inability to operate effectively in night/low light, which for some will be a deal breaker. 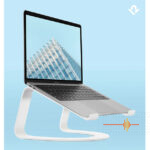 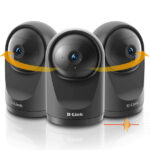