Hands on with the New Model Kenwood Cooking Chef – the Ultimate Kitchen Machine? 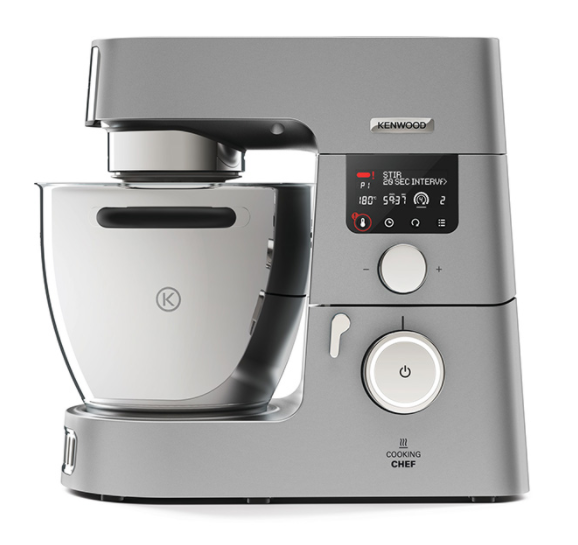 Sometimes a product can be so familiar and yet so unknown…

Take the Kenwood for instance. We’ve had one or more in our families for over 50 years.
It was the most versatile and useful kitchen appliance around.

And then a couple of years ago they came out with the Kenwood Cooking Chef.
Whoa! This is NOT your mother’s Kenwood!

Let me tell you about this awesome machine…

In a nutshell, the aptly named Cooking Chef does not only do the standard slicing/dicing/beating/mixing that we are so familiar with but also COOKING!
Now that takes its capabilities to a whole new level. And required a totally new build.

Unpacking this heavy duty machine had us in awe – and we are jaded journalists so that doesn’t happen often!

It’s a towering appliance that oozes strength, capability, elegance and beauty.
Now, I’m a fella so I don’t gush over a kitchen tool that I’m not likely to use all that much.
But this is different. I wanted to get to know this appliance and how to con and coax the gastronomic delights out of the Cooking Chef that it’s programmed with.

So let’s do a quick feature summary first. 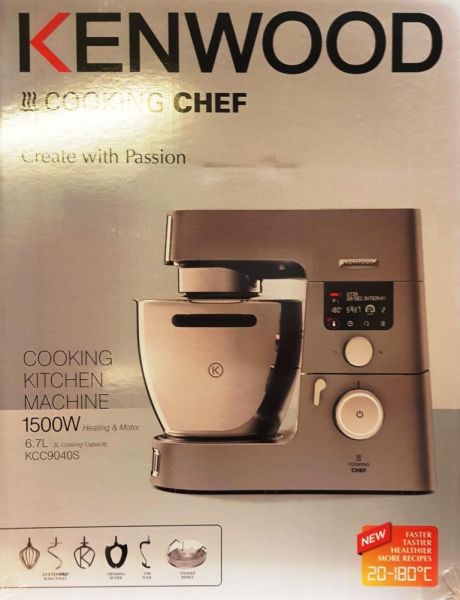 Our review model is the KCC9040S, the “Mark II” of the Cooking Chef.

This model differs from the previous edition which came with a food processor and a blender accessory. These are actually the most essential items you’ll want to have with the machine and for a short time the new model was promoted with 2 accessories out of a choice of 20 possible attachments. All of them are priced under 170 Aussie bucks which is not too bad.

The new model is officially priced at just a fraction under 2 grand which is Thermomix and Hotmix PRO territory.

Inevitably, people will make comparisons with these products but I’ve got a feeling that the Kenwood is in a league of its own. And I’ll tell you why shortly.

So what are the main differences in features?

The new machine is superior in terms of temperature, interface display and bowl tools. 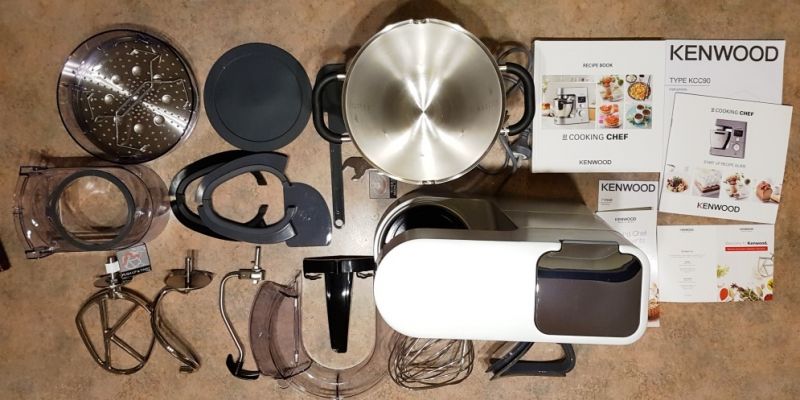 The key features are:

* Superb mixing, whisking and kneading as per the traditional Kenwood Chef. Ideal for baking etc.

* Simple and safe induction cooking from 20 -180 degrees in 1 degree intervals.

* Automatic Cooking Programs with some 20 settings which will take care of all the necessary temperature changes, power and stir settings for a recipe.

* A massive 6.7 litre capacity bowl, the biggest in this class. Keep in mind that when cooking you should not go above the max 3 ltr level, which is still huge.

The first thing that impressed our team when we unpacked the 13kg machine is the superb build quality. Heavy duty down to all the stirring, whisking and mixing tools.

Great recipe book, based on the older model and a smaller one specifically geared to the new edition. One improvement would be very helpful: clear description of how many people a recipe serves and the total time needed.

I found that eg the recipe for risotto was very different in the two books, one calling for 140 and the other for 100 degrees… We tried them both and the outcome was also a bit different.
A real chef – such as our primary reviewer who ran her own restaurant for nearly a decade, would have little use for these recipes but they are very helpful for guys like me.
Also, because of various allergies, we tended to vary the ingredients with most of the recipes anyway.

The big display is very intuitive. Temp and timer are easy to set. When you cook, a plastic heat shield needs to be inserted to protect the head. Easy to do but it has a tendency to also come off easily when you lift the head. Not a big deal: use the fingers of your left hand to help it stay on.

There’s also a splash guard that goes over the bowl and helps to keep moisture and heat in. A big flap in this guard can be used to pour ingredients in the bowl so checking up on what’s happening inside the bowl is a very “transparent” affair. Much easier than with some of the other kitchen machines!

(As an aside: this very morning I read another report on the volatility of heated foods in a closed off bowl when it has been stirred vigorously and some people have been seriously burned when they opened the lid of the popular TM31 Thermomix. Somehow I cannot see this happen with the way the Cooking Chef operates.)

Another small note of comparison (keep in mind that there really is no comparison between these two appliances other than their ability to process and cook food): when the Thermomix finishes its work there’s always a mad dash across the kitchen from whoever is within earshot of the very loud alarm that will only stop when you turn it off.
The Cooking Chef has a discreet three little beeps to announce it’s done. Very British, I must say…
In use it is also very quiet. 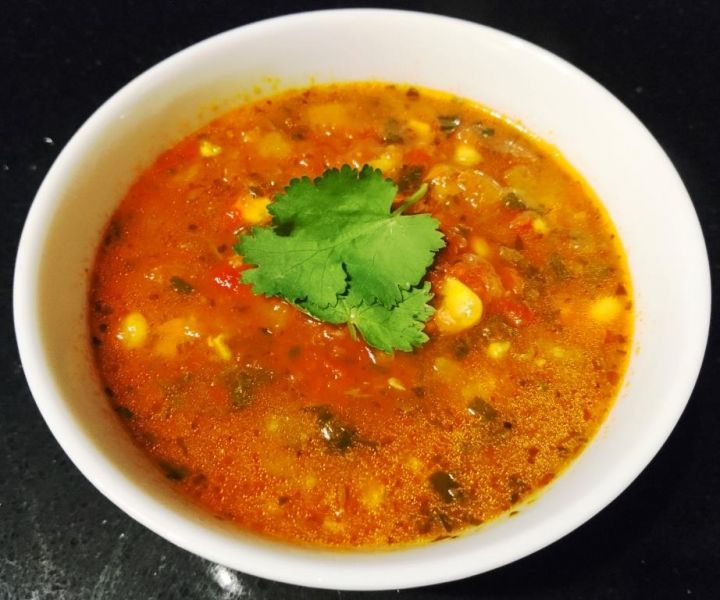 For our first meal we tried out the pre-programmed risotto. For some reason that is always the first dish in the recipe books. Easy to make and quickly too.
Funny that both recipe books called for a different stirring tool to be used so we tried both.
The high temperature creaming beater can squeak a bit in a dry bowl when the rubber touches the sides.

From there we moved on to our pasta favourite where the parmigiana sauce was the best our resident chef had ever dished up (her words and we agreed).
Beef curry, a Mexican soup and Smoked Salmon Penne were also some of the recipes we had great success with. And we whipped up some passionfruit cheesecake, gluten-free almond friands and peanut butter shortbread.

We have not used the Cooking Chef much for any of the standard Kenwood functions as we wanted to concentrate on its cooking capabilities. Rest assured that we’re very glad Kenwood has not abandoned its core business of being the best mixer around.
You’ll find too that with the various stirring and mixing tools you can get the consistency you want in your recipes rather than the mashed baby food consistency that you might get in a kitchen machine with just fast-spinning blades. 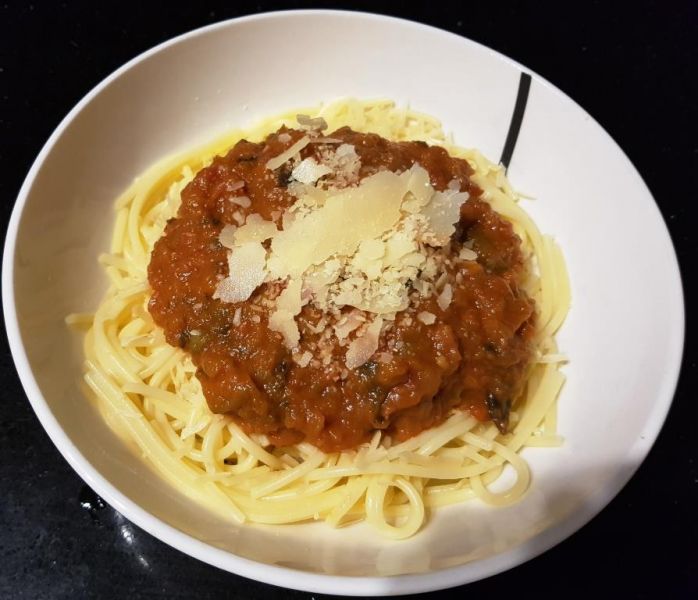 If you’ve ever cleaned up sticky stuff from one of the other kitchen machines with sharp blades, you’re gonna love cleaning up this one (OK, “love” is too strong – no-one loves cleaning up but it’s surely a lot easier!).
The wide bowl makes it easy, no sharp blades to detach and clean and most of the tools are dishwasher safe.
When you’ve been cooking for a while like doing a beef curry, things get steamed up quite a bit but cleaning the Kenwood is easy.

The Kenwood Cooking Chef KCC9040S Kitchen Machine is in a league of its own with massive power (1500 Watts), massive capacity (6.7 litre) and massive warranty (10 years).

It’s been built on the expertise and many years of experience of Kenneth Wood ever since he introduced the first Kenwood Chef in 1950. For the last 16 years Kenwood has been part of the De’Longhi group.

We were impressed by the build quality and “elegant presence”, versatility and capabilities but most of all by its ease of use and great results.

So, based on several weeks of testing, what’s our recommendation?

We always look for the Value-for-Money factor in our reviews.
When you are looking for an all-in-one kitchen machine you can’t go past the Kenwood Cooking Chef. Even the price at nearly two grand is reasonable, given what it is capable of.
It’s like having a resident sous-chef in your house. And a handsome one at that too…

We’re giving it our highest accolade: our Editor’s Choice Award!

As always, we will undoubtedly update this article over the next few months to give you a longer term experience and also because we have not even begun to explore all its capabilities. And there are some recipes that look so delectable that I have to try them out!

We’ll also be giving some mini-reviews on some of the accessories that we deem essential, like the food processor and blender. 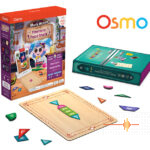