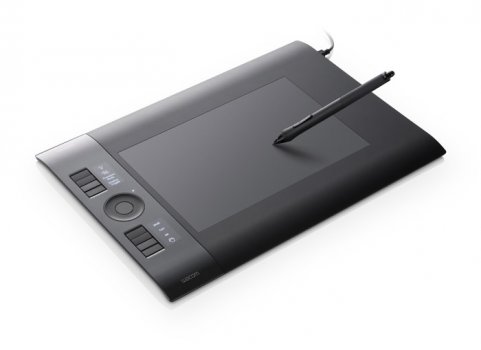 The Intuos4 Wireless Professional Pen Tablet by Wacom is a drawing tablet designed to help you make digital art in ways that never could with a a mouse, keyboard, and track pad. i got to check one out for a few weeks and here’s what I thought.

First off, it’s important to know my background so you understand my perspective on this review. I am by all accounts an amateur artist, having done just a bit of drawing in my free times and taken a couple of art classes in college. I had never used Photoshop, Illustrator, or anything sophisticated before this review and I’d spent a grand total of about two minutes playing with a drawing tablet, unless you count using an iPad with a stylus.

When I first took the Intuos4 out of the box, I immediately noticed its design. It’s hard to see it properly in the product pictures, but everything is ergonomically contoured. The tablet is flat across the drawing surface and slopes downward on the top and bottom, meaning your wrist and forearm are comfortable regardless of if you’re using it right or left handed. It’s also completely symmetrical, so you can flip it around and have the buttons on the right or the left side with a switch on the edge to change the settings. The edges have a small cornering to them and curve inward, making the tablet easy to pick up. Of the programmable buttons on the side, the innermost two buttons in each group of four are slightly raised so you never have to look to see what buttons you’re pressing. 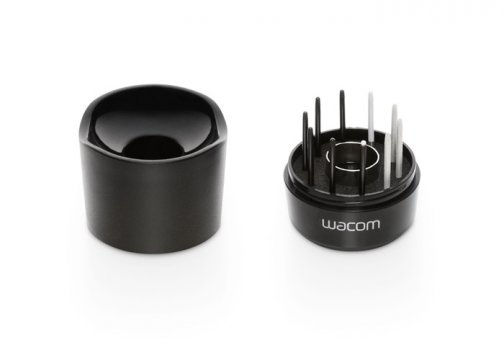 The pen and “inkwell” for the Intuos4 show the same level of design polish as the tablet itself. The pen is about the same size as a thick ink pen with half of it covered in a nice, rubbery grip. The well is weighted with a cutaway lip on the top so you can rest your pen vertically or horizontally and it won’t get away from you or tip over. If you twist the top of the well off, there’s storage for “nibs,” the consumable, variable friction pen tips, as well as a tool to change them out.

Overall, the form factor for the Intuos4 is excellent; it’s one of those rare products where you can tell its quality before you turn it on and actually use it. In my experience with the Intuos4, I never found a moment where I was physically uncomfortable with the product design.

Installing the Intuos4 drivers and software takes just a few minutes, while initial charging takes a couple hours. The battery seems to last almost forever; I’ve used the tablet almost every day for 15-30 minutes a day or more, turned it off and on repeatedly, and had several extended sessinos with it, but I haven’t plugged it in since day one and it was still at 35% battery power at the time of writing*. Once charged, it connects via Bluetooth and is up and running in moments.

The nibs also seems reasonably durable, as I haven’t even thought about replacing the first one I’ve been using, though some professional artists say that the nibs last them just 1-2 pieces before they need replacing. Your mileage may vary.

*(Several minutes after I wrote this, the red light came on, silently indicating that it would probably be a good idea to recharge soon.) 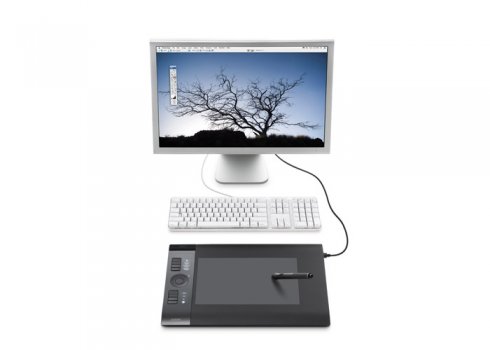 In use, the Intuos4 is exceptionally responsive. By default, the drawing space represents your screen to scale, so the edge of the drawing area is the edge of your screen. The way it works is that hovering the pen a few centimeters or less above the tablet moves the cursor, while making contact with the surface is equivalent to a left click. The buttons ont he pen are for right clicking and double left clicking. The drawing surface itself doesn’t respond to your hands at all, a welcome relief for anyone who has tried to draw on a capacitive touch screen.

The Nuts and Bolts

For example, accomplished concept artist Feng Zhu has done some incredible things with the Intuos tablets. Below are a few of his works, courtesy of the Feng Zhu Design school website.

I, on the other hand, could barely do anything useful with the Intuos4 drawing tablet the first time I used it. It was incredibly difficult to even click on menus, never mind draw anthing coherent. I have someone else a shot at it and she was even more confused and frustrated. However, after maybe 30-60 minutes of practice, it all started to make sense. With use, the sensitivity became important and powerful, not cumbersome and unmanageable. After two weeks of consistent use, I feel like my drawing ability using the Intuos4 is essentially on par with my pen and paper drawing ability. With the additional tools afforded by various programs like Photoshop, Illustrator, and others, I even prefer digital art at this point because I no longer see an interface hurdle that I used to experience with a mouse or trackpad.

My lovely pixel art of a chameleon.

Of the eight programmable buttons on the side, I found them to be useful and accessible, but I get the impression that I could be getting more mileage out of them if I was more familiar with what to set them to. They work perfectly with Photoshop and changing their settings is a breeze, but I just don’t know enough about the programs I’m using the be a button wizard and I found myself using keyboard shortcuts constantly.

The touch ring was really what I used the most, with the ring beign similar to a scroll wheel and the button in the middle switching between zoom, brush size, layer selection, and canvas rotation. My biggest complaint about the Intuos4 in general is that the touch ring feels overly sensitive. It’s extremely, well, touchy, to the point where it’s hard to remove one’s finger from it without accidently changing something. For instance, I’d zoom to the level I wanted, then as I removed my finger from the ring it would zoom in or out a notch. With all of the practice I’ve had so far, that’s still one thing I just haven’t adjusted to yet.

Overall, if you’re looking to do digital art, the Intuos4 Professional Pen Tablet series is almost certainly something that’s going to make life infinitely easier. Several weeks ago, I read somewhere that trying to do art with a mouse is like trying to paint with a brick and I can say after using the Intuos4 for a while that this is a reasonably good analogy. It may take some time to adjust and you may or may not use the handy buttons and touch ring as much as you could be, but ultimately the experience that the Intuos4 provides is leagues apart from using a mouse, keyboard, and track pad to get anything done. 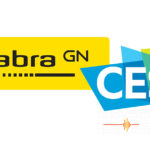