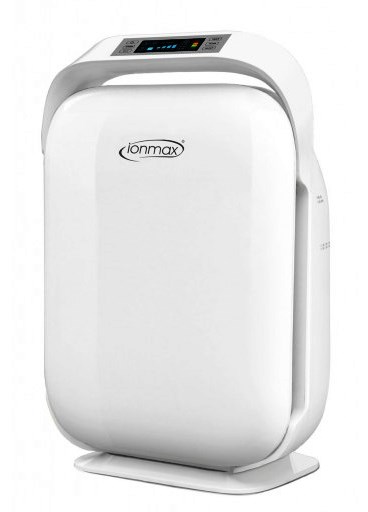 Sometimes it is a blessing that we cannot see all the dust and detritus that is floating in the air around us, particularly in the home. But at other times it would be very useful, even though scary, to actually see what you are breathing.

Sure enough, we have filters in our nose and our lungs are probably doing a lot of the filtering too but wouldn’t it be wise to filter out a lot of the harmful stuff before it enters our bodies?

This is where appliances such as the Ionmax ION450 Air Purifier come in.

You don’t think you need one?
Let’s see.

In our urban society we just know that we are inhaling a lot of rubbish: traffic fumes, diesel particulates, chemicals from nearby factories, smoke from cigarettes, smoke from wood fires — the list is endless. Sure, most of us will still survive well into retirement age despite all that but the quality of life can be severely affected.
Modern air-conditioning units also have filter systems, some with ionisation units. They do a great job but never down to the level that a specialised air purifier can.
So what we have been testing over the last few weeks is arguably one of the better systems in the marketplace: the Ionmax ION450 Air Purifier sent to us by Andatech Corp.
This unit is the top-of-the-line of the range that Ionmax Australia currently offers. In our experience, the extra features and/or capabilities of top models often make it a worthwhile investment.

Most good air purifier systems have several levels of filtration, starting with a Pre-Filter for the larger dust particles followed by a HEPA Filter and Carbon Filter. UV Sanitisation and Negative Ionisation is a great option to have as well so that altogether it is possible to effectively remove up to 99% of bacteria and 99% of odours from indoor air.

Let’s have a look at some of the main features. 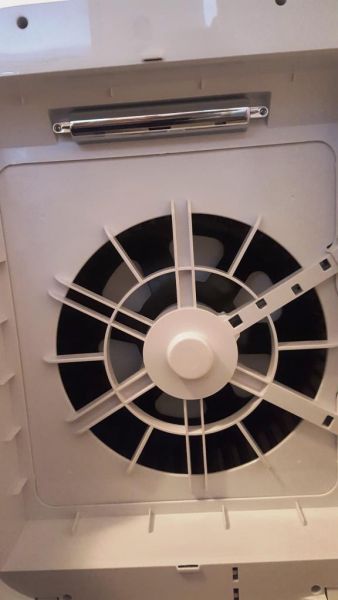 The Ionmax450 impresses with a sleek design, particularly from the front. The build quality is very high. It always pays to read the manual or at least give it a cursory glance. Don’t be tempted to just switch on the unit because it won’t work: first you need to open up the unit and take out all the filters and remove their plastic packaging! These filters fit beautifully tight. Normally, depending on use, you might get a whole year out of the filters as you can clean some of them when they get dirty.

The touch panel is easy to use as long as you remember to push the buttons alongside and not the actual indicators on the panel!
If you find the buttons hard to read because of low contrast, you can also swipe your palm across the panel to stop or start the unit. (That’s not in the manual, but it works…). The power button is a bit confusing with the three tones descending when you start up the unit and ascending when you shut it down. It is the other way around with most devices….

I found the Dirty/Clean indicator similarly a bit confusing as the settings changed according to the speed selected. This air quality indicator can go from Dirty to Clean by the press of a button and back up again. Not quite sure how this works…

Finally, there is no description in the little manual about the bright blue light underneath the panel that sometimes lights for a few seconds and sometimes it is a reddish glow. 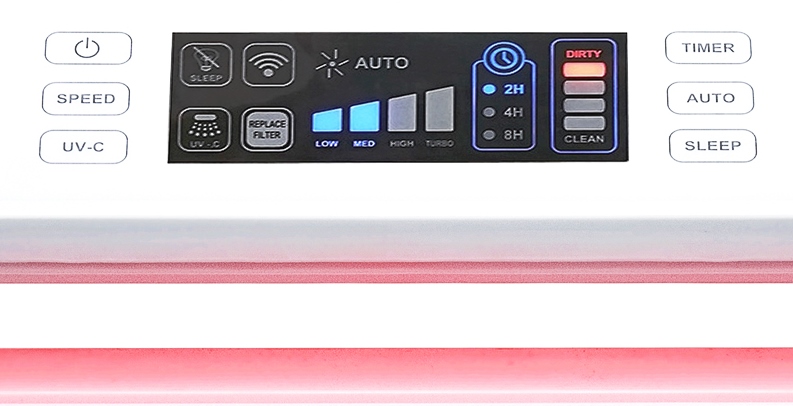 Okay, enough nitpicking. How does it work in practice?

The four fan speeds go from near silent to turbo mode which is very audible as it sucks a lot of air.
The lowest setting is perfect for sleeping in the same room and it helps that the panel lights shut down as well so it works very unobtrusively. The top fan speeds are perfect for when you are not necessarily in the room with noise levels at a moderate 62dB.

Let’s look at electricity use.

Always important for appliances that have to run for many hours. The specification says that it will be less than 70W, about the same as a standard lightbulb. In reality it is much better as it hits the 70 mark only briefly at start-up and settles down to less than 50 in turbo mode and way down to 3W on silent mode (29dB). This is extremely economical and this was my main concern about having an appliance which runs for around 12 hours a day. That will allow you to replace the filters only once a year. It looks like the Ionmax ION450 is eco-friendly on a number of levels!

Here at DigitalReviews.net we don’t do any laboratory testing. We leave that to the manufacturers. What we are interested in is how does an appliance work for the average user? Modern purifiers do take out nearly all of the dust, smoke and pollen so that’s not an issue. And if it kills 99% of all germs we have to believe that the manufacturer has thoroughly tested it. No review site is going to set up a lab environment, introduce a known quantity of germs and see if, after a certain amount of testing, 99% of the germs have disappeared….

Ideally, this would have been the only time in the 12 year history of DigitalReviews where we might have wanted that our office was in the heart of an industrial city, right next to a busy freeway so that any testing of the IonMax would have shown some clearly dramatic results in just a few weeks!
As it is, we are situated in a rural area, surrounded by oceans and far from any industrial pollution. At this time of the year the only smoke we have is from burning off in preparation for the fire season. We tested the unit in the dustiest room in the house: our bedroom which also functions as our library. Probably a bad combination!

After 2 weeks we did notice a better sleep experience. This is pretty subjective of course so let’s find out if it really made any difference by looking at the filters.
The HEPA filter, being white, shows clearly a faint brownish tint. The other dark filters don’t show anything obvious and I did not expect that either.

With its easy portability we also checked out how it works in the room where our Labrador sleeps at night. That’s the only Lab testing we did…
Not surprisingly, the typical doggie smell was less and that’s a good thing.

I just read that people with heart conditions may benefit from using indoor air purifiers, as suggested by a small study from China.

While the study can’t say air purifiers prevent heart attacks or other major medical problems, several risk factors for heart disease improved among young and healthy adults who were exposed to purified air.

Well, we can take that as an extra benefit in addition to the known and proven ones of breathing in more purified air in our heavily polluted cities and industrial areas.
Plus, as we discovered, living far from those types of areas, there’s also a benefit for asthma sufferers or when you like to clear dusty rooms.

What we like about the Ionmax ION450 is that it is designed and built well, economical to run and quiet when you need to sleep. It is well worth the investment of $599.

That qualifies it for our coveted Editor’s Choice Award!

Thanks for Andatech for providing the sample.
Have a look at their site for full specifications.

We will update our findings over the next year as we have more data over a prolonged period of testing.