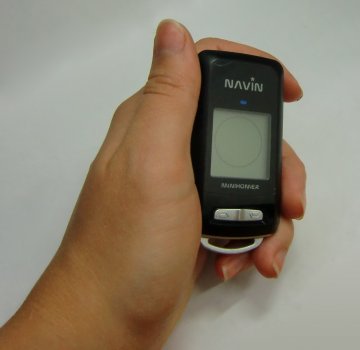 The Navin miniHomer Key-Chain GPS position finder found its way to my desk promising me that I would never have to worry about where my car was parked, finding my way back to a hotel, and returning to a camping ground again. With claims like that, and with me being one that is far too famous for her own good for getting lost – i thought i should test it in at least two environments.

So how did it fare?

First Impressions
The miniHomer fits comfortably in the palm of your hand. Initial charge time was 4 hours using a USB cord to a computer. According to Navin, the battery life should be 12 – 14 hours continuously, depending on the signal location. If you are only using it occasionally it should in theory last for weeks. One of the units we were sent ran out of battery after only using it a few times, but it may be possible it was left on while travelling in the depths of a pocket.

In action
Carpark:
Ah, the good old multi-storey car park where every level looks like the one before it. If you don’t take note of which level you parked on it is very easy to clock up the numbers on the pedometer! But will the miniHomer change this? Sadly, no. Unfortunately the miniHomer will not work in enclosed areas, needing large open areas to receive adequate signal for position finding.

Knowing this, i decided a good place to test it out would be at a music festival, in the ridiculously large parking areas. Being a couple of hundred kilometres from where I initially started up and calibrated the miniHomer, i had to recalibrate the digital compass before it could be used. It did take a few minutes to locate the signal, but the manual did forewarn of this occurrence. After storing the position in the “car” category, I went on my way.

Later that night when I needed to find my car, I used the miniHomer to navigate back. Once again, it took awhile to start up, but when it was up and going it navigated me back quite nicely. Although I would advise not to walk alone as it is very tempting to simply stare at the screen, watching the numbers go down- and acquiring many new bruises to the shins in the process.

Camping:
On a recent camping trip to a national park I decided to give the miniHomer another go. When a  group of males that aren’t always known for following trails suggested a bushwalk I thought it might be wise to take along the miniHomer. While they didn’t appreciate the wait for it to get started, in an hour or so when each direction looked like it could possibly be the one to lead us home they started to thank me. That is, until the miniHomer directed us to swim across a large lake.

Unlike your traditional GPS, the miniHomer only provides you with a route showing the distance and direction as the crow flies. Getting around the lake wasn’t too much of an issue and we successfully made it back to the campsite.

Features (According to Navin)
MAIN FEATURES 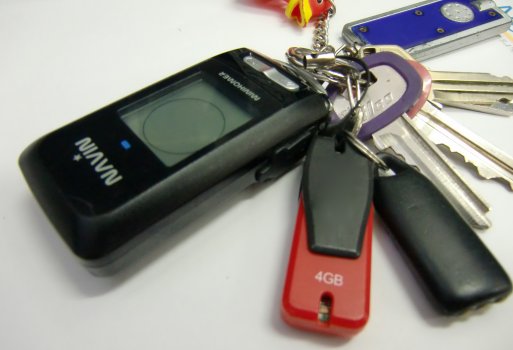 The miniHomer is a good little gadget for those who are likely to get lost, but are good at planning ahead. The delay between turning on and setting your position can be frustrating, and because of this I can’t imagine most people having the patience to use it often. I found the distance display and the compass feature fascinating-  and so did my surfing companions as they were arguing about wind direction!

he biggest use i can see for the miniHomer at this point in time is the big events where planning counts. For me, this would be festivals or shows with large carparks, travelling to foreign places to log the hotel’s location, secret fishing spots or the like.

–    Available in a range of colours

Cons
–   Not able to use in undercover carparks

The suggested retail price is $USD69, but final retail price might vary in different parts of the world. For more details, visit the Navin website.