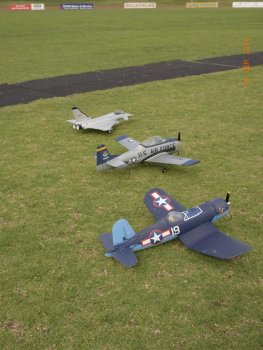 An absolute “must buy purchase” if you are considering becoming a model plane pilot.
My intention is to show just how good this flight simulator package is by using my first hand experiences and commenting on actual dynamic comparisons. I will use example planes such as the Trojan T28D, F4U Corsair and the EF2000 Euro fighter jet which are only three of the many planes that are able to be chosen within the Phoenix’s Flight Simulator’s programme.
So let me convince you that the minimal cost in purchasing this simulation programme is well worth it and it will stop you following in my footsteps whereby I learnt the hard way first.
(See 21 Best RC electric planes compared – this site) 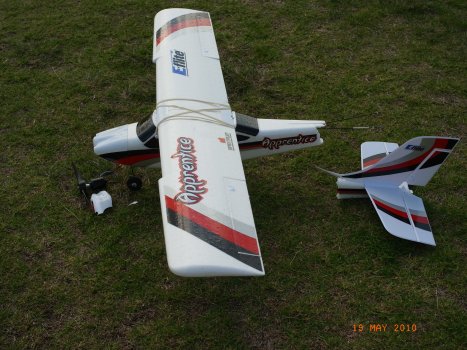 I only started flying at the commencement of writing these articles during June 2010. Immediately I received my first ‘plane and as an absolute raw beginner with NEVER having flown before, I taxied around the driveway. My confidence grew, so I then took it to a football oval and thought smugly “just how hard can this be, let’s take it up for just a bit”.  With a bit of throttle and up elevator, the plane, to my horror, took off within about five metres and immediately climbed to about two power poles high. I panicked, not sure of what I did and it dove straight to earth! This was an expensive exercise in terms of repair and pride, so I then looked at a number of simulators to improve my skills prior to actual flights. It became evident very quickly that they all varied in quality and in focus, so for the avoidance of doubt to my readers, I shall tell you what I actually looked for!

By using the above selection criteria I chose the Phoenix simulator, which 4 months ago was a relatively not well published Simulator, but has now recently risen to much deserved stardom. I approached www.brooknet.net.au who were kind enough to immediately supply me with two copies for review. 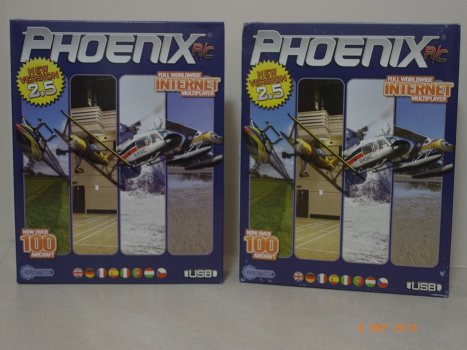 Phoenix Simulator Specifications
These are far too numerous and detailed for me to list here and instead I shall point you to the link for explanations – http://www.phoenix-sim.com/features.htm. For example, you can build your own airfield to practice on (I know of no other Simulator that can do that successfully).

This summary of main points is from an unbiased, independent point of view. The simulator contains the following important attributes. 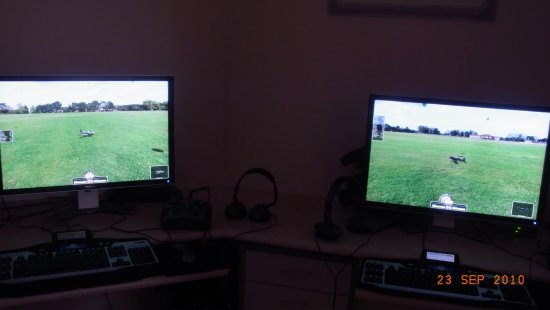 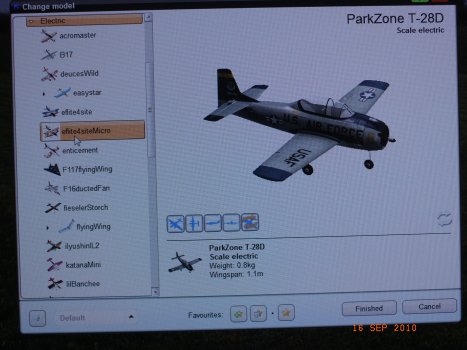 Pros – WHAT WE LIKED within the Phoenix simulation options
Note that you can essentially set any parameters that you care to mention that you may need to practice on such as: 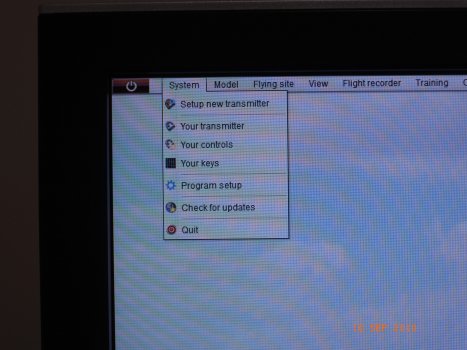 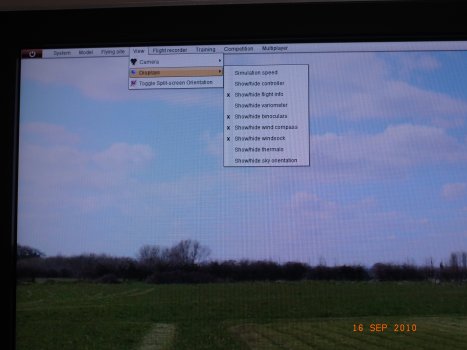 Cons
We were unable to find any cons in this package, but then we didn’t fly all of the available ‘planes. We did find, however, that a couple of ‘planes didn’t fly very well at all (using default set ups only). Was it the Simulator with a gliche in that particular ‘plane or was the ‘plane REALLY that bad? Judging by some of the ‘planes we have tested, it could very well have been the ‘planes. This is the reason why we chose (where they existed in the Phoenix) Hobbyzone/ Parkzone ‘planes as our tests have found that this manufacturers’ planes are predominantly of a consistently high build quality standard. 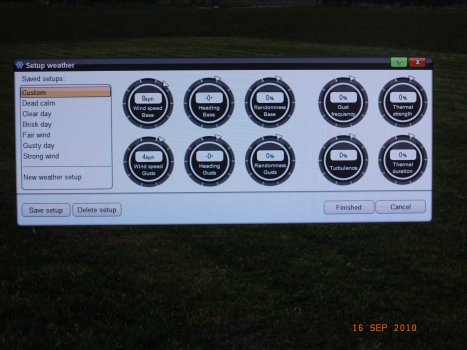 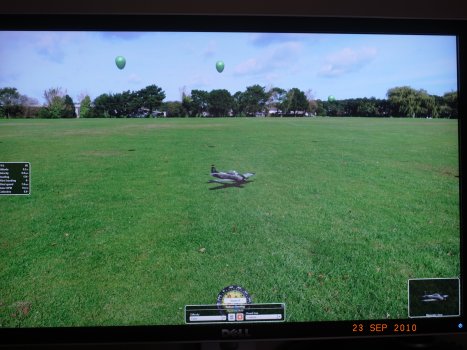 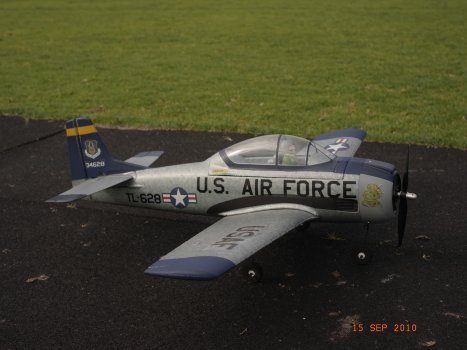 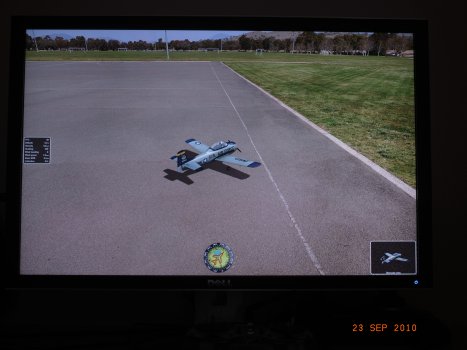 Parkzone Trojan T28D
Using the default settings within Phoenix, we have found the Simulated Phoenix Trojan to be very similar in it’s complete flight patterns, take offs landings etc. All were a good direct comparison to the real ‘plane’s behaviour and we believe from practical experience that if you can fly this plane on the Simulator, you will be able to fly it in real life, albeit that you will be careful of other such influential items such as total battery discharge, mechanical or electrical control failure and outside distractions. 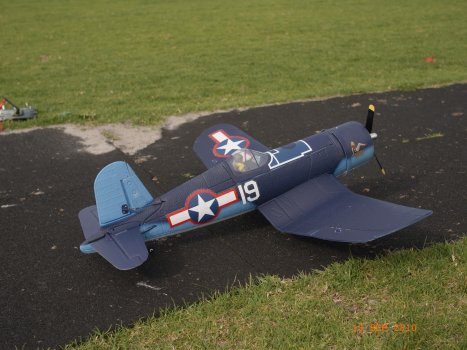 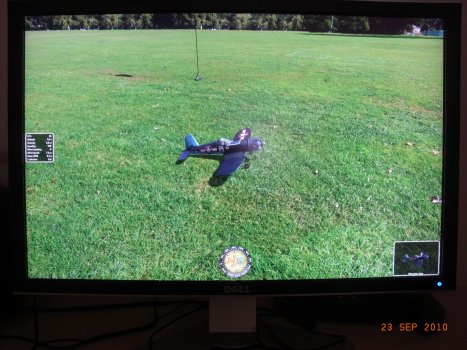 Marginally differing in flight behaviour to that of the Trojan T28, but nevertheless nice to fly, we found this ‘plane to be on a similar par to that when flying on the Phoenix Simulator and are happy to state again that if you can successfully learn to fly this ‘plane without incident on the simulator, you should be able to fly it successfully under the same conditions in real flight. 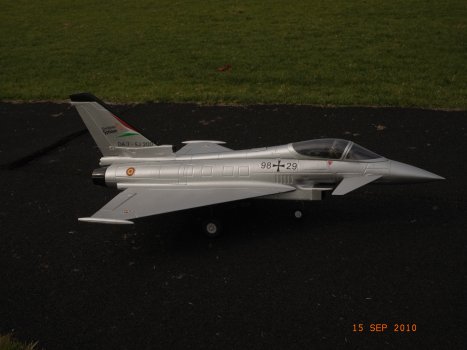 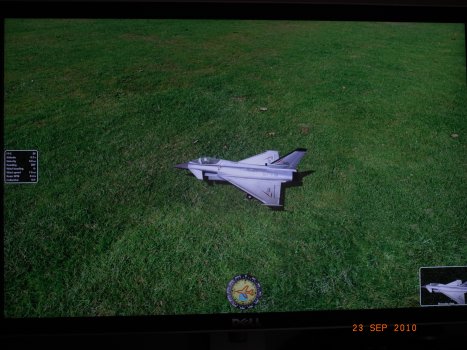 EF2000 – Euro fighter Jet
As an intermediate flyer of propeller driven ‘planes, I found initial flying of the jet to be a considerably different experience. but this was in both the real plane and the simulator, remember that you can fine tune the simulator Ef2000 to your liking in any case.

Conclusion
Considering that this simulator has been singularly responsible for me now being able to fly successfully and significantly reducing crashes during my substantial learning curve, I am unable to say anything other than, what an excellent software package!

I believe that this would make an excellent Christmas present for anyone interested in flying as once they learn it on the Simulator, they could confidently buy a ‘plane to fly in their leisure time, knowing that they are unlikely to be up for expensive crash repairs.

Please do not think that this Simulator is only for beginners as there are all sorts of parameters to set, so that the Intermediate/Expert can practice as well before trying it on the real ‘plane.

Subsequent to my first crash, I was very disillusioned and genuinely thought I had no chance of ever being able to successfully fly a model aeroplane, and so I wish to express my everlasting gratitude to Wayne from www.brooknet.net.au for supplying the Phoenix Simulator package to me to trial.