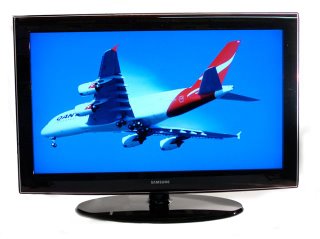 I finally decided to replace my aging but still fully operational Sony TV.  The now dated technology of the giant  Sony CRT 32 inch had served me for nearly eight years and  lasted  a bit longer than planned  in part due to its massive 94 kg  bulk along with the prospect of disposal.   One thing is for certain, when a TV arrives with its super sharp picture, light weight and large as life picture  the  old Sony is toast.

Choosing a  new TV  is not a simple thing.  Walk into any of the big players in home entertainment  and the choice is staggering.  Super size display areas  feature dozens of  TVs  in a variety of sizes from  32inch to 60inch (even larger if  you just won the lottery)  and traditional names like Sony, Panasonic, Sharp, Toshiba,  Pioneer, Philips  mixed in with new comers like Samsung, LG  and a host of others including brands with  names I have never heard of.  Should I buy an LCD or a Plasma?   Is 32 inch too small and 52 too big?   What can I afford to spend?Do I really need full high definition  of 1920 x 1080 or would a 1350 x 900  do the job? I decided on the 1920 x 1080 resolution even though TV transmission generally does not exceed  750 lines but new  Blue Ray  dvds and gaming councils will need all the lines  they can get.

Most TVs  sold today  are LCD,  with  resolution of  1920 x 1080  massive numbers of inputs and deliver an excellent picture.  Lesser and unknown brands normally come with much lower resolution and  often lack features and quality not to mention long term service and spares. I chose the Samsung   top of the line 40 inch “6 “ series.    The Sony was my second choice but  cost hundreds of dollars more and came with a one year warranty .  I could not  make up my mind on which gave the better picture  so the  price and warranty won me over.
The Samsung uses 100Hz technology giving superior fast movement and gaming capabilities,  4 HDMI inputs allowing one cable hookup for sound and video,   a three year warranty and a great finish.

With my credit card approved   I  was presented with a very large carton which only just fitted in the back of my station wagon.   I was surprised that  the carton weighed only  25kgs.  In fact the TV alone weighs a mere 20kgs  and the 52 inch model is  only 35 kgs.  Unpacking was a snap.  One simply removes two inserts on the lower sides of the carton and the top lifts off exposing the TV already attached  to a stand and virtually ready to go.   The Samsung features a High Definition and Analogue tuner so for many people just plugging in the three pin power cord and attaching an aerial lead  completes the installation.   Tuning all local stations both Standard Analogue and  High Definition is a matter of selecting menu button, scrolling down to the Satellite symbol  and  highlighting the “Auto Store” icon.  The  electronics do the rest and in a matter of a few minutes all available TV and music station are stored.  From carrying the carton into your living room  to watching TV could take as little as ten minutes.   I do not recommend professional installation for most people.

The Samsung TV  is beautifully finished in shiny black  with touch control  and a  relatively  small   frame.  The stand allows the set to swivel but does not tilt.  Most connections are on a recessed panel right side of the rear with many useful additional inputs on the left side.  A total of 4  x HDMI inputs,  2 x  composite video (Pr Pb Y)  an  “s” video,  DVI ,  PC  (computer) a USB   and analogue.     I have Foxtel HD,  High Definition PVR  and a Playstation  3  all of which use HDMI and work perfectly with the set  For my surround system I use a  fiber optical  cable giving the best possible sound  interface.   There is even a head phone jack — a rare inclusion  today.
Operation of the Samsung is simple, at least by modern standards.  The remote is well set out  with large volume and program buttons and is easy to navigate  helped by  back lighting  on demand.  Whilst there is an  awesome choice of settings most people will use the automatic selections.

In conclusion: the Samsung “6” series 40 inch is  a state of the art television.  The retail price at time of  writing is about $2700  but discounts  mean one can buy it for  less than $2100.  Most retailers offer extra “in store”  warranty but personally I do not recommend them.  Check it out.