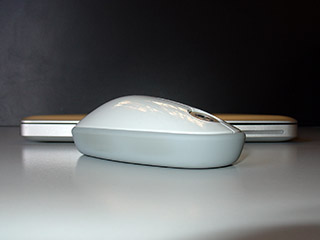 With Apple’s sales figures continuing to grow, more and more products are being marketed directly at the think different crowd.

Joining the fray are Targus who have released a whole line of for Mac products.

And for the past month, the Bluetooth Laser Mouse from this collection just happens to have been paired to my shiny new MacBook Pro.

Read on for my review.

Firstly, I should probably explain that I am one of those people who simply must have a mouse connected to my laptop. Yes, I love the MacBook Pro’s "buttonless" trackpad and its multi-touch gestures, but for my money, nothing beats an actual mouse for basic pointing and clicking. It should then come as no surprise that when the Targus Bluetooth Laser Mouse for Mac landed on my desk, I was eager to get it connected and start some proper mousing around.

OUT OF THE BOX

Apart from the mouse itself, the Targus Bluetooth Laser Mouse package is pretty sparse: A brief user guide and a pair of AA batteries is it. No drivers CD is included and there’s no  Bluetooth USB dongle either. This is obviously not a problem if you have a recent Mac and Internet access. If not, in the words of Eddie Vedder, "This is not for you." 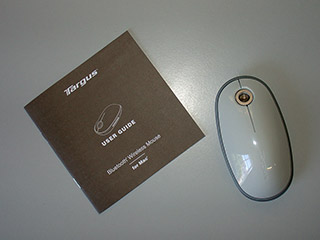 Upon removing the mouse from its packaging, the first thing I noticed was the mouse’s almost clinical neatness. The design is very clean with two clearly delineated sections: A slick high gloss off-white top and an understated matte light grey base. Apart from a fairly unobtrusive Targus logo on its top and its barely visible auxillary button(s), the mouse’s plan view is completely symmetrical.

While the rear bulb is a little higher than I’ve been used to in the past, the mouse felt quite good on its initial grope. On the left side of the base section I found a programmable dual function button, while the bottom proper was generally unremarkable, save its slightly grippy texture and sliding on/off button.

The mouse has a total of five buttons, including the almost universal (at least in the PC world) left, middle and right buttons, coupled with the aforementioned dual function button on its left side. 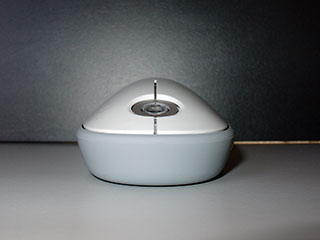 Before I move on, I should mention that under hand, the Targus Laser Mouse’s silky top felt remarkably similar to Apple’s Mighty Mouse. Of course it’s larger footprint and higher rear bulb – amongst other things I’ll mention later – quickly remind you this is not Apple’s first attempt at a wireless multi-button mouse. 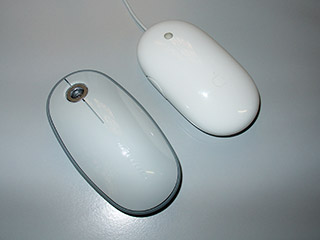 As mentioned previously, no dongle is included in the package and for the purpose of this review I connected the Targus Laser Mouse to my new unibody MacBook Pro. Everything connected without any hassles and after a few seconds, the new mouse was paired and ready to go.

While the optional driver (which needs to be downloaded from Targus’s website) allows some extra functionality – Adding an AppleScript script to a button press, for example – I pleasantly found that all the mouse buttons were in fact available to the Expose, Dashboard and Spaces preference panes without installation of any dedicated drivers. It is worth noting that the drivers only allow customization of the two side buttons (single dual function button pictured below). 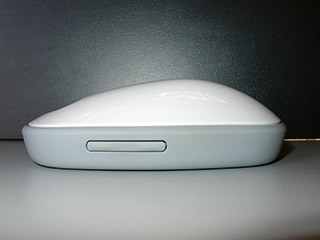 Overall, general mousing around was good. I found tracking to be solid but not altogether perfect – The mouse occasionally got a little flighty every once in a while and lost its generally good tracking. Thankfully, the mouse would quickly regain its composure and return to regular programming. Over my month of usage, I found the Targus Bluetooth Laser Mouse to be good for general purpose, daily use and while it wasn’t super accurate, it was comfortable and adequate for my general review writing and typical goofing off on the web.

Waking the mouse from sleep took a second or two which felt a little slower than my Logitech VX Nano, but not enough to be particularly bothersome. The position of the auxiliary buttons was also good, with my particular grip locating my thumb directly over one half of the dual function side button. As a right hander the placement of these buttons was excellent. Of course, if I were a left hander, I’d certainly be asking why this setup wasn’t simply mirrored on the other side.

Considering Targus’s claim of up to six months battery life, over the month, battery life was predictably a non-issue. While I obviously haven’t tested the mouse for that long, my constant forgetting to turn the mouse off hasn’t initiated the "replace batteries soon" red glow that should occur (according to the user guide). Of course, a battery indicator in the preference pane or menu bar area would be nice, but these features are not included in the tested beta drivers package.

What I have somewhat coyly avoided mentioning thus far, is the odd miniature HAL-9000 optical unit placed where you would normally find a scroll wheel. While it doesn’t glow red – at least not until the battery is near depleted (again, according to the user guide) – it really is an optical unit. For the record, Targus calls this a “Touch Scroll.” And in fairness, a Touch Scroll is exactly what it is. It is literally a miniature touch interface which scrolls four ways (up, down left and right) based entirely on your touch.

This unique touch interface can be operated in two ways: Running your finger over the Touch Scroll as if it were a ball/wheel results in a fairly regular scroll, while a quick swipe of the area actually places the scroll into a "quick scroll" auto scroll mode, scrolling your document/page automatically in whichever direction you swiped. 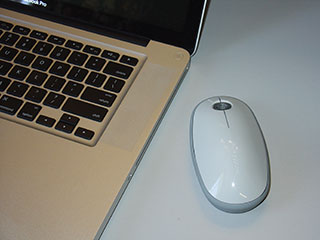 Is this merely a polite nod to Apple’s current touch obsession, or is it a genuine improvement to the – now standard on most mice – scroll wheel?
During the first week I have to admit I really didn’t like the touch scroll – actually, I plain hated it. It was awkward and I often scrolled too far or not far enough and to be honest, was quite ready to give up on it. But I didn’t and a month later, I actually quite like it. In hindsight I figure this was my scrolling finger’s acclimatization period. As the touch scroll is quite sensitive, your ability to control the scroll accurately depends heavily on how accurately your middle finger activates it. Coming from a mechanical wheel, my brutal flicks of the Touch Scroll got me nowhere. After a while though, my finger became a accustomed to the gentle gestures required, resulting in much better control. This was in no way physiotherapy – It was just getting used to a different system. And now that I am used to it, I quite like it.

I’m not sure if it will catch on as a mainstream scroll wheel replacement – I mean, if it ain’t broke.. – But after you get used to it, it really is quite effective.

Also worth noting is that like most conventional scroll wheels, pressing down on the entire Touch Scroll activates the mouses middle button.

While the colour scheme is an ironic “PC beige,” the scheme works for the most part and doesn’t look out of place next to my unibody MacBook Pro. I can’t help to think, however, that the design was really trying to match the earlier model Macs – The previous generation MacBook Pro’s with their silver/grey look, come to mind specifically.

Having said this, the Targus Mouse looks good and its build and aesthetics should be more than acceptable to the design aware Mac audience.

Like Apple’s Mighty Mouse, I suspect the Targus Blutooth Laser Mouse’s "Touch Scroll" will be a love or hate affair for most. As I’ve already mentioned, the Touch Scroll does take some getting used to, but once your scrolling technique is re-calibrated, it’s really quite a pleasure to use. A bit like going from a wheel to a ball, perhaps?

The Targus Bluetooth Laser Mouse for Mac retails for $89.99AU and is now available. For more information on this and the rest of Targus’s “for Mac” range surf, on over to their microsite.