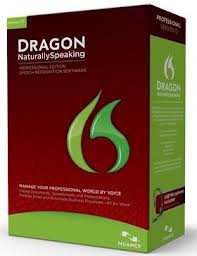 We have reviewed all of the recent editions of Dragon, Nuance’s NaturallySpeaking programs, ever since version 8 came out and this latest iteration is setting the bar high again with 99% accuracy claimed. Whilst that may be true for a native English speaker with good diction, I would be happy with an accuracy rating that is high enough so that I don’t have to make too many corrections. As it is, my typing speed is reasonably high and very accurate (particularly with automatic spelling corrections enabled!).

For Dragon to claim that it is about three times as fast as typing, which is certainly true, this only is of value if you don’t have to make too many corrections….
So how did we go?

I won’t go into all the boring details what speech recognition software is all about. You can read our previous reviews on that. Let’s just concentrate on the new things Nuance has cooked up which might make this addition worthy of shelling out another couple of hundred bucks.
Nuance mention about 100 improvements but I’ll just highlight a few and my experience with them:

Smart Format Rules
Dragon looks at what you have been formatting so far and assumes that you want to continue formatting your dictation just like that until you tell Dragon otherwise. Makes sense but not a sensational improvement.

Changes that make Dragon faster and more accurate
One of the most common complaints on the Internet regarding this particular version is that compared to previous editions v12 is much slower! I see no reason why that should be the case. Unless they decided to increase accuracy by increasing the processing time. I have no evidence for that and I found that soon after installation it had hit its stride and produced the sentences without any hiccups, delays or much need for correction. I did start with a complete new user profile, figuring it would pick up my idiosyncrasies in speaking quickly enough! I don’t think the modified headset that comes with the software has anything to do with improved recognition but I like the changes they have made: it covers only one ear, the mike boom is more or less fixed, ensuring the proper distance from your mouth and finally, it only comes in the USB version.
Having said that, I almost immediately ditched the headset…
Why?

Wireless Dictation with Android devices
Now you can use your Android as a microphone which is a great option. Because when you are travelling you may not bother to take a microphone or headset with you but you will always have your phone with you. A quick download from the Google Play story and you can easily add a wireless dictation profile to your existing one. As long as you’re on the same Wi-Fi network it works like a treat and my Samsung S3 is just as fast as a normal wired headset and just as accurate. And I love to pace around my office, not being tethered!
It would have been better if the program not only was a wireless microphone but also a recorder. I thought Dragon had a recorder app but couldn’t find it….
Apparently there is an app for the iPhone but not for the android platform yet. It would be ideal to implement it through this microphone app.

More Tweaking
There are other changes that make Dragon faster and more accurate:  you can turn off unused voice commands.
That’s what I have done because I find it quicker to keyboard and type commands rather than speaking them. If you were handicapped and needed to be able to command everything with your voice you’d need all that functionality, of course.
In that vein, if you’re a fan of Gmail and Hotmail you’ll be pleased to know these are now also fully supported with text control and commands.
And, a bit more under the bonnet: Dragon 12 takes advantage of Wideband Bluetooth to give us even greater wireless accuracy rates. That’s probably why my Samsung S3 performs so well as a wireless mike!

Gripes
Apart from having to personalise everything to your liking again when you start out with a new program version and certainly with a new profile, there are always some items that leave you puzzled. Case in point: the correction menu did not allow me to make manual corrections with the keyboard. Fortunately, this problem was easily solved after a restart of the program…
As mentioned above, the lack of an Android Recorder app is glaring… No doubt that will be available soon as well. When that happens I’ll mention it here. 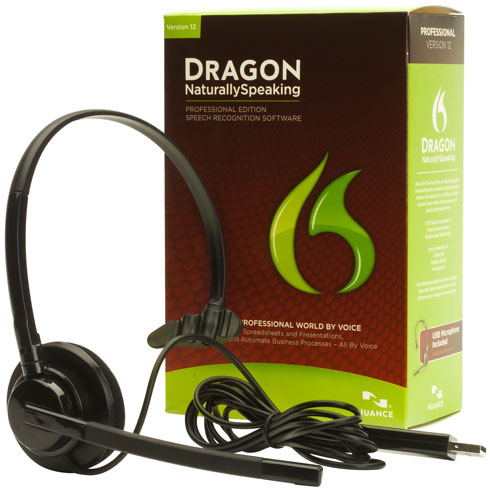 Is Dragon 12 a worthy upgrade? Frankly, if you are currently running Dragon 11.5 there is no real need to upgrade. Sure there is support now for wireless microphones such as through the android app and various other evolutionary improvements but that is hardly a compelling reason to fork out nearly 300 dollars for yet another upgrade of the Professional edition.

Having said that Dragon 12 is an excellent buy for new beginners as it is very easy to learn with a minimal amount of training with more “naturally speaking” commands. We can highly recommend this edition of Dragon if you do a lot of typing or dictating and you have a reasonably good pronunciation and enunciation. I am pleasantly surprised that, even with my Dutch accent, Dragon 12 has been able to recognise most of my speaking and over time will adapt perfectly to my whole vocabulary.

Even though we have been reviewing Dragon 12 Professional which is priced at nearly 600AUD, the basic program itself only costs 99 bucks. That is a very good entry price to get familiar with the program and decide later on what options you may need in any of the other packages.