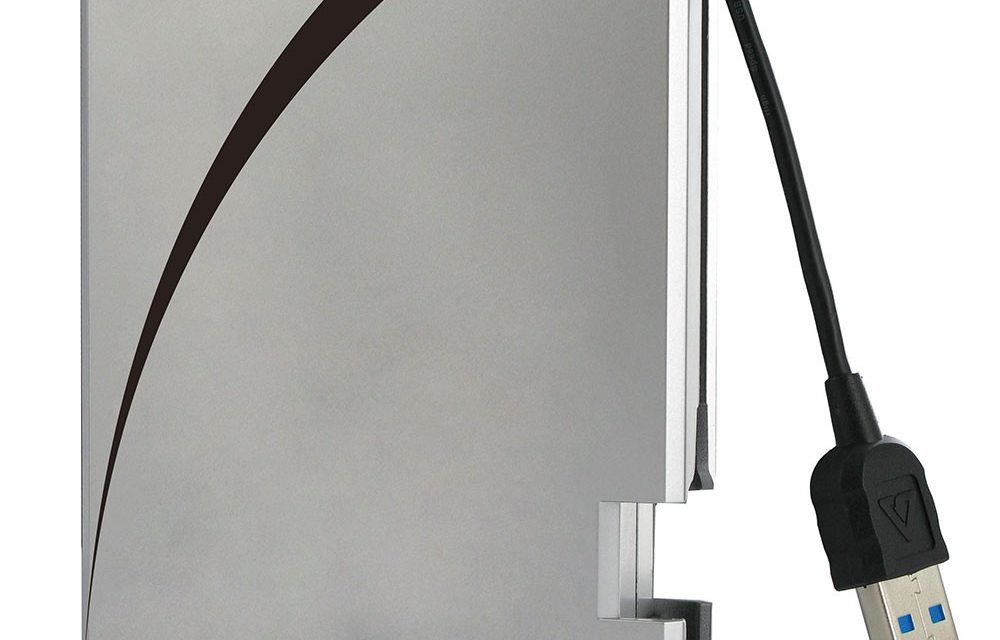 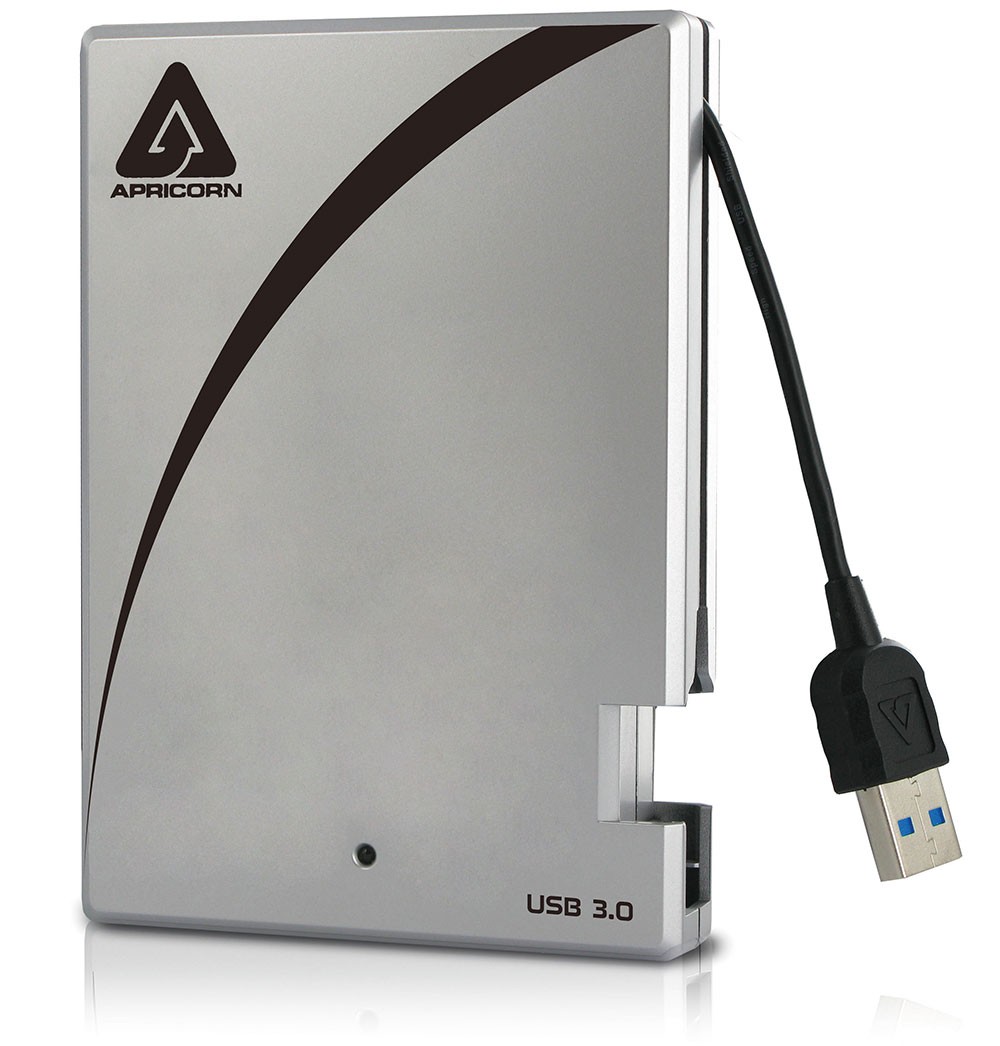 Sometimes a new product is so similar to what we reviewed earlier and only differing in capacity that we are happy to refer to an earlier review. Such is the case with the new Apricorn Aegis external drive which now comes in a 256 GB capacity and minus the security keypad of the other model.

So let’s just summarise what this one is all about.

Most of the time I like my external drives to be encrypted, password protected and as secure as they can make them.
Certainly when you take them on the road when the chance of the drive getting “lost” is significantly higher than in your office environment.

At other times a simple and quick connect option is much preferred, such as when you do a backup or need to get some files across in a hurry. The 3.0 USB connection cuts the transfer time significantly and the fact that the Aegis Portable is an SSD cuts the times even further. We’re talking about up to 360 MB/s. 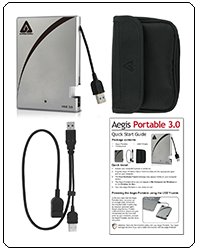 The unit is simplicity itself: compact, lightweight, fairly shockproof, no buttons, just one LED to show activity and a built in short USB cable that won’t get lost. There is also an auxiliary USB 3.0 Y-cable in the package enabling you to harness the power of two USB ports just in case you need some additional juice.

What’s not to like? The case itself has a slight velvety coating which feels great but might show up scratches and general wear and tear a bit quicker than the other cases. And that’s where the travel pouch comes in handy.
Any downsides would have to relate to capacity and price, which is fairly standard when we talk about SSDs versus regular hard drives.

Recommendation
We have said before that we are fans of just about anything that Apricorn produces. Good and useful gear.
The Apricorn Aegis Portable 256 GB SSD 3.0 External Drive doubles the capacity of the previous SSD unit that we reviewed and makes for a very fast backup or transfer drive.

Highly recommended with a regular retail price of US399 but I have seen them for much less than that online. Don’t forget that this particular model is also available in 512 GB and its more mechanical counterparts come in 0.5TB, 1TB and 1.5 TB flavours, starting from US79.