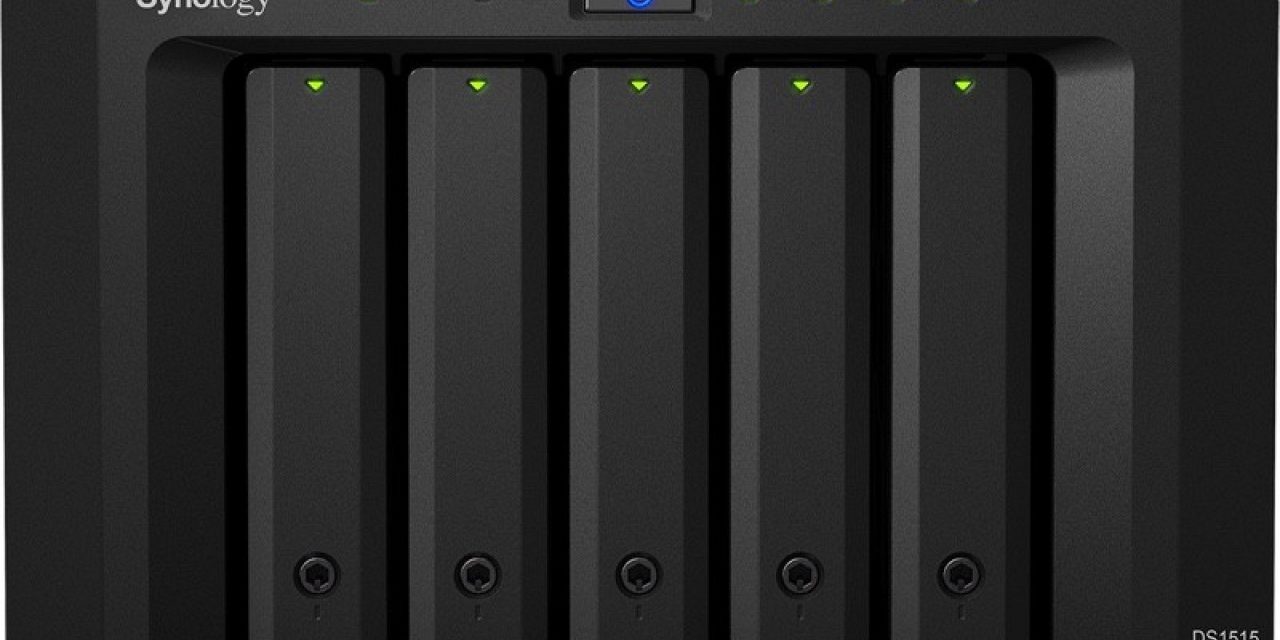 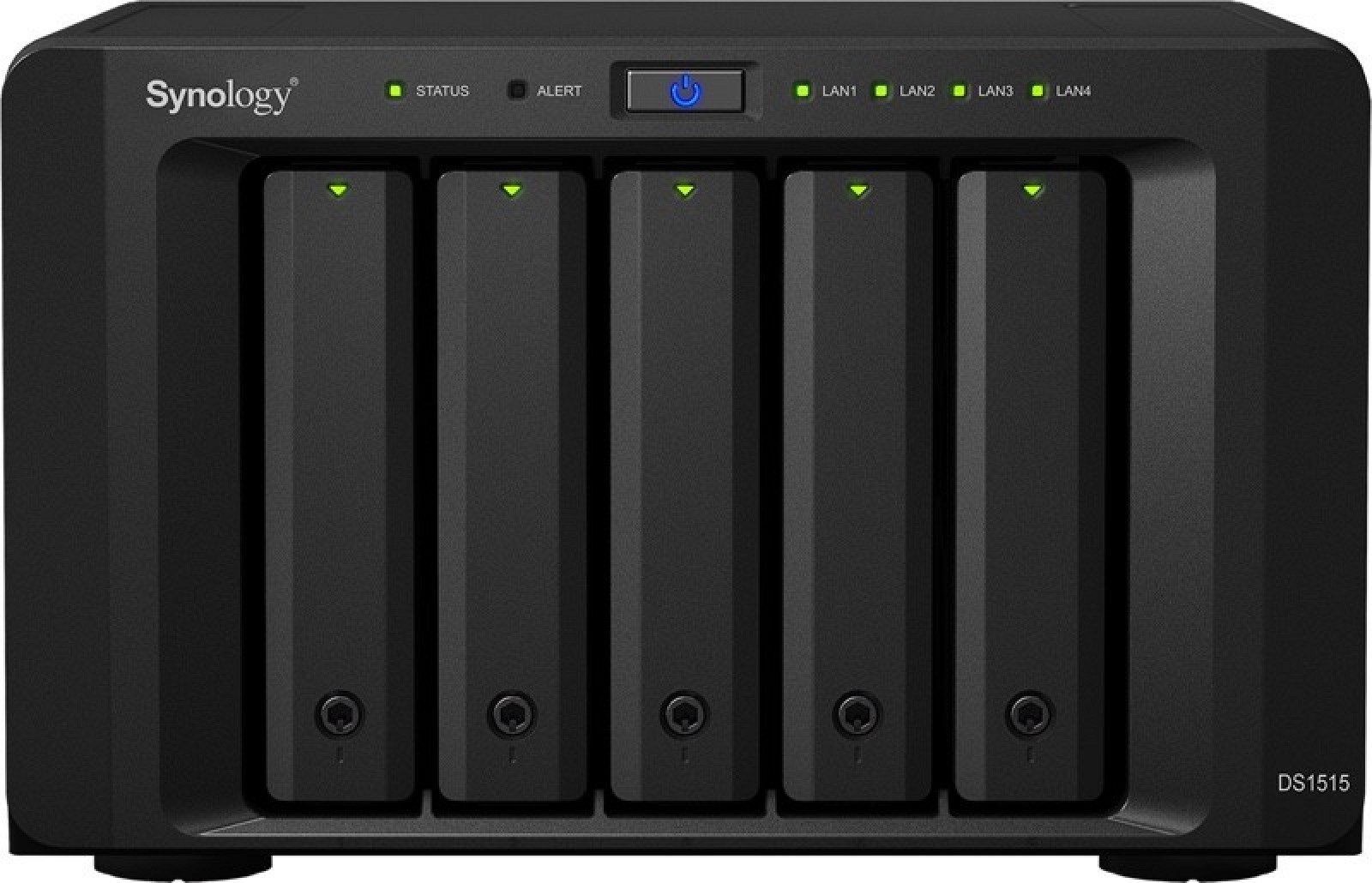 Whenever a storage company announces a new model you can be sure of one thing: the first paragraph in their press report will read something like this –
Synology® today launched the new DiskStation DS1515, a powerful and expandable 5-bay NAS offering a high-performance, reliable, and full-featured network attached storage solution for growing small and medium-sized businesses.

Of course we expect high-performance and the utmost in reliability. That’s a given.
And nothing less than full featured network features will do. After all, that’s why we buy a network attached storage system.

So what makes the DiskStation DS1515 different from all the others we have reviewed?

Let’s have a quick overview.

We know that for every price point the specs and performance will have increased.
Most small businesses would be attracted by a low entry price for an all in one solution.

We think the DS1515 scores well on this point because the unit can be bought here in Australia for less than $1000. Of course you still need to buy some decent drives for it.

Talking about specs, this is the official shortlist:

Here Are the Details

In any business we need to gear up for growth. That often calls for painful and costly decisions to scale up the office, plant and computer infrastructure as well. Scalability when it comes to NAS gear simply means a painless path to increased capacity by attaching expansion units such as the DX513. That makes the “risk” of investing in a scalable NAS unit a smart move.

Hardware wise, the new DS1515 doesn’t disappoint with a quad core processor and four gigabit LAN ports. And they have included a hardware encryption engine so that encrypted data can be read at close to 300 MB/s. Writing encrypted data is half that speed. If you want to go all out the speed you can expect (unencrypted) with link aggregation will be around the 420 MB/s writing and 400 MB/s reading.

Our testing came pretty close to these figures but obviously, the average user will never get close to the optimum speeds that can be achieved under optimal circumstances. Suffice to say that the DS1515 has plenty of power under the hood.

The unit itself is very much a standard Synology box: matte black – my favourite colour – all around. The five lockable bays have a very smooth action and are easier to slide in and out than a lot of NAS units we have tested. The power button is flanked on the left by a status and alert LED and on the right by the four LAN LEDs.
On the back side you will find the corresponding LAN ports. All the other things visible on the back panel come in pairs: two USB 3.0 and two eSATA ports plus two fans. 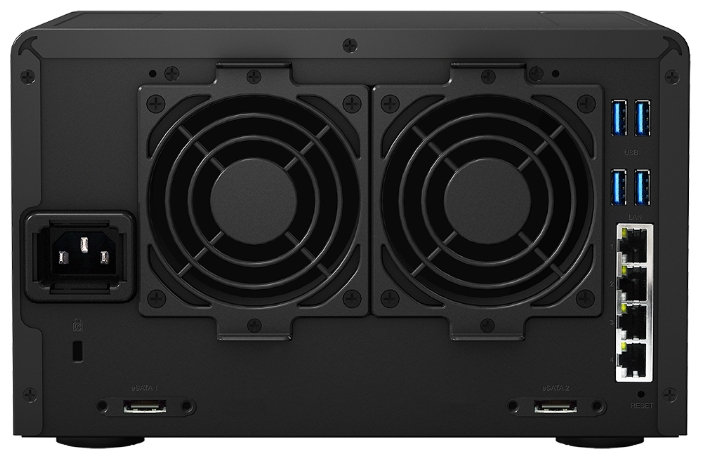 The Soul of the Machine

In previous reviews we have written extensively about Synology’s operating system: DiskStation Manager, DSM for friends…

The reason DSM needs to have a mention in this short write-up is because DSM 5.2 has now been released and there are some nice improvements. 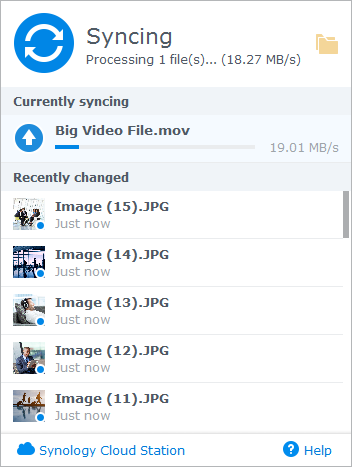 • First up, Backup & Replication – this is the built-in app that backs up data in Synology NAS. Latest features includes the ability to restore even one single file from a bulk backup task and has a smart recycle policy to balance between storage consumption and recovery flexibility.
• and secondly, Cloud Sync — you can now choose to do one-way or bi-directional synchronisation between Synology NAS and public cloud services, or even encrypt data before syncing them to public clouds. It’s great for using them as an offsite backup destination without worrying about potential Cloud security issues.
• Adaptive Load Balancing (ALB) and AppArmor which defends against potential security threats are also enhancing the new release.
• Finally, for compulsive note takers: take note: Synology Web Clipper extension for Chrome allows users to quickly and easily save interesting web content to Note Station for later reference.

At just over 4 kg (sans drives) the Synology DS1515 has a minimal footprint on any desk but coupled with maximum performance this is a top value NAS unit at around the $1000 mark here in Australia.
It could house up to 40TB within this small enclosure if you go for the 8TB drives.

If you think about NAS units as expensive backup solutions you might want to look at some of our earlier reviews about the benefits of NAS. File sharing and managing surveillance cameras are just a couple of the features of any modern NAS. Functioning as a Mail or Printer Server are a couple of other ones.
The DS1515 will support just about any operating system and browser.