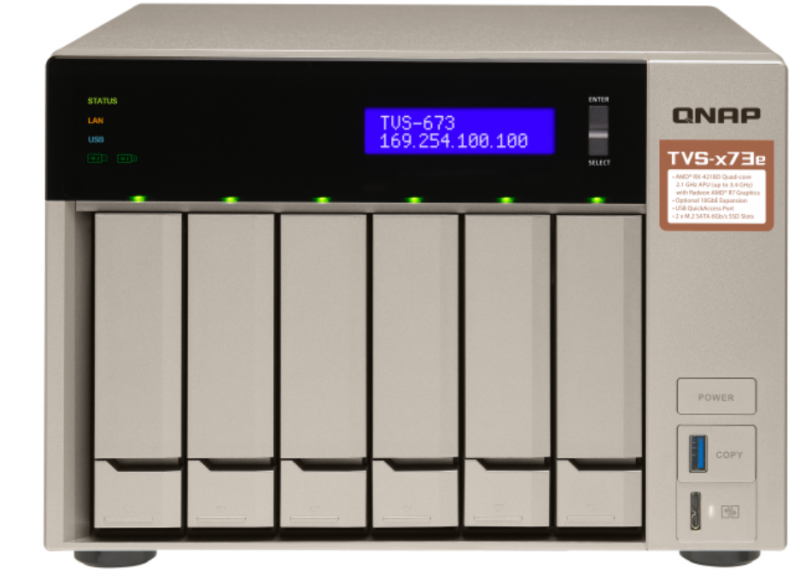 About a year ago we reviewed the QNAP TVS-473 which is very closely related to this model. So in this article we’ll focus mostly on what’s different from the model we wrote about before.

Could be for Enhanced (more features) or Economy (fewer features) than the 473 we had on the bench earlier?

I’m afraid it’s the latter but is that a bad thing?
That depends entirely on what is left out and how much more affordable this model is.

This new model in the 8GB memory version is between AUD 1700 and $1900. However, the previous 673 model is also roughly in the same price range when you check with various vendors! (Checked on StaticIce on 1 June 2018). It pays to know what you want and shop around for the best price.

These units start with less DDR4 memory (4GB) but remain fully expandable to 64GB when your business grows. The review unit we were sent is an 8GB model. Two items have been made optional: a PCI-Express card with dual 10Gbits/sec USB 3.1 Type-A ports and the multimedia remote control which probably is more suitable for home applications anyway. 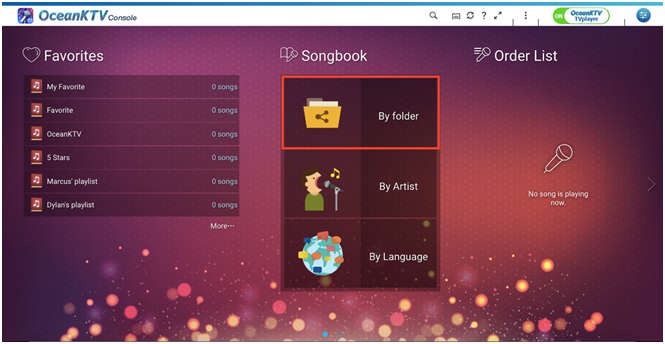 These specs make the TVS-x73e series powerful, secure and expandable with 2 PCIe slots that support 10GbE NICs, QM2 cards or USB 3.1 10Gbps cards. So these units would be extremely suited for the SMB market as small and medium businesses can now easily build a private cloud on their premises with centralised access to vital data, backup and recovery, virtualization, media playback and graphics display.

What Else is Under the Hood?

In addition to the AMD SoC – System on Chip, we find an embedded Radeon R7 GPU for faster graphics. All the ports and jacks are there for multimedia applications such as two 4K HDMI outputs and three audio jacks. Three USB 3.1 ports at the back complement the one on the front.

We notice that there’s also a direct PC connection possible without having to resort to the internet. More on that below.

And don’t forget the dual M.2 SATA SSD slots that accept 2280/2260 modules which take a bit of tinkering to install.

While the built quality is, as always, excellent, not everybody would love the bronze/golden exterior of this series. If it doesn’t need to match other equipment in the office, it’s actually quite good looking. And if you don’t like the colour, find a place where this NAS is hidden away. Which is probably a good thing from a data protection point of view…

Speaking of which, data protection is not only critical for your business but so is protecting your premises from theft and vandalism, It’ll be good to know that this QNAP NAS can handle all your surveillance requirements and will let you start out with 4 free channels for your cameras. 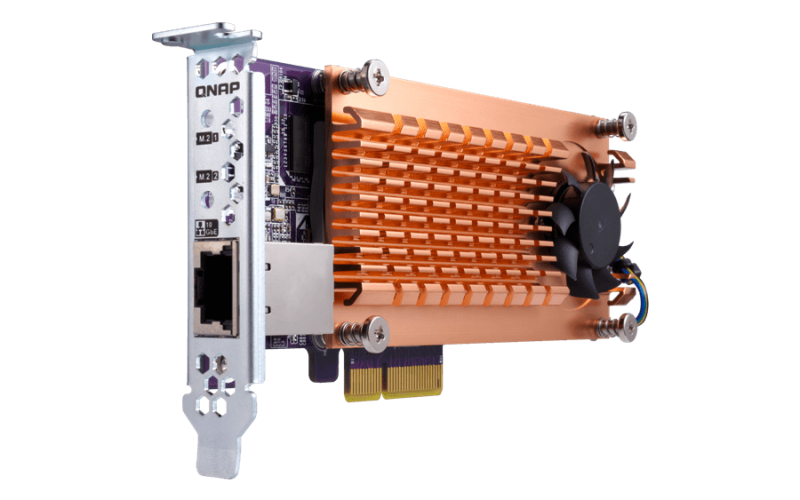 With all that processing power it might be tempting to use the NAS as a PC by attaching a keyboard, mouse, and HDMI display. Entirely doable.

USB QuickAccess Port
What it is all about: this feature on the x73e eliminates the complications of first-time NAS installation and provides direct access without needing network connectivity. Where it really shines is when the network is unavailable (we’ve had quite a few outages lately) and you need access to files stored on the NAS.

The only proviso is that you need to have a USB 3.0 A – Micro B cable and it would have been very handy if QNAP had included that even if the price has to be jacked up by a couple of dollars!
I think it’s a feature that all NAS makers should have! QNAP would probably disagree with me on that one as it makes them having a real advantage over their counterparts…

Qtier
One particular aspect we have not given much attention to before is QNAP’s Qtier (remember: all their apps start with the letter Q, naturally, like Qsirch and Qfinder…).
Qtier simply and automatically moves “hot” data to high-performance storage media, like flash or SSD and cold data to lower-cost, higher-capacity drives. It’s all based on how often data is being accessed.
I quite like the illustration QNAP uses to show you what it is all about:

It’s speed versus capacity, high cost vs low cost. Please note that one or more SSDs are needed for this to work, of course.

Qnap’s latest QTS 4.3.4 software has all the features your business needs but as usual most people only use a fraction of the capabilities of a modern NAS.

One of these days we’ll talk more extensively on QNAP’s ability to snapshot EXT4 volumes. It’s a capability that will work on all appliances independent of their CPU architecture.
We will also leave such goodies such as Virtualisation Station for later and will dedicate a whole review to the use of a NAS for surveillance.

A word on testing for speed and throughput which seems to accompany many NAS reviews: if you want to know what speeds this unit is capable of in lab environments, QNAP figures a 1639MB/s Read Speed is possible and also a 1251 Write Speed. Mind you, this is for a fully tricked out unit with 2 * 10GbE cards on board and in optimal circumstances. Expect a lot less when you start out on this path and add memory, M2 and NIC cards as needed. The basic unit will happily accommodate these plus a number of expansion boxes if you run out of room. 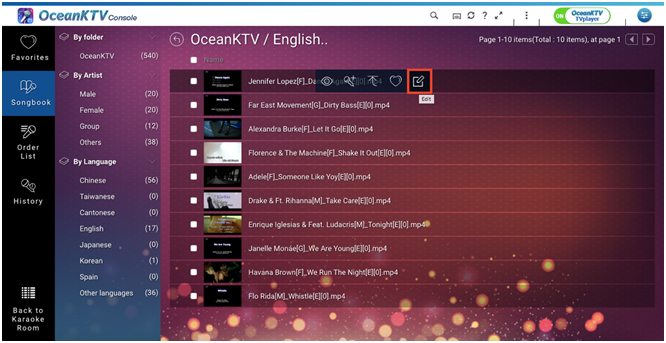 The QNAP TVS-673e is indeed a more economical unit than last year’s model but with still all the expandability for your growing business.
It’s not a radical departure from the existing models which might be more exciting for us reviewers but it probably is a more prudent business model for QNAP.

We can always recommend NAS units from the two main players in this field and we’ve never had any units fail on us (some of them we’ve had in use for many years). But we had plenty of drive failures over the past 15 years so make sure you build in a lot of redundancy!

For more info on the QNAP TVS-673e please drop in at the product page here. 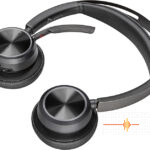