LG had its own Ultra HD news to reveal here at CEDIA 2013, and first up are two new edge LED lit LCD TVs joining the family. The cheaper models the company announced in Korea last month are coming to the US this month, with the 65-inch LA9650 (shown above) rocking a $5,000 price tag, and the 55-inch coming home for just $3,500 — even less than we’d expected. Coming along with the new TVs is an LG “Sound Plate” it first showed off at IFA (pictured after the break). There’s no price or release date yet, but expect it to hit in Q4. Beyond the new TVs, LG is also slashing prices on its existing lineup, with the higher end LA9700 models in the same sizes dropping to $6,500 and $4,500. Concerned about needing HDMI 2.0 in the future? We don’t have firm answers yet, but LG says it’s working on a solution for existing models. Even its 55-inch curved OLED TV is getting a price break, dropping down to $10,000 at retail from its previous launch price of $14,000. 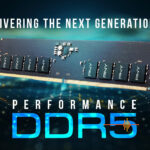