SLI Notebook on the Horizon?

A few week ago we published a news article about developments towards a Nvidia GeForce Go 7800GTX SLi Notebook. Today, we found this very interesting article at hardwarezone about MSI’s implementation of SLI technology with MXM modules or better known as NVIDIA’s GeForce GO Series. As you can see in the pictures below, MSI demonstrated this dual MXM prototype at CES in a desktop configuration but this development also shows how close we are to seeing this implemented in SLI notebooks:

As we already know, the MXM graphics module is NVIDIA’s answer to discrete graphics integration in notebooks. The MXM is essentially a scaled down PCI Express interface which attempts to be a standard interconnect for discrete graphics solution used in notebooks. MXM is an initiative by NVIDIA, so it’s natural that you’ll find only MXM modules based on NVIDIA’s GeForce Go GPUs. 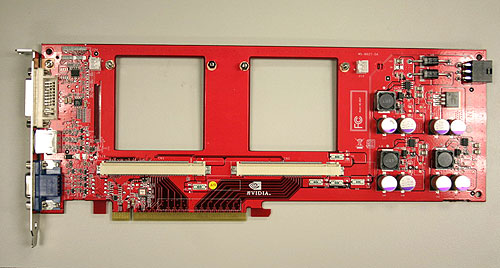 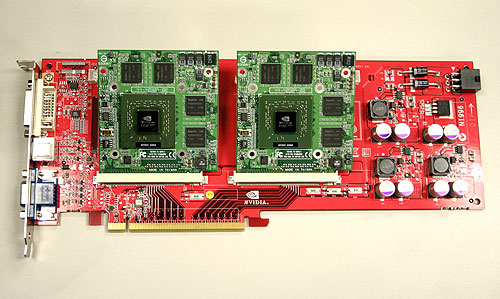 According to MSI, the card will work with all types of MXM modules too, including MXM Type I, II and III cards. Thus, you can see that MSI has pretty much given the card much flexibility. For cooling, MSI has yet to settle on a viable solution but they have tested it successfully using two small coolers with only a 4cm fan. Of course, with MXM’s lower heat output, MSI indicated that they have the intention to use fanless heatsinks. That would ultimately make the world’s first fanless SLI card!