Sony Xperia Z1 review: a high-spec cameraphone without the hump

It’s time to set the record straight: the original Xperia Z, launched back in February, was a decent phone. A solid phone. It was as if Sony had suddenly paused its chaotic schedule of handset releases in order to take stock of what Android users actually want: things like 1080p, microSD and a premium look and feel. And yet, the Xperia Z failed to be compelling. It wasn’t just its subpar battery life that held it back. It was also the lack of a standout feature, which caused the phone to be buried amidst all the news of the GS4 and the HTC One — and also by the announcement of the Lumia 1020 Windows Phone, whose camera suddenly made Sony’s pokey, 13-megapixel module look like old technology.

That’s why today, just seven months later, we’re looking at a new flagship: the Xperia Z1 (codenamed Honami, and not to be confused with the Xperia ZL), with a far more boast-worthy camera and some other subtle-but-important enhancements. Buyers of the Xperia Z may understandably be displeased at being left behind so soon, but — as much as we feel for them — we’d hazard a guess that they don’t constitute an especially large population anyway. In contrast, the Xperia Z1 should have much greater mainstream appeal. Read on to discover why.%Gallery-slideshow84026% 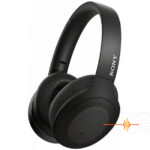