Xbox One vs. the PlayStation 4: A battle over services, not chips

If you start counting from the Magnavox Odyssey, we’ve been playing console games for seven generations now. Yes, it’s crazy to think of, but it’s even more alarming to realize that the industry has been in an all-out “war” since generation three. For better or worse, competition became a part of the hardware cycle. The players (you know, Sega, Nintendo, Sony and Microsoft) have changed several times through the years, but until recently, the game hasn’t — the console wars were fought over who had more bits, what had the most RAM and how fast a machine could render frames. Now, as we kick off generation eight, we’re seeing a very different kind of contest.

We’re not saying that hardware specifications don’t matter — they absolutely do — but this time, the two leading armies are packing painfully similar heat. On paper, the Xbox One and PlayStation 4 really aren’t that different. So, what’s going to win the war? Software, services and brand. 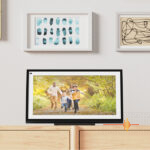