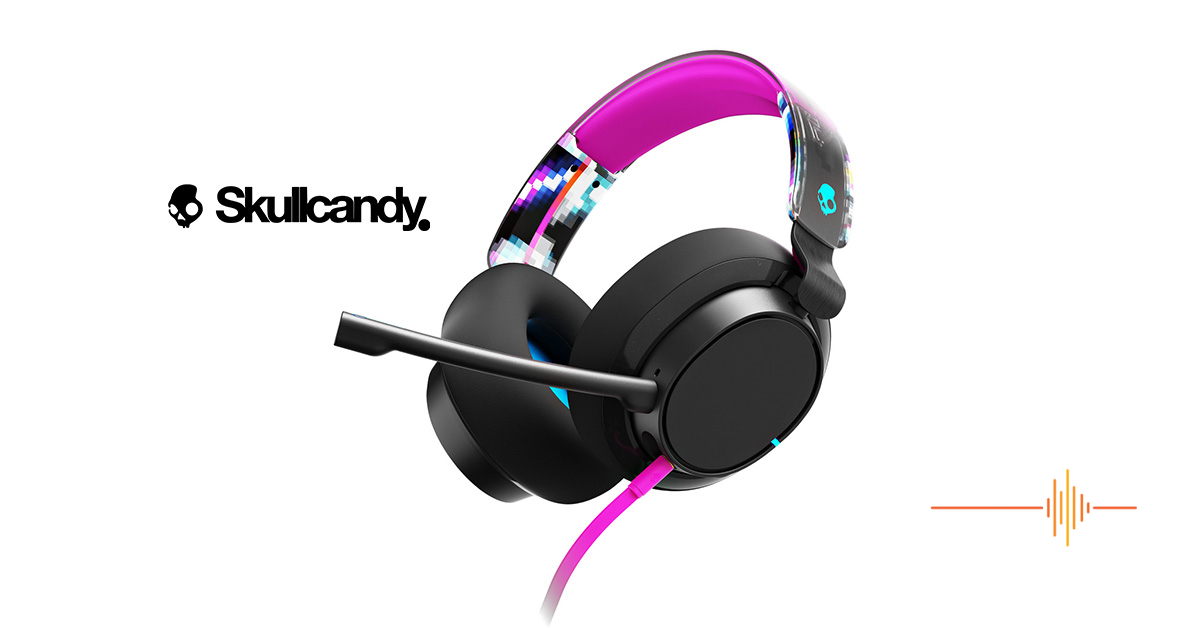 It’s been many years since I was anything close to a gamer, infact if I say “Operation Flashpoint” I’d suggest one or two of you might go “Oh, that was an epic tactical shooter” and the rest of you will glance over it… (and some of you might also deduce ‘oh heck, he’s old!) Well, it was an amazing game that, after ARM-A, ceased to be and we all moved on… Me, skipping many years ahead, have a 13yo of my own, and while he’s no gamer, he’d certainly like to be! “It’s going to be my job!” he says… Statistically, and he is quite good at maths, it’s highly unlikely, but he stills likes to play from time to time… We’ve been looking at good quality gaming headsets, and there are so many choices, that the timing to review the Skullcandy SLYR Pro is all but perfect. 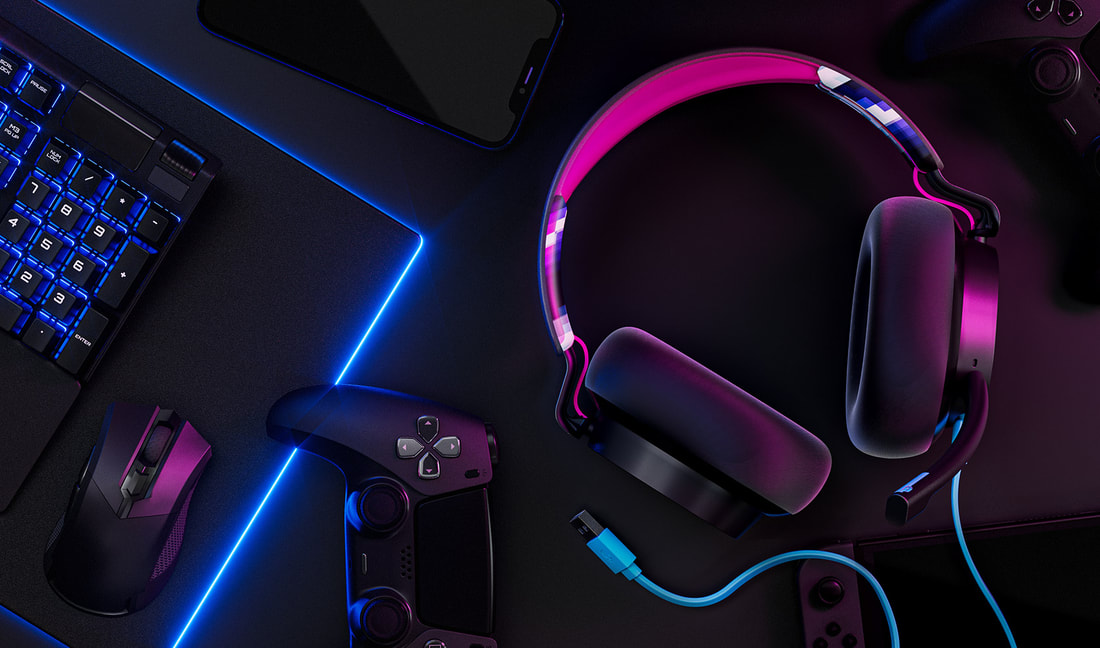 The reason I opened the review the way I have is that one thing hasn’t changed with gaming, and that is that sound really is key! With sound in games the way it is these days, having a clear and concise set of headphones is imperative! You don’t want old muffled chunks of foam and neither do you want light tinny cans that make your head hurt after 15 minutes of Fortnite – not ideal. You want great sound, a comfortable set of cans that sits on your head and doesn’t make anything hurt, and you also want a microphone that doesn’t make you sound like Donald Duck!

The Skullcandy SLYR Pro comes in three flavours, and we have the multi-platform version to share with you today, they’ll happily work with your Xbox, your PlayStation, on your PC or Mac (Mac!) as well as your Nintendo Switch or many and various types of tables available on the market today. Certainly not a one-trip audio-pony, these ones! The headset is a wired headset which may put some readers off, at this price-point many of the Slyr Pro’s competitors offer a wireless experience, but then being cabled is what allows for the platform-flexibility, so while maybe a little bit of a negative for some, it’s certainly got some positive spin there, too. The other options are specifically Playstation and specifically XBox.

Before we go on, let’s talk price. You can buy this headset directly from Skullcandy for $199.95  so not super cheap, but they’re also not the most expensive headset you can purchase, and at this level of quality, we’d say they’re a good option in this price bracket.

Sound – that’s important! Now, they’re not going to have audiophiles raving, but they’re also not the Skullcandy of my youth! The sound is measured, not overly bass heavy or mind-numbingly tinny, they sound pretty good with their 50mm drivers combined with a cushy ear-cup, they sit nicely around your ear and keep the sound where it needs to be. Hearing other players’ footsteps and chatter was clear and concise, with nothing left to be desired on that front – as I said, they’re not Audiophile, but they’re also not going to be compared to my Grados by some skinny kid doing a funny dance! Winning. 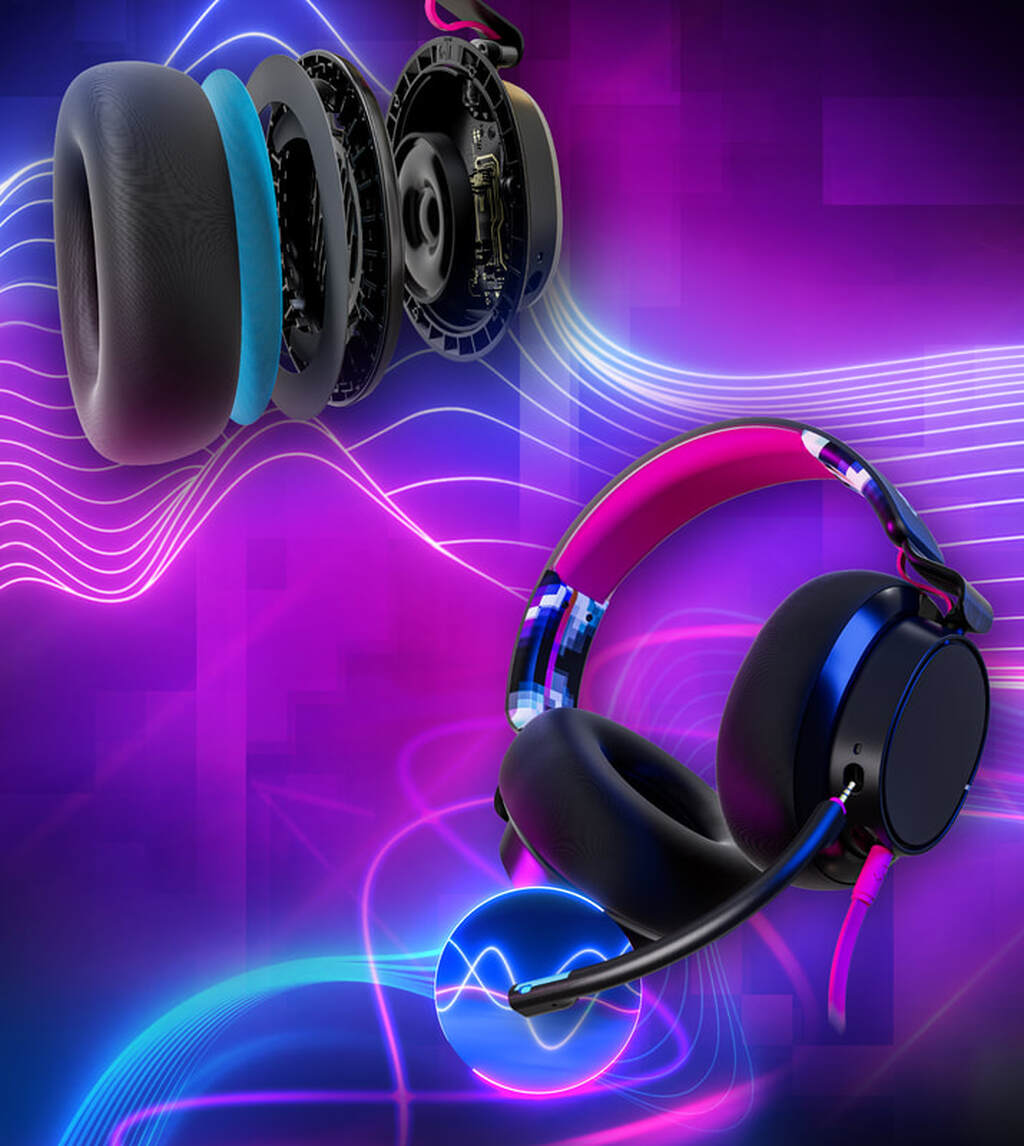 Again with the microphone, which by the way is removable so you can use the headphones purely as headphones with music or movies, or if you wanted to use an external mic and use the headphones standalone in gameplay. The microphone is perfectly acceptable for an on-headset mic. The voice sound by default is kinda basic (my 13yo told me to say that… I think it’s good, but.. basic) There are mics in both the boom and the headset, so (though we didn’t) you can run the headset without the boom if you like, kinda handy if you don’t want to look like a flight controller when playing your Xbox on the train? (I don’t know, I mean that’s kinda cool – maybe I’m just old!) From Skullcandy, they suggest that “Clear Voice Smart Mic uses Artificial Intelligence to isolate the speaker’s voice and cut out background noise” and while we didn’t have a whole barrage of background noise, as I’ve mentioned once or twice already – the vox were totally acceptable!

As mentioned, this headset if wired, and you have USB-C and 3.5mm headphone jack as options on that front, they have a decent frequency response (how long the bass goes and how high the highs go) of 20Hz up to 20kHz which is pretty standard and just fine for a gaming headset, and on the comfort front, they weigh in at 276gm which won’t have you booking in for a massage after some screen time. In terms of on-device functionality, you can mute and adjust your volume on the cabled side of the headset, you can also activate sidetone (Sidetone allows you to hear how you sound to others…handy if you’re worried you sound bad, err, or something?) …and you can also turn it off! You can also scroll preset EQs. 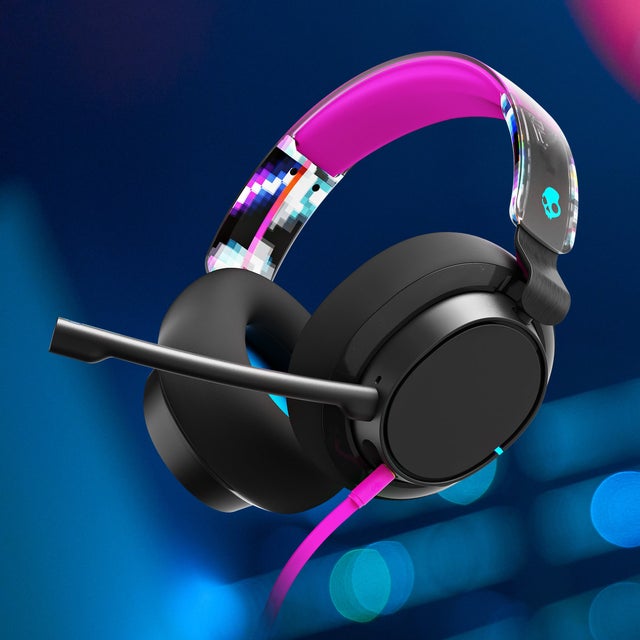 If you want to dive into ESP, EQ as well as your game to chat mix and Sidetone settings, you need to use the sinister sounding Skull-HQ app (it’s only compatible with the SLYR Pro and the bigger sister PLYR headsets) ESP is that enhanced sound perception, while EQ is your Equalizer, there are four preset modes, Supreme (pizza? Yes please) FPS, RPG and Music, but you can add one of your own, too. Kinda nice if you prefer your music a little more mellow and want to mix in more mids using the 10-band editor. I find this a great inclusion as I’m a little more geeky when it comes to sound, but the headset operates perfectly fine and I’d hazard sounds GREAT to 87.6 %* of the people who own and use it.

When all is said and done, this headset from Skullcandy is a very worthy option for your serious gamer, I’d say it’s unlikely to disappoint and as it’s built pretty tough, should withstand even the stropiest teen! I’d like to award the Skullcandy SLYR Pro a well deserved 8 out of 10.

*77.4% of statistics are made up on the spot, but I’m guessing it’s a high percentage! 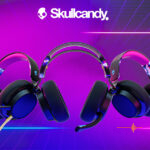 Skullcandy splashes down back into the gaming scene 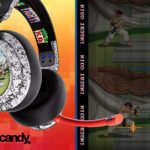 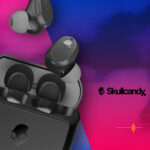