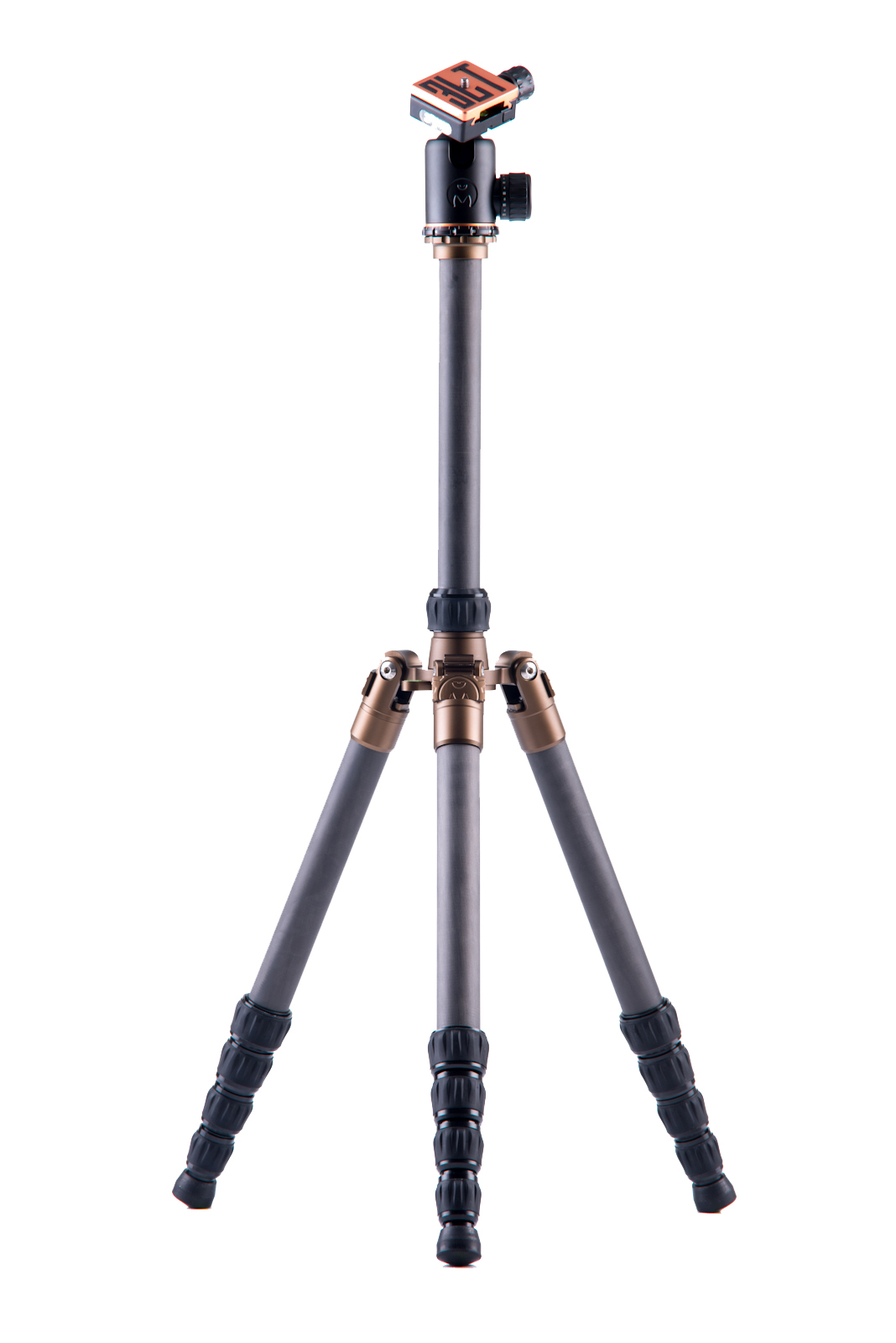 They came from Stagsden! This is the catch cry of 3 Legged Thing, an innovative company based out of a chicken shed on a mission to [tripod] world domination within 5 years (from January 2011). You would imagine how gutted I was when my Eddie was not presented to me by an alien mech or a representative yelling the company war cry brandishing it high over his head, it was a much more muted affair but over a good cup of coffee.

First Impressions
I have to admit that I have been eyeing off 3LT for a while. You see, I turned a bit of green eyed monster when two friends and fellow photographers scored the 3LT tripods in social media competitions last year. For a while I had a perfectly serviceable tripod that I bought well before I knew much about photography and absolutely nothing about choosing tripods. Whilst I had my old tripod I really did not have a justifiable reason to get a “new toy”, and yes I tried to get approval from the Treasurer but request was flatly denied.

In real life, the tripod is outstanding. Honestly, would you expect any less when it is named after Eddie Van Halen? Actually, all of the 3LT tripods are named after rock legends. Success breed success right? Anyway, I digress. The Eddie comes in a semi-rigid construction tripod bag by the name “Chicken Lips” that certainly help it stand out from the usual mass of dull black carry bags. It is padded to protect your investment – a carbon fiber tripod.

As for the tripod itself, the wow factor comes standard. Rising out of the carry case is a beast that is all black and copper in colour. The black part is carbon fiber – the legs are eight core Stealth Carbon Fiber™ legs and the columns are ten core. Whilst 3LT does not reveal how the carbon fiber is laid down but that is pretty hard core strength.

The moving parts on the shoulder is triple machined magnesium alloy. The distinctive anodised bronze finish makes it impossible to mistake it for anything but a 3LT tripod. My review unit comes with a black AirHed1 ballhead, but for those who want to stand out even more there is a stunning blue option available.

In Action
For something that folds up into a pretty small package, the Eddie can unfurl to a full height of 1530 mm via its 5 leg sections. The specifications states that the Eddie (without the head) can support up to 12 kg which will cater for most standard DSLR and lens combination. The AirHed1 itself can support up to 35 kg. The carbon fiber gives exceptional rigidity to the tripod whilst maintaining strength at a minimum weight penalty. The ten core center column is designed for greater rigidity compared to the legs to support the additional extension.

One leg of the Eddie has a zip off leg muff which provides a handy way to carry the tripod around when the carbon fiber is cold. Additionally it identifies the leg that can be detached from the rest of the tripod to use as a monopod. Yes! Your investment is actually two products in one.

Coming straight out of the case, the Eddie is stiff (no pun intended, maybe. ;)). It takes a bit of effort to transform the Eddie from its optimal storage position to a working state. On the bright side though I expect it to get better with use, and 3LT provides all the tools required to tighten/loosen the tripod as needed for personal preferences.

The friction locks have rubber grips for ease of use. 3LT says they have safety double break-points, but whatever that really means, it will not stop a moment of inattention for the center column to come down to squish the fleshy part of my finger after I unlocked the friction lock.

Personal injuries aside, the friction locks are a much quicker operation to work than the flip locks that I have been used to in my previous tripod. If you have a larger hand (unlike mine), you could actually unlock all the segments on one leg in one action. Changing from flip locks does take a little getting used to, early on I find myself having to tighten the locks after I put the camera on top. A round spirit level makes it easy to get the Eddie in position.

Speaking of putting the camera on top, the base plate is a very fetching copper with 3LT boldly blazoned on top in rubberised texture. The locking nut has a flip out handle to tighten the fitting without needing to root around for a coin. If you need a more secure connection, an allen key is provided as part of the deal.

A particularly awesome feature is the base plate and capture mechanism. It is secured to the tripod head via a screw on the side. For whatever reason, if the screw is not tightened all the way or not fully unlocked and the camera slides, a locking pin stops your camera from detaching from the tripod into a less than graceful trajectory to the ground.

The AirHed1 is a rock solid piece of kit sporting dedicated spirit levels for horizontal and vertical. It also sports angle markings for getting those panoramic shots just right.

The feet of the Eddie, or Bootz as they are called, can be unscrewed and replaced with Heelz. The heels are spikes designed to give more stability and grip on looser and gravelly surfaces, they are also recommended for carpet.

Most of the tripod can be stripped down for cleaning or maintenance. Particularly handy if you have been to the beach, pesky sand gets into everything. 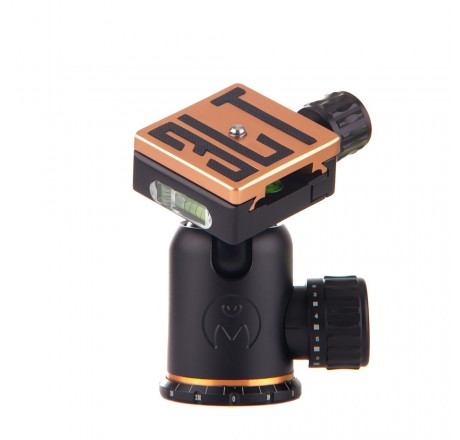 Other Features
The Eddie features a reversible center column, allowing the camera to be mounted upside down for when you really need to get low down to the ground. A minimum height of 125mm gets you pretty up close and personal for macro photos.

Under the center column in the normal mounting position is a spring loaded hook where you can hang your camera bag for extra stability. Alternatively if you need to seriously lower the center of gravity, there is the optional Budgie Smuglaz designed to carry ballast without compromising the functionality of the tripod.

Not so much a feature but it is nice to know the team behind 3LT has a sense of humour. The locking screws say “Lock” and “Rock” to indicate which direction to turn.

Gripes
In my use of the Eddie, there is only the one minor gripe that I have with it. For some reason I feel that I don’t get a good grip on the knobs on the AirHed1. I mean, they function perfectly well but I just don’t feel like I get a very good grip on the rubberised part when I use it. Maybe the bumps are a little too shallow …

I was given an advanced heads up that the provided allen keys will rattle in the case, so one of the first things I did was to rubber band them together. Problem solved.

Conclusions
Moving up from my trusty old tripod that I have been used for the better part of a decade to the 3 Legged Thing Eddie was like chalk and cheese. The carbon fiber and magnesium alloy construction provides a rock solid platform to mount a camera on. It handles the weight of my walkabout kit of Canon 5D3 and 24-105mm lens without blinking.

The 3 Legged Thing X2.1 Eddie Evolution 2 with AirHed2 is priced at AUD$659 with their Australian distributor Protog. Note the AirHed2 is an upgraded version of the one reviewed. The kit is not cheap if you look at it purely dollar figure, but considering an equivalent weight rating and specification in another brand would be significantly more and you certainly don’t get a monopod with it.