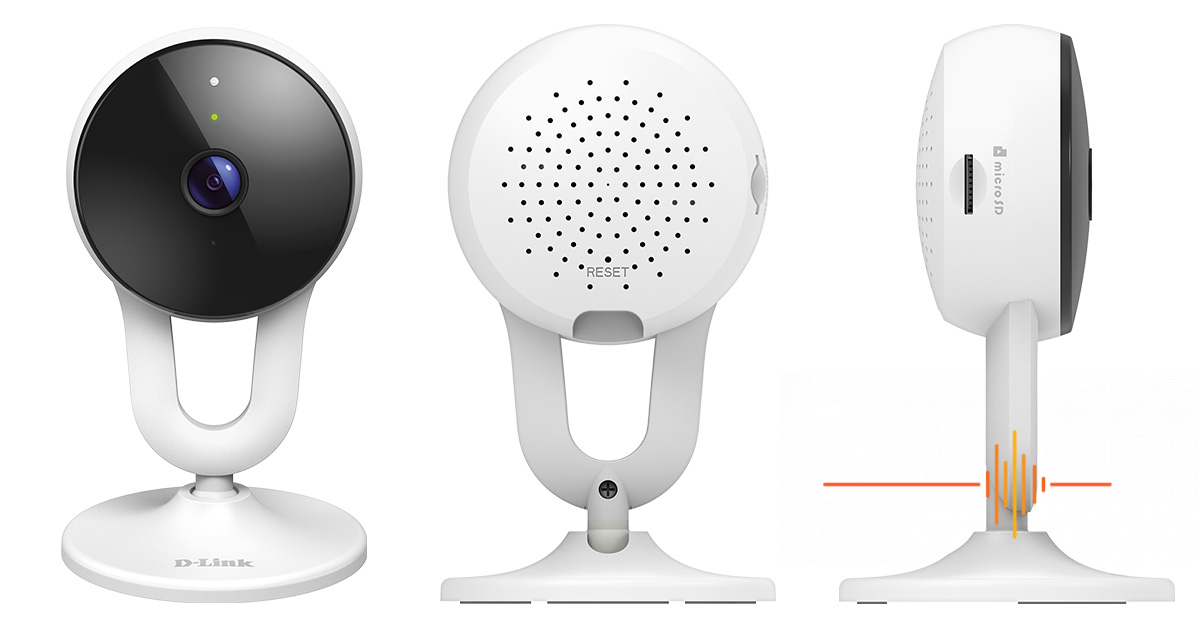 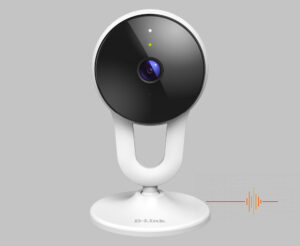 The D-Link DCS-8300LHV2 Wi-Fi security camera is a small package with some solid performance for the price point. Getting a chance to put one through its paces, my thoughts are below.

It was a regular morning. I was getting the kids ready for school when my phone blurted out its familiar DING! … a message from trusty old Australia Post letting me know I was getting a delivery that day. It was a new watch band, not expensive, but I’d told my 10yo that it was coming that day, and he asked me to leave it in the mailbox for him (steel mailbox, locked at all times) so that after school he could get it out himself.

Skip forward a few hours and the package arrived in the mailbox, so I left it there for him. He was super excited on the car ride home from school — he hadn’t been able to wear his little Garmin for weeks. We arrive home and someone has managed to use a stick to get the envelope out of my mailbox and steal it… He was crying and I wanted a word with the person that stole it! I dutifully circled the block and then called the police to report it.

They told me “No video footage? not much we can do!”

Ever since that day, I’ve been a big fan of home security cameras, and here we are!

First Impressions of the DCS-8300LHV2

My first impressions upon receiving the DCS-8300LHV2 were “It’s so tiny!” I must validate that by adding that my two current cameras are the more industrial, some might say “overkill”, behemoth 4K Hikvision turret cameras. My current two cameras I need a POE switch and a NAS to run (more on that later). The diminutive D-Link, however, comes packed in its neat little box with a USB cable / wall-plug power supply. It also comes with a hardware mounting kit (two plugs, two screws) that allow you to securely fix the base to a wall/ceiling or anywhere else you might need. In my case, I’ve fixed the camera into a wooden window frame. Despite its smaller size and lightweight, it feels good and sturdy, the pivot point of the camera with the base is solid feeling and not wobbly and “about to fall off” like a couple of other cameras I’ve had the displeasure of using previously. 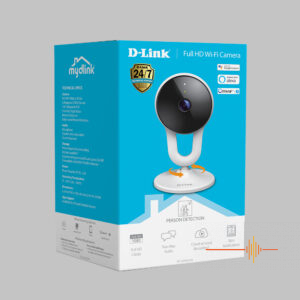 Setting the camera up with my existing wireless network literally took seconds! You turn it on after downloading the MyDLink app to your phone, connect via Bluetooth, and simply scan the QR code on the base of the camera. Just make sure you do this before you fix the base to the wall, if that’s what you’re going to do, as otherwise you’ll need to unscrew it, scan, then screw it back on. Don’t ask me how I know!

I tested the DCS-8300LHV2 for a few weeks now in two very different use-cases. Initially I installed it in my kitchen to monitor the kids stealing my passionfruit after school while I finished work in my office. The second location was in my window to monitor the comings and goings at my holiday house — not typically what you would typically use the D-Link for, but I thought it would be good to test the different scenarios!

The app on my iPhone and Apple watch worked well together. With my first use-case, notifications pinged to let me know when there was movement detected, typically with a one to two second delay over local wi-fi. In the second use-case, the notifications would be around two to three seconds before I get the notification. Of course this all depends on network congestion when you’re monitoring remotely, but it’s been pretty good so far! 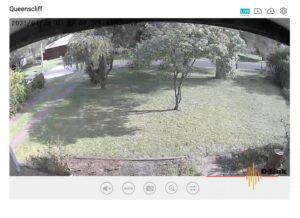 You can see above the 120 degree field of view (FOV) that allows you to monitor a whole room (Video above, the camera is placed in the corner of the room) or above, the camera mounted upside down, hanging from the window frame, the image inverted in the iPhone app, letting you see the whole picture in 1080p HD at 30 frames per second. 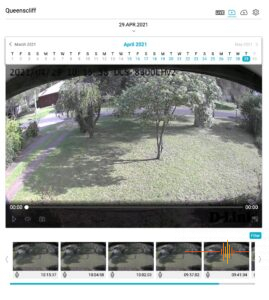 MicroSD vs Cloud: What works best?

I have used both MicroSD and Cloud to test how well both work. While I was very happy with the performance on my local network, things are a bit slower — obviously — over the internet. In a use-case where you may be away from home, using the D-Link app is also a bit slower.

I used a 128gb ProGrade Digital MicroSD card in my testing with zero issues, you will use slightly more card space should you choose to capture audio from the camera, the microphone isn’t something U2 might use for their next album, but it will adequately pickup what’s being said in a room, or even my neighbour yelling “Hello!” at me through the glass during our delay testing session! (Thanks, Suzy, you’re a champ!)

You can also talk back via the camera, which I tested by scaring my entire family!  This could be handy when you can’t get to the door! Like a convenient little intercom is how I like to use it. 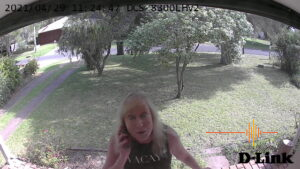 Some Short Points on the D-Link DCS-8300LHV2

Things I liked about the DCS-8300LHV2

Things I was less excited about with the DCS-8300LHV2

Overall, at the low price-point ($115 at Kogan right now) I don’t think I could expect anymore from the DCS-8300LHV2 Wifi Security Camera. To be honest am likely to get a couple more to see how the app handles multiple cameras. I award this little watchdog a possible 7 of 10 gold stars.