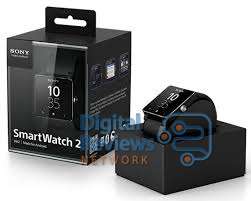 It’s been nearly 2 years since we took a good look at the Sony SmartWatch 2 which had just been released then. It is a bit surprising that this watch is still being offered for sale well after its successor has become available. So what made this one a stayer? Can it still compete in the marketplace?

So is the Sony SmartWatch 2 still worthy of your consideration?

It is actually quite common to find yesteryears mobile gadgets still attracting a buying public.

For instance, now that the Samsung Galaxy S6 has been announced, suddenly the S4 and S5 are in vogue again because many people cannot live without a removable battery, an SD card or waterproofing. Everything is related to price, of course, and every price has its own buying public.

The Sony SmartWatch 2 seems to be keeping its price relatively well at just under $200 but we have also seen it as cheap as $130 here in Australia.

Let’s have a very quick summary of the main features of the Sony SmartWatch 2.

On the Negative Side

Sony was one of the first firms to come out with smartwatches. The SW1 was a disaster but the SW2 was a great improvement. The SW3 is the best of the bunch looking at the specs and sells around the $300 mark (even more for the steel band version).

So yes, the SW2 is a bit dated but no one would know that…

It will not have all the features of the latest wearables but the core set of notifications and other basic functions is all there. 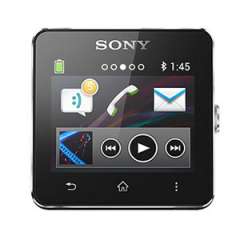 The Sony SmartWatch 2 is pretty reliable.

The one we reviewed nearly 2 years ago and which we passed on to a team member, is still going strong, with the only issue being that the crown has been knocked off in a careless moment.

Our extended use of the SW2 overall this time has only confirmed our initial findings.

If you have money to spend you have plenty of choice these days. But if you’re on a budget the Sony SmartWatch 2 is pretty good value.

Have a look at MobileZap for their current choice and prices.