TCL 10 Pro – A worthy consideration for the budget conscious 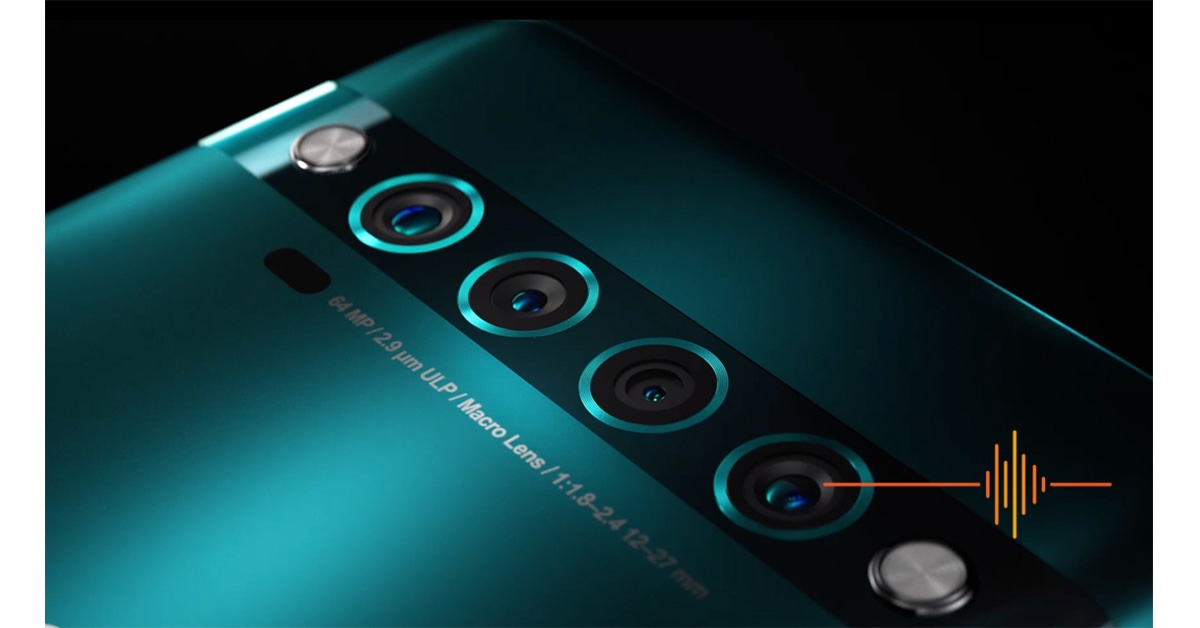 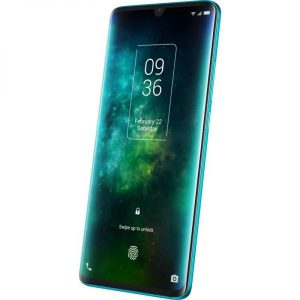 In this day and age we have become all but entirely reliant on our smart phones, but with pricing of the top flagship models only continuing to increase each year, do we continue to just pay more and more to get what is the next best thing? Given even a recent study has found that 9 out of 10 users feel that a brand new phone is a “waste” of money and with many handsets being priced comparably to laptops, this leaves a good opportunity in the market for devices like the TCL 10 Pro, that whilst being a phone more than suitable for what most users would require, comes with a much friendlier price tag. All without having to sacrifice having a good looking and capable phone.

First Impressions
The TCL 10 Pro is attractive, sleek, fits well in the hand, and has a luxurious feel. It has a solid metal housing with a matte glass finish. Whilst there isn’t a choice of colours in Australia, the TCL Pro 10’s body comes in a pleasing forest mist green, that most would find appealing.

In Use and Features

Setting up:
On start up, TCL’s set up wizard guides you through the installation process, step by step. It is an easy and intuitive set up, with straightforward migration if already an Android user. 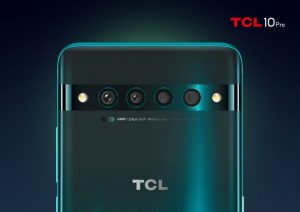 The TCL 10 Pro is visually pleasing with an impressive display that spans to every edge, giving you an enjoyable and uninterrupted view. An in-display fingerprint sensor provides accessibility and a smooth profile. TCL have long had a history with making screens, with their TVs, and it certainly shows in the TCL 10 Pro.
With edge lighting, it’s an attractive and easy way to see your notifications. You can, of course, turn the feature off to save battery, but you’re not likely to need to try to save battery, with the TCL 10 Pro.
The Adaptive Tone and Reading Mode auto-adjusts the phone’s display to suit any environment for easier viewing. Eye Comfort Mode significantly reduces harmful blue light so that it’s less likely to alter your sleep cycle and is softer on your eyes. I’ve since been back to using my usual phone and have found myself to be missing the display on the Pro 10 and did certainly find it more comfortable on my eyes.

The TCL 10 Pro has a dedicated display engine. With advanced, real time image processing, the colour, clarity and contrast is enhanced, no matter what the image source is.

I installed all of the main apps that I usually have on my phone, and never once noticed any lag when using any application. 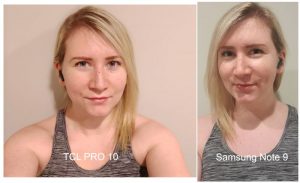 UI interface:
After using Samsung phones for my last few handsets, it was a pleasant change to use an interface that has greater customisability. I found TCL’s app grouping by category particularly useful, especially as you could alter what app appears under which category and make your own relevant categories (Games, Entertainment, Health and so on).
It is a pleasing variation of Android, that is simple to use, especially if already familiar with Android in general. I know, for example, when I set up some Oppo branded phones for others, I found them to take more time to familiarise with differences in menus, settings and even things like creating widgets wasn’t so intuitive.

As screens have gotten larger, phone processes more powerful, we’ve resigned ourselves to the fact that we’ve parted ways with having a phone that will last more than a work day of use, and even then, we often find ourselves having to reconnect to power. With the TCL 10 Pro, I consistently was getting more than 24 hour of typical use from it. Naturally, it’s still a good idea to charge your phone at night, but it was a welcome change to not have to worry that I was going to run out of power over the course of the day.

Headphone Jack:
The TCL 10 Pro has a headphone jack at the top of the phone, a welcome feature missing from many top end phones thesedays.

Transferring Files:
The laptop immediately recognised the phone and it was straightforward to access folders on the phone, from the computer. 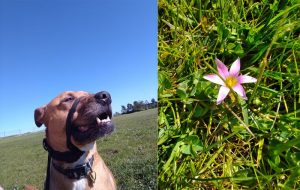 Particularly with the front camera, despite being 24MP, it seems to take what I’d consider to be fairly harsh photos. For someone that isn’t focused on taking selfies though, this wouldn’t be a deterrent. I did try to use the picture adjustments, but it just resulted in a photo that looked overly air-brushed and rather lost detail. More is covered in the next section, regarding my overall photo taking experience.

With its 2.9μm low-light camera, night footage was rather impressive, along with real-time zoom, subject tracking and stabilisation for shake-free footage. It was a vast improvement from other phones that I have tried to use at night.

Call Quality:
Call quality was consistent, and I didn’t have any issues with phone call quality when directly using the headset or speakerphone. All feedback that I received from those I spoke to was positive. I did, however, run into some issues with wi-fi calling that will be covered in more depth below.

Phone Accessories:
The TCL 10 Pro does come shipped with a phone protector cover, in the retail box. It is sleek, clear and doesn’t take away from the look of the phone and seems adequate for light to average use.

Bluetooth:
With having Bluetooth 5.0, you can connect to up to 4 Bluetooth speakers. It’s handy for when you’re playing music and you don’t already have speakers of the same brand that can integrate together. This feature would be particularly useful for a party, or even for a movie night, if casting from your phone. 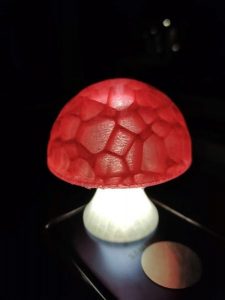 Wi-Fi Calling
I did find that the TCL 10 Pro did rather struggle with Wi-Fi calling, in as much as if there was any mobile network still detectable, but even if not strong enough for a quality call, it will still favour the mobile network. Naturally, unless in areas that have lower reception, than that won’t be an issue. Unfortunately for me, where I live and where I work have significant amounts of concrete, that greatly interferes with signal. I would imagine that this could be fixed by an update, if it did prove to be an issue for other users.

Camera:
For rather impressive specs, it was surprisingly hard to get a selfie that didn’t look rather harsh, albeit, it did seem to capture images with more details visible.

I did try to then use the refining filters, but they just made the photos looked poorly airbrushed. Naturally, for a user that doesn’t particularly snap photos of themselves, this is far less of an issue. The back cameras, also seemed to overprocess photos and add a bit too much saturation, whilst appearing to be overexposed, but at least given that would be a software feature, I would expect that it will get refined in future updates.

I’ve never considered the camera on my Samsung Galaxy Note 9 to be a standout, but I was surprised that between the two and being out spec’d, it still was easier to take reasonable looking photos with the Note 9.

Fingerprint scanner:
The on screen fingerprint scanner takes a lot longer to register fingerprints than any other onscreen or dedicated scanner that I’ve used on various brands of phones.
Update: Whilst I still had a review unit, TCL released a software update, that significantly increased the speed of the fingerprint reader. After that, it consistently unlocked without noticeable delay. It’s great to see a company that takes issues on board and resolves them.

Phone Accessories:
Whilst as mentioned, the TCL 10 Pro does come with a phone cover in the retail box, there doesn’t yet appear to be other accessories available for it.

Conclusions
For the value orientated consumer, the TCL 10 Pro is a great phone, all-in-all. You won’t be disappointed with the crispness or colour of its screen, its fast responsiveness and particularly its long-lasting battery life. It really was a welcome change to not have to worry about having a charger on hand, over the course of the day. I am also looking forward to see what else TCL will release in the phone sector, now that they’ve more recently ventured into this market.

The TCL Pro 10 is available from JB-HiFi for AUD$749. DRN would like to thank TCL for providing the review unit. 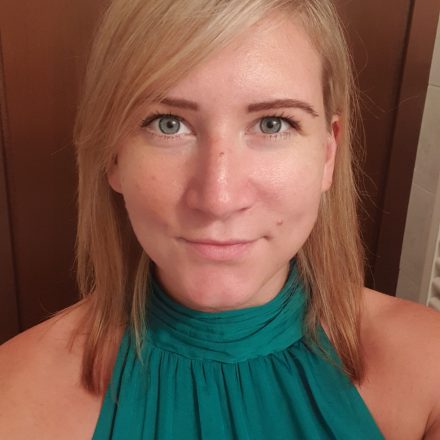