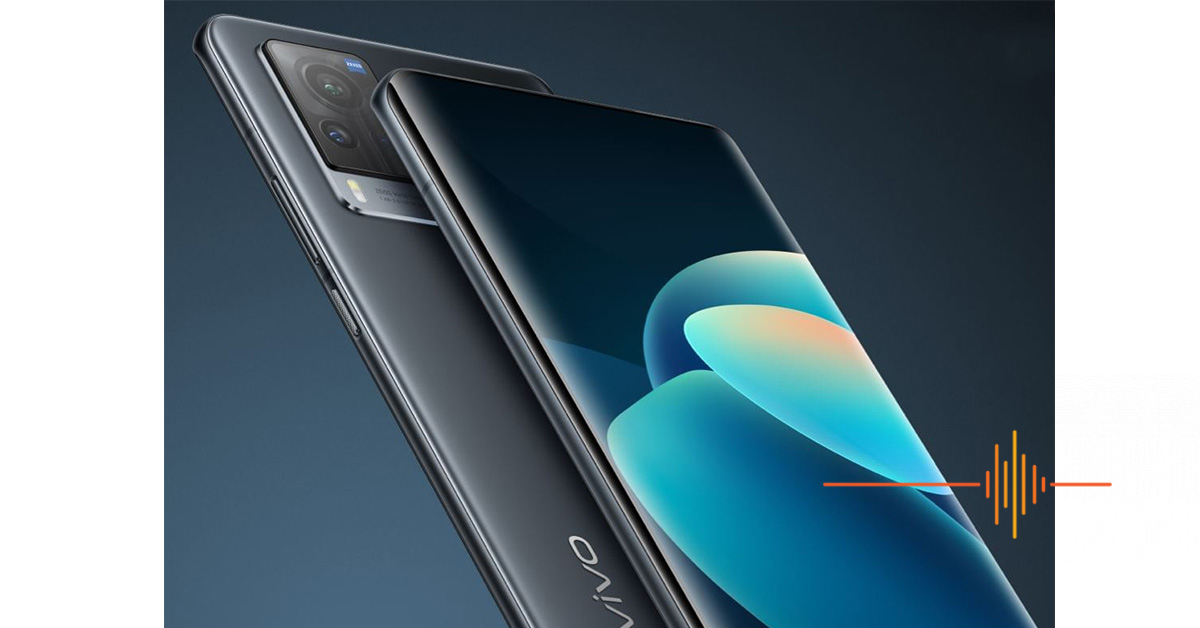 Let’s start with what will mostly likely be quite obvious as this review continues: I am not an Android phone user. Testing this phone was the first time I have spent more than 10 minutes playing around with an Android phone. So what did I think?

The main selling point of the Vivo X60 Pro is the camera system. And I must say, I am impressed.

Cameras, nothing but the cameras

Starting with the specs of the phone and the camera: Vivo have partnered with Zeiss on the cameras in the X60 Pro. For those who aren’t familiar with Zeiss, they are the bee’s knees when it comes to the photo world. They make some of the best lenses out there for a variety of cameras. 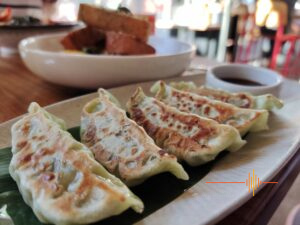 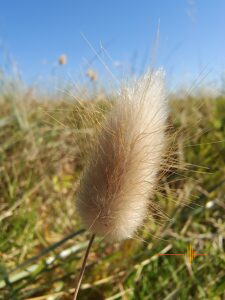 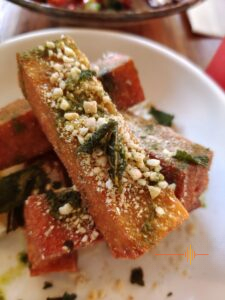 The main thing that they have done is work on the portrait style in the cameras. This is where you can take photos where your subject is in focus but your background is blurry (more commonly referred to as depth of field). In photography that blurry background is called bokeh. Different lenses will have a different look and feel to their bokeh and so Zeiss has helped Vivo make the bokeh on the X60 look like their bokeh, which gives the portrait photos a really nice look.

When an image has been taken in the portrait mode, it will have a little Aperture icon on its bottom right. When you then select the image, you tap on the word “bokeh” at the bottom. You will then see the interface at the centre of your image. You simply drag up and down to change the aperture of the image to make it more of less blurry.

My only gripe with this feature is that it doesn’t give you as good a preview when you’re taking the photo. You only really get to see what you can do with the photo once you’re editing it.

Whilst you’re in portrait mode in the camera, you’ll notice three buttons on the left-hand side of your screen. These are style, beauty and bokeh.

Style gives you a bunch of options in “looks”. This is kind of like adding filters. The three sub categories are style, filter and light effect. Some of theses are pretty useful and others can look a bit tacky. But I suppose this is a very subjective thing as what looks good to me may look tacky to someone else. Either way, they are fun to have a look through and see what you can do.

The beauty features are… interesting. There is a general slider that will smooth out the skin of any subjects in the frame. There are also three more options at the bottom of your preview in the camera. These are beauty, makeup, and pose.

Makeup is kinda fun in that it puts a makeup filter on your subjects. I don’t think it’s going to replace actual makeup, but it’s a good fun to play with.

When I first saw the pose feature I didn’t think much of it as I didn’t think I’d ever need or use it. But the more I thought about it. I actually think this could be quite useful. What this does is superimpose an outline of different poses you can strike for a model photo or a selfie. For those of use who are not professional photographers and aren’t used to posing people in our photos, this can actually be a handy template to give us ideas for different ways people can pose in our photos. So I changed my mind and think this feature is potentially very helpful.

The beauty feature is a bit complicated. It allows you do things like slim down your face, enlarge your eyes, slim your cheeks, reshape your nose and jaw and things like that.

For me, this was just a bit of fun to see how it would make me look. But I can see how this could be an issue for young impressionable kids or teens. For parents, I actually think this feature provides a good opportunity to have a conversation with your kids about how what we see in media is often distorted. If they are starting to have issues with their body image, this feature can show them that it may not be the best thing to compare themselves to what they see in media and online. Very often the people we think look amazing in photos, look quite different to real life because that’s not how they really look.

Sorry to get a bit deep like that on a phone review, but well, those are my thoughts on that. I am sure if there are comments on this article there will be some left about this. 🙂

Getting back to tech stuff. The main camera has a 48 megapixel count, which is pretty impressive and also has a built-in gimbal to stabilise the camera when taking images. This really stands out when shooting in low light situations.

I found the stabilisation worked pretty well in video too, but keep in mind it isn’t magic, so you still want hold the phone as steady as you can.

Video shot on the phone looks good. I do have two small gripes with the video on the phone however. The first is that there is no portrait mode for video, though I appreciate this isn’t an easy thing to do.

The other gripe is that the video capture is only in 8-bit and not in 10-bit. I won’t go into too much detail but 8-bit to 10-bit is not 2 bits more, it’s exponential. So having 10-bit capture means that the camera is capturing way more information in terms of colour and exposure when capturing video.

For most people, this isn’t a big deal because if you’ve shot some video in good lighting and you don’t think you’ll ever need or want to colour grade it then 8-bit if fine. But if you either have to shoot in less than optimal lighting setups or you want to manipulate the colour and exposure of your video in post, then having 10-bit capture gives you a ton more options. I understand that capturing 10-bit would have required a lot more oomph from the phone and for most people it’s not that necessary, but it would have been great to have.

Other than the main camera there is also a 13 megapixel wide angle camera and a zoom camera. Now even though these aren’t as good as the “main” camera, they are still pretty darn good. They allow you to take some lovely macro shots. 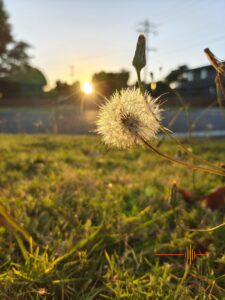 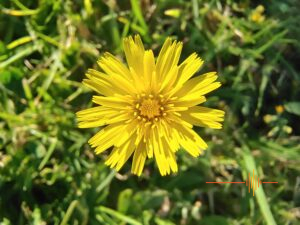 The portrait camera also features HDR, not just in normal situations but also in low light. What this does is it uses AI to try and have even exposure across your image, so nothing is too dark or too bright.

The phone around the camera

So that’s the camera covered, lets take a look at some other features of the phone.

Physically, I know this is subjective, but I think it’s a very nice looking phone. It’s ridiculously thin and very slick looking. I don’t know if this was only a review unit thing, but mine arrived with a transparent plastic case for the back of the phone. And whilst that does take away a bit from how nice it looks, I appreciate that without this, the back could get scratched up pretty darn quick.

I know this would have made the phone a lot thicker, but I would have loved to have seen wireless charging. Since I’ve had it on my phones for so long now, I did miss it a bit. Certainly not a deal breaker, but would have been a nice feature to have. 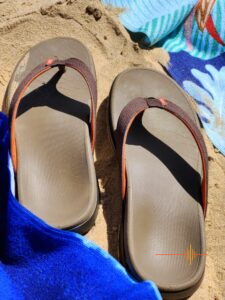 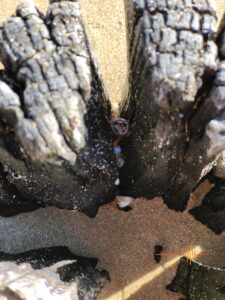 The screen is very bright and clear. It features HDR10+, not to be confused with the HDR function in the camera app as this is different. HDR10+ means that when you are watching videos the image brightness with adjust per scene to show you the best possible image. Videos will look bright and colours really pop.
I am often sceptical when manufactures say that their screens are HDR. As the actual specks on the X60 Pro are good. The screen brightness is 800nits, which for a phone is really good.

In terms of speed, I never felt the phone was slow in any way when using it. I played a few games to check this and they worked flawlessly. I also used FilmicPro to record some higher quality videos. These recorded fine and played back without any issues.

The screen has a 120Hz refresh rate which also helps things look snappy and movement is nice and smooth.

The battery on the phone is rated at two days. I found that with heavy use that was closer to a day and a half, but with light use I could get two days and even a bit more.

The Vivo X60 has a 5G cell chip, of course this is only useful if your plan and carrier support 5G.

The phone has 256 gig of internal storage. Whilst this is fine and would suite most people, I was a bit disappointed that there isn’t support for a memory card to expand the storage. Having never used an Android phone, this was one of the things I was looking forward to trying out.

It is running an OS called FunTouch OS, which is Android 11. With an upgrade to Android 12 expected to roll out via over the air update Q2 this year.

So, am I going to put my iPhone 13 Pro in a drawer and get a Vivo X60? No, I am way too deep in the Apple world, but if I was a regular Android user and was looking for one of the best camera experiences on a phone the Vivo X60 would be very high on my list of phones to look at. 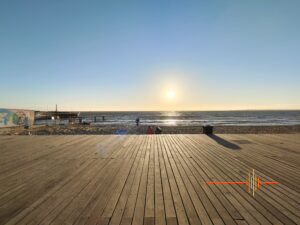 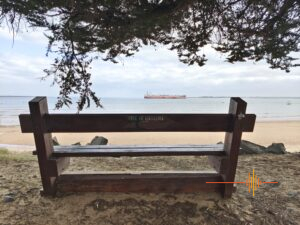 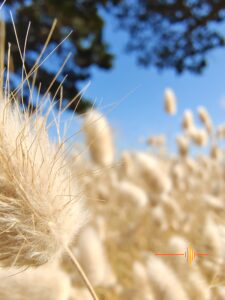 The Vivo X60 Pro is available from Harvey Norman, JB Hi-Fi, The Good Guys, Big W or Mobileciti with a RRP of $1099. There is a sale on at JB Hi-Fi bringing it down to $899. If quality of photos matter to you, the X60 Pro should be on your list of consideration. 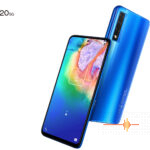 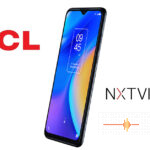 TCL 20 SE – Unremarkable but has juice 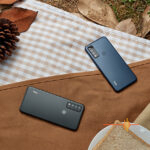 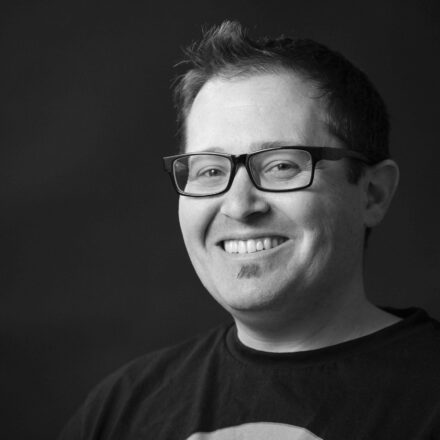