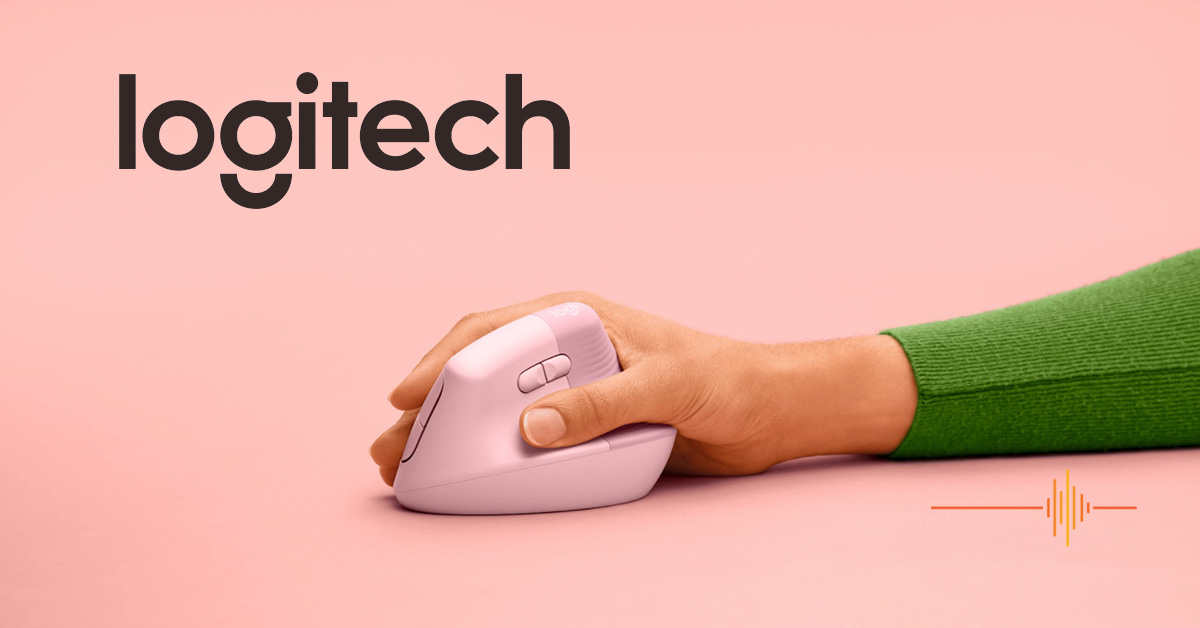 I have been using the MX Vertical since it’s launch in Q2 of 2019, despite some drawbacks it has been a constant in my workspace. When the Logitech Lift was launched I got pretty excited to see what innovations Logitech has brought along in the intervening three years.

With thanks to Logitech, I set out to see what the Lift is made of.

The Logitech Lift is quite a bit smaller than the MX Vertical. Upon putting my hands on it, I can immediately feel the difference in size – both in how my hand grips it and the footprint. Looking at the dimensions, they come in respectively at:

It is not an insignificant difference when put into practice. 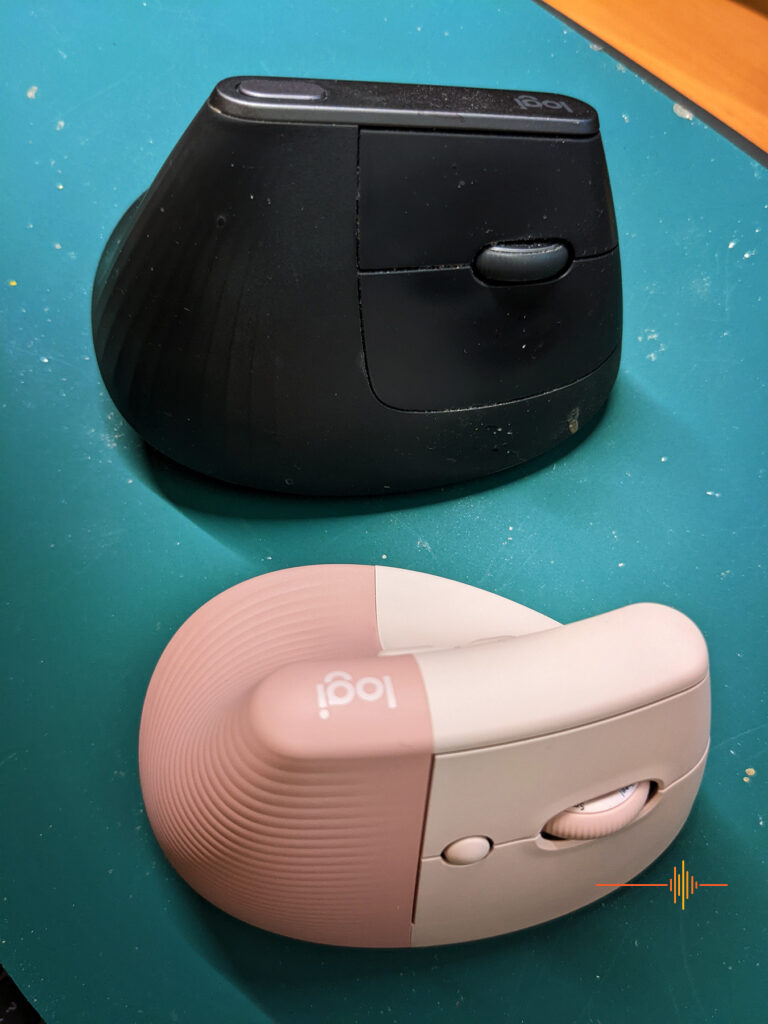 Whilst the years of use of the MX Vertical has made a vertical mouse second nature to me, transitioning to the Lift was not as difficult as I had feared. Most importantly, the angle of the mouse remained the same – at the “optimal” 57 degree angle. To be fair, I have seen quite a significant reduction in posture related issues since I started using the MX Vertical as my daily driver.

Our review unit came in Rose, a nice pastel colour in two tones which breaks up the tedium of your average workstation without being offensive. Notably Logitech has made efforts to use post-consumer recycled plastic parts, clocking in at 54% for this colour variant.

The layout has not change from the MX Vertical, with your standard left and right mouse buttons on the outside. Two buttons are controlled by the thumb. The scroll wheel is where the fore finger rests naturally which doubles as a button, and a new button sits just behind there.

There are a few more changes under the hood. The Logitech Lift now also uses the Bolt receiver rather than the the Unifying receiver, and also it now uses a single AA battery instead of rechargeable through the USB port.

Having the MX Keys with a Unifying receiver and the Lift on a Bolt receiver was always going to be an issue, and never the twain shall meet. Helpfully the USB receivers have clear marking to show which is which.

The second issue I ran into is that the existing Logi Options software does not support the Logitech Lift. I needed to download the Beta version (currently v0.92.6405) which of course, does not install if you have the release version installed already. It needed an uninstall of the existing version, reboot, then install the Beta version to get going.

Revisiting my gripes from the MX Vertical, the things that I noted back in April 2019 were:

I found that instead of my fingers lying flat with high touch across the entire mouse, with the Lift my fingers are slightly curled and in a relaxed position due to the smaller size. It is better or worse? Neither really. It works, either way my fingers are supported in use and all the buttons remain at my fingertips. It may be less comfortable for someone with larger hands than myself though. 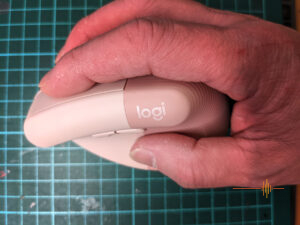 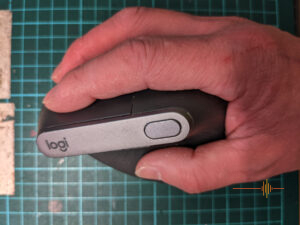 The buttons feedback is probably best described as “ninja”, the clicks are near silent without a whole lot of tactile feedback. If noisy clicks are the bane of your life (or your family or co-workers), then this one is a godsend.

As with everything Logi, functionality can be extended with software. I noted earlier that I needed the Options+ Beta version to work with the Lift.

Other than your primary left and right mouse buttons, the other four can all be customised with a long list of options. The Options+ also allow you to customise these buttons by application so if you have a particular productivity bent, then you absolutely cannot go without using Logi Options+.

In terms of tracking resolution, the Lift peaks at 4000 dpi which is well above most competitors in the productivity space. I don’t game but it is not going to satisfy your hardcore gamer nor is it the demographics for this mouse.

When productivity is concerned, the Lift supports Logitech Flow which allows you to work across different computers as well as drag files over.

The Logi Lift comes with the Bolt receiver, but if you want to go with BlueTooth directly, then the option is there.

This means the Lift can work with Windows, macOS, Linux, Chrome OS, iPadOS and Android operating systems via Bluetooth Low Energy and connect with up to three devices. I tried pairing it with my FireTV and it works just fine.

Switching between devices is via the button under the mouse.

It feels like Logitech fixed most of the previous issues but introduced a new one. I can’t help but feel that the non-rechargeable battery is a backwards step. Sure it is more convenient when charge runs low, but it is not a premium device move. Although that said, 24 months on a single AA is a hell of a gain on the 4 months in the MX Vertical.

I wish the scroll wheel can be free spinning like the MX Master 3, that was a feature that I really loved.

The Logitech Lift is definitely an evolution and upgrade of the MX Vertical. The only real caveat is that the reduction in size means it is not suited for larger hands.

The Logitech Lift Vertical Ergonomic Mouse comes in rose, off-white or graphite, and has a suggested retail price of AUD $129.95. It looks like at time of publishing, the graphite is available for a smidgen over $100 on Amazon which is great value.

Lift for Business in Graphite will also be available for purchase globally soon.

Optional software: Supported by Logi Options+ on macOS 10.15 or later and Windows 10, 11 or later 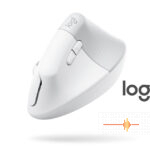