Belgium, the Movie – a Short Review 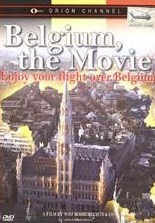 If there is one thing that fascinates me it’s flying low and slow and taking in the scenery below.

I am lucky that I can do that in the course of my work as an aerial photographer but there are plenty of places that I haven’t been to and love to see from an aerial perspective.

Belgium is not one of those places.  I have flown over this small country many times when living in Holland but it is one thing to just fly over it in the course of your work than to be able to sit back in your lounge chair, to relax and let the whole scenery unfold before you on a high-definition screen.  It is the same difference as cooking your own meal or going to a top-notch restaurant for a gourmet dinner.
Belgium, the Movie, subtitled Enjoy Your Flight over Belgium, is such a gastronomic delight, so to speak.  It portrays Belgium as few tourists (or Belgians!) will ever experience it: flying through Brussels, following the grand boulevards in your helicopter — not all that much higher than treetop level…

The same with getting a bird’s eye view of the battlefield at Waterloo or the many castles and abbeys that dot the rural landscape.  Belgium, despite being one of the smaller European countries, is incredibly varied and beautiful.  It’s not a cross between neighbouring Holland and France but has a character all its own.

Aerial specialist Wim Robberechts, whose firm has been providing aerial footage of Europe’s main outdoor events for many years, created a masterpiece by showcasing Belgium in all its beauty in high-definition.  Sure, he flew only on bright clear days and I know the reality of the weather in that part of Europe can be quite different, even when you’re on holiday.  But when the sun is out Belgium is a photographer’s dream! The documentary was filmed over some 8 months and shot entirely from helicopters, using HD Cineflex cameras. 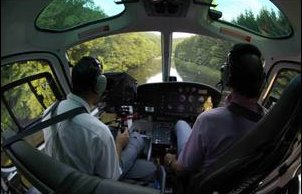 The music to this film is also a very well chosen to set the atmosphere and commentaries are available in English, Dutch and French.  The film is actually quite educational as it paints an historical and cultural perspective of the Belgians.  It would be ideal for Belgium, the Movie to be shown in tourist bureaus and any other venues where Belgium is to be promoted.  Not only that, it should also be on Belgian national television because we can get sometimes quite blasé about our own country.
If there is one gripe I have it is that Belgium, the Movie, being a 25 minute documentary, is not really movie length.  And that is actually a compliment, not a negative observation: I wanted the cinematic experience to last longer.  Again going back to the gastronomic analogy: a good meal lasts at least an hour and a half! So we watched it three times…

The good thing is that Wim and his professional team are already working on Holland, the Movie. See the trailer here: www.hollandthemovie.nl

And after that I will see if I can entice them to make a much longer documentary of my new homeland, Australia.  I will be happy to be his tour guide here and ensure that we get a full meal’s worth!

For a foretaste of Belgium, the Movie you can see the trailer with a short interview with Wim Robberechts on YouTube. This is very low definition but serves well as an appetiser:
http://www.youtube.com/watch?v=BUYqd3uBDyo

To buy Belgium, The Movie, check out  sites like www.mediadis.com or the DVDwinkel.nl where you can buy it for under 15 Euros. Makes a great gift but make sure you buy one for yourself as well!
You can also contact Wim and his team on www.robberechts.tv