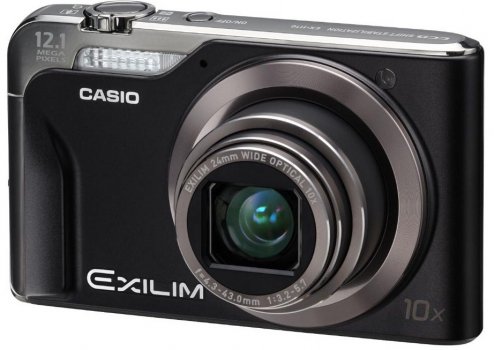 First Impressions
One of the most successful product ranges in the point and shoot category has to be the Casio Exilim.  We’ve done a few reviews in the past few years but it’s been a while since the last one, which we still use on occasion. But when they announced the EX — H10 some months ago we knew we had to get one in on our desk.  It seems perfect on all fronts: 12.1 megapixels, 10 x zoom, wide-angle and a long battery life.  And that’s just for starters, so let’s hop to it and give it a decent shake (no worries there: it also has an anti-shake feature!)

Before we get too deep into this first impressions review, let’s just summarise some final findings on the previous Casio, the EX-V7 which we reviewed last.  With 7.2 megapixels and 7 x zoom, it was quite decent for its time and what I particularly like about it is that the zoom is built in.  Just slide the lens cover away and you’re in business (after waiting the obligatory few seconds).  The unit is pretty slippery and prone to getting away from you when you least expect it!  This happened to me once and as a result when you start up now a message pops up: camera stabiliser is not available.  Having checked the forums it seems to be a common problem and a new ROM flash gets rid of the problem, but not the message.  In other words, the stabiliser is okay. So the first thing I looked for in the new unit was how slippery is it?  No surprises here: get some grip tape!  It will ruin the looks but it might protect the camera from dropping….  On the other hand, you can just use the wrist strap as a good alternative. Still can’t understand why the manufacturers don’t use some rubberised sides… 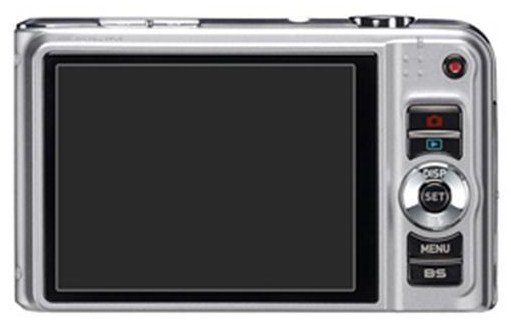 Talking about looks, it’s pretty predictable for this type of camera: pleasant and semi-professional in black and silver. So let’s talk about what you can see on the camera.  It has a conventional zoom which pops out very quickly when you press the Startup button.  Less than two seconds and you’re in business.  The zoom is controlled by the left/right toggle switch that surrounds the shutter button rather than the slider that you find on V7.  The toggle switch is more intuitive and at a more natural place to operate. Two mysterious buttons are also situated on top: the left one will switch to Vivid Landscape On. The other one is even more puzzling: it’s the Make up On button.  Since when is Casio interested in whether the subject has their make up on?  I might have to consult the manual on this one — speaking of which — this comes in 22 languages but is only a basic reference guide.  There is a user guide on the CD as well as a YouTube uploader and Photo Transport software.  All of this is only for a Windows machine.  The camera is supported by later versions of Mac OS only.

The rest of the buttons you will find on the back, next to the large 3.0 inch Super Clear LCD.  Here you will find another Startup button and, very handily, a separate button for movie mode.  All the other buttons are fairly standard. In the box you will find everything you need to get started, including cables and software.  No SD card is included as per usual but there is enough internal memory to do a bit of testing.  None of these cameras come with a basic pouch which really is the next purchase you need to make after buying a decent SD card.  I thought to use a spare pouch that I had housed the V7 in.  This camera is just a tad wider, higher and thicker.  Its weight seems the same but for exact specifications see below. 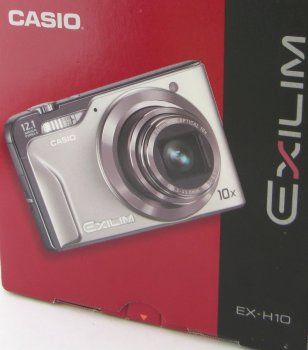 Charged and Ready
For me the biggest improvement has to be extremely long battery life.  You can go 1000 clicks before having to recharge which, in reality, means that you can leave your charger at home when you go on holidays.  Even if you do decide to take the charger along it’s no big deal compared to having to charge up the V7 which also needed a docking station.

Equally impressive is the extreme zoom range.  Just check out the photos below.  The first one is a wide angle shot (24 mm) and the next one is zoomed in 10 times.  You can travel this distance within two seconds which is pretty fast. 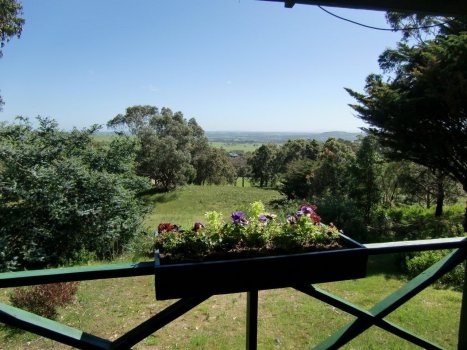 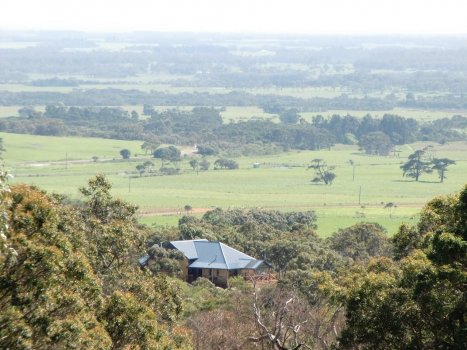 Obviously, since this review is only reflecting our first impressions of this very capable camera, we won’t go into detailed analysis of picture quality.  I find it more than adequate in all sorts of shooting scenarios.  I even took it with me on a short flight when I had to take some aerial imaging of a construction site.  It might come in handy when my big guns stuff up in the middle of a flight.  I have not had it happen yet but it is cheap insurance policy.  It certainly is now the most used camera around the house!  Talking about quality issues some more: on the one hand we strive for every better quality (better sensors and more megapixels) but on the other hand we seem to be quite happy with YouTube type quality as well as pictures produced by mobile phones…. So it is a bit of a nonissue to be pedantic about a bit of noise at high ISO settings, for instance. Sure, at low light the camera struggles with just 4 secs in Night mode and Video mode is severely crippled (10 mins max, no optical zooming, massive AVI files). But in normal daylight the camera has great colours, is fast and gets impressive close-ups.

This camera does everything it advertises so proudly on the camera body and does it well.  No, I have not taken 1000 shots yet to see if the battery will last that long as your mileage will vary anyway according to the use of flash or reviewing time, for instance.

Creativity
The H10 sports an in-camera Dynamic Photo feature that automatically crops out a subject from the background and then lets you superimpose it on other images or backgrounds of your choice. In other words it’s almost like a cheap “green screen” mode… Oh yeah, about that Make-up Button… if you want to be generous to your subjects, pressing this button will smooth their skin texture and soften the facial shadows caused by harsh sunlight. There are 12 different levels of correction. The result is a better looking portrait.  Similarly, the landscape button makes the colours more vivid and enhances the beauty of natural scenery.  Of course, you can also use the Best Shot mode to get better results in a particular shooting scenario. You’ve got 38 modes to choose from (!) but I wished they had also included #39: Aerial mode… Oh, well, just create it yourself!

The Movie mode is HD at 1280-by-720 AVI clips at 24 frames per second, but as I mentioned before, you don’t buy this camera for the movie capabilities. The dedicated Movie button ensures a quick way to start shooting.
The next level of creativity has to come from playing with one of the high speed cameras that Casio also brought out recently. We might enjoy getting our hands on one of these over time… 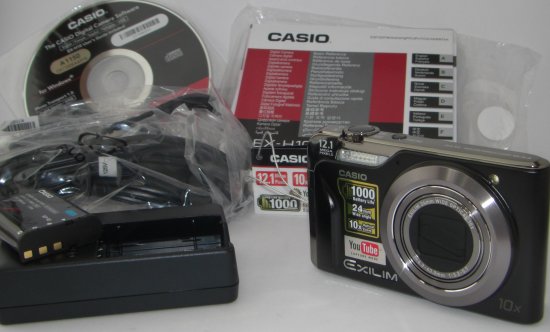 It is an interesting observation that quite a few people now have in essence three types of cameras: a DSLR for the heavy duty stuff, a cell phone camera that is always with them and in between these two extremes you have a point-and-shoot camera.  Often this is the camera of choice as it is still handy enough and small enough to have with you most of the time and with great capabilities.  Casio has done well to specialise in this segment and the ever expanding and improving Exilim range is testimony to the success.

It’s got lots of creative features (admittedly some of them rather aimed at the younger generation) but with outstanding battery and zoom capabilities as stand-out items, you have a very interesting proposition for the travelling public. Street prices are generally between USD250 and 300. Just don’t buy the pink edition…

With no particular faults found at this stage of testing based on our previous experiences with the Exilim range, were happy to award it a solid 8/10.  A simple thing such as rubberised sides to improve the grip would have notched up the rating…

The only real issue I have with most P&S cameras is that in bright sunshine the LCD screen is very hard to read. This one is the same. We will add to these impressions over time.