Well, it’s been a long time coming, this is supposed to be the best software available for games where you can play and learn to fly at the same time. With over 80 aircraft to choose from and 30 fly sites, grab your parachute and join me as we get right into a few learn to fly/combat missions where anything goes.

As this is reportedly as good as you get for simulated games, we will put it on our two high powered gaming computers and use both the 30” Dell monitors on 2560 x 1940 resolution in a multiplayer LAN shoot ‘em up. As an added bonus, we even have some “high end” actual Great Planes to test in the flesh and see if we are as good as the “Red Baron” after using the same planes in the G5 Simulator. 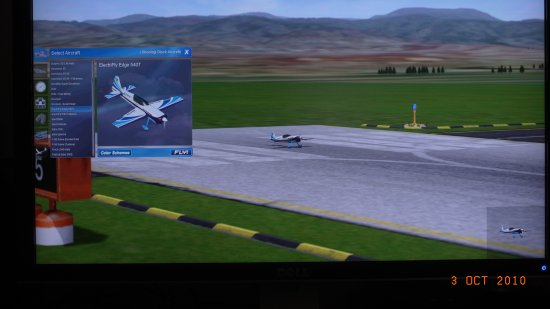 I’m certain with our two GeForce GTX 260s in SLI with Quad core I7 CPu’s etc etc in each PC, we will be able to run it all flat out, but below is some minimum and optimal details so you know how your own PC might play it. We note that some reviewers have shown photos of the window picture insert which does not give a true indication of what the screen will look like. It is far sharper on the insert than the actual full screen image (eg see on-screen side menu photo).

What about the Transmitter (Tx)?
The transmitter is a self contained unit manufactured by the well known Futaba Company. It requires no batteries, and has the Reset, Menu select and Cancel buttons on the face of the unit. Whilst we had two transmitters supplied, we were also given the link cables to enable us to connect our own Tx. The supplied Tx does have all of the necessary trim buttons to fine tune the controls of the aircraft. We must admit, however, that we would rather use the Tx that we are likely to fly the real plane on. This method of hook up does unfortunately result in an added Tx on your play area making things a bit cluttered, but if you can live with this then it all works OK.

What about G5 Upgrades?
Actual game run software upgrades are free and easy to arrange off the Great Planes Realflight Simulator site, but additional planes and fly sites are via Expansion Packs. They do seem to be relatively cheap at about $30 US.

The G5 Simulator Start Up
Along the top are several menus including Simulation, Aircraft, Controller, Multiplayer, Recordings, Training, View, Window and Help. Along the left side – a menu with Icons, shows you what’s available coming up as the mouse gets in the area. Selections available here are the Aircraft, Flying Fields and some additional Menus.
•    NavGuide – airspeed, altitude, heading and RPM. Current frame rate is also shown.
•    Radio – shows you the position of the sticks
•    Binocular – always shows you a close up of the airplane so you can stay orientated
•    Viewport – shows a specific view
•    Variometer – Similar to the NavGuide but for gliders. Shows rate of climb graphically and in numbers along with altitude in above sea level and above ground level. 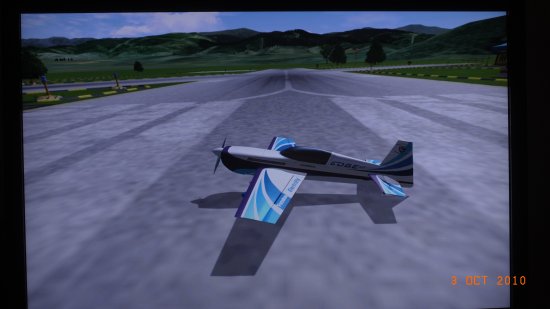 The screen shot taken here is a picture of the actual image on our screen. 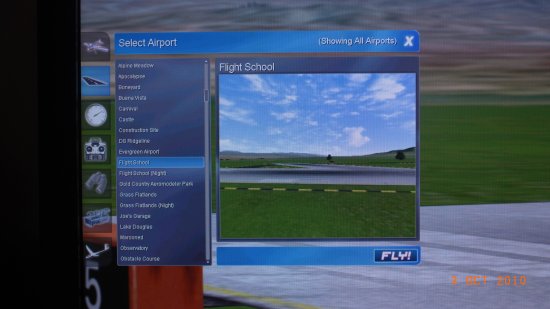 The screen shot taken here is a picture of the actual image on our screen.

Simulator Mode :
What we liked: 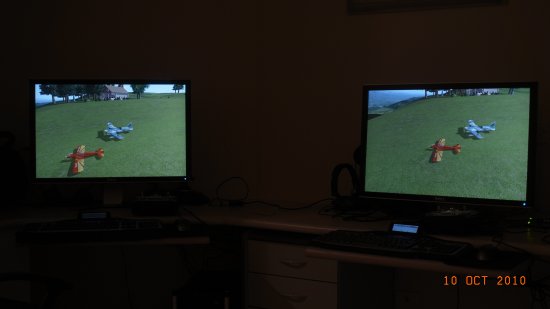 Gaming Mode:
Multiplay Internet & Lan
We have the latest version of RealFlight which has Multiplayer and Combat flying – including Streamer Cutting, Paintball, Rocket Launching and Machine Guns! It goes without saying that you should have a headset and microphone ready so that you can get the most out of this. Some of the planes are armed with rockets to shoot your opponents down. Whilst we didn’t load the expansion packs that are available, there did not seem to be a great number of combat planes with weapons available. So it may pay to check this out thoroughly before you invest all the money.
Graphics were quite good but the Software of G5 would not allow us to have the resolution at 2560 x 1940, the most we could achieve was 2560 x 1600.  With anti aliasing, we attempted 32 times but the computer kept crashing when we loaded Sod Farm. In fact, we had numerous problems with camera views also not being available in this landing site. We tried 8Q anti aliasing and that had problems as well so we opted for Open Field and that ran okay.
We note that the dash cockpit gauges don’t work, yet think it would be better if they did, rather than having the current “heads up” bar.

In some other planes, i.e. using a F86 Sabre, all the cockpit gauges were blurry so we figured that there are a few bugs within the Software still. Not surprising, as this is an extremely large package.
There are very good Zoom functions within this game and we had no linking problems in the Multiplayer whatsoever. 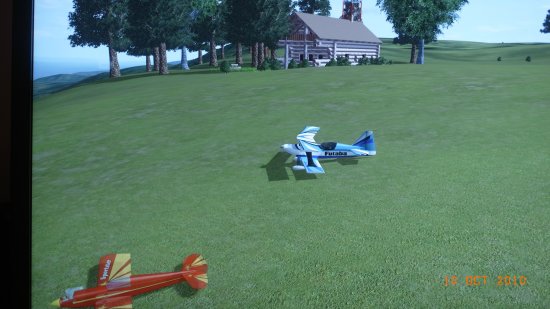 You have the option of joining an open session over the Internet or hosting your own session. Created sessions can be password protected, or you can leave them open so anyone can join in. There is also the opportunity to join in a multiplayer session via a LAN network.

So that you don’t get frustrated looking for your enemy, the G5 people have built in a targeting system that allows you to lock onto your opponents. The differing camera views are all there and where they were not applicable in the simulation mode, they are terrific for the multiplayer and add a huge bonus to the game value. 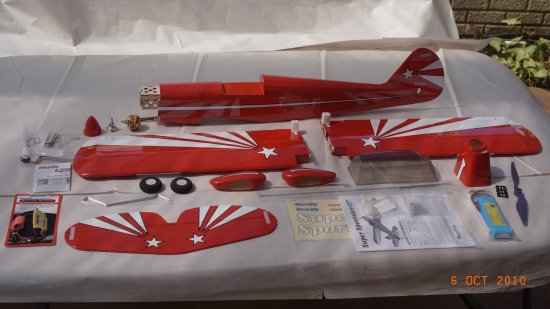 Made by Great Planes and what great planes they are, we were lucky enough to get two of this manufacturer’s top planes from the huge number they turn out to compliment the G5 Simulator and gaming package. George from www.hobbygear.com.au was kind enough to send the two planes, parts and the G5 Simulator to us. Note that he also has everything you need to finish any of the Great Planes off as well, motors, servos and all spare parts . Renown for the exceptionally high quality finish and build quality, we went for electric with all the build parts being supplied by Great Planes themselves. But in fact you can pretty much finish these planes off with any type of power system as Great Planes elect to provide anything you want, gas or electric, it’s just as simple as picking out the plane and then the recommendations by the manufacturer so that you get the optimum flight parameters. 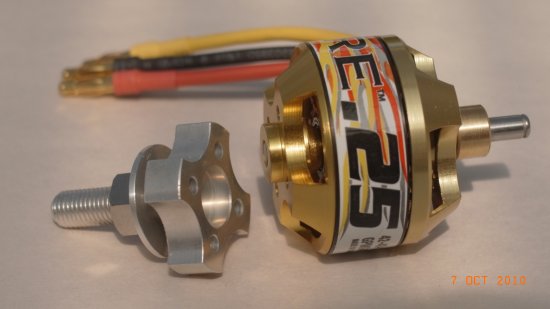 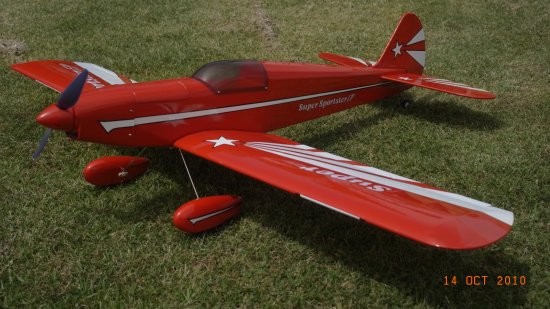 Super Sportster
Heralded as the BMW class of planes, the “roll out” of these two beauties did not disappoint.
Great Planes have just lifted the bar on quality. So much so, that whilst we will put these two planes in the Comparison Grid scheduled for release in early November, we are unable to let them officially compete because they are not of foam construction. We were absolutely staggered by the build quality of these Balsa planes and we expect the pictures to show just how good they are. Everything to do with these planes oozes extremely fine and precise workmanship. From the fiberglass cloth type hinges for elevator and rudder, to the precision strongly built Rimfire motor all supplied by Great Planes. I must confess that I was totally unaware that model planes could look so good. Whilst I expect it to fly as good as it looks, I no longer care and will just keep it as an ornament (just kidding). I will wait to fly it though, as it is too good to practice on and I will let my expert friend, George Tadd, put it through its paces and our testing regime. 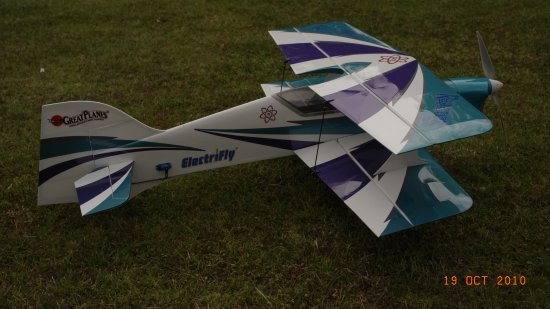 CONCLUSIONS
Simulator Conclusion
We don’t see the package as being the best simulator we have tried, but as a gaming/ training package and with some simulation thrown in, we think it’s certainly reasonable. The gaming side of it was not as big as we hoped and there is a danger that you may become bored after a short while, especially if you have been playing some of the recent intense plane games on PC.

We were a little concerned about a few “bugs” but the fact that they are constantly bringing out updates means that perhaps they are “beavering “ away trying to fix them. Look, it’s not Tom Clancy’s Haux, but we can speak from experience that just plain old simulation flying gets a bit boring, but throw in some “shoot ‘em ups” with ya mates and time passes incredibly quickly. Yet, because it’s operated by a control unit with the same configuration as the real Tx  (or link yours in) it still trains you even when you’re playing. At a retail cost of $289 AUD it’s your decision to make!

Great Planes Super Sportster and Reactor Bipe EP 3D Conclusion
I must admit I have stayed away from ARF balsa planes as the thought of hours of work with glue etc all over the place did not really do it for me but these two planes have changed all that. All the parts are available as recommendations from the Great Planes site and what makes it even easier is that the manual is excellent. Fully documented with step by step construction, all parts are of precise fitment and therefore require only a smear of glue at strategic places and at the end of it, WOW what a plane! First time I’ve had to say this but I’m sorry G5, but according to our expert George Tadd both of these planes fly better in real life than the Simulator by far. We wish to thank the other George from www.hobbygear.com.au for sending it all to us for the review, and well done Great Planes for fabricating absolutely excellent products, well worth the money!!!!!