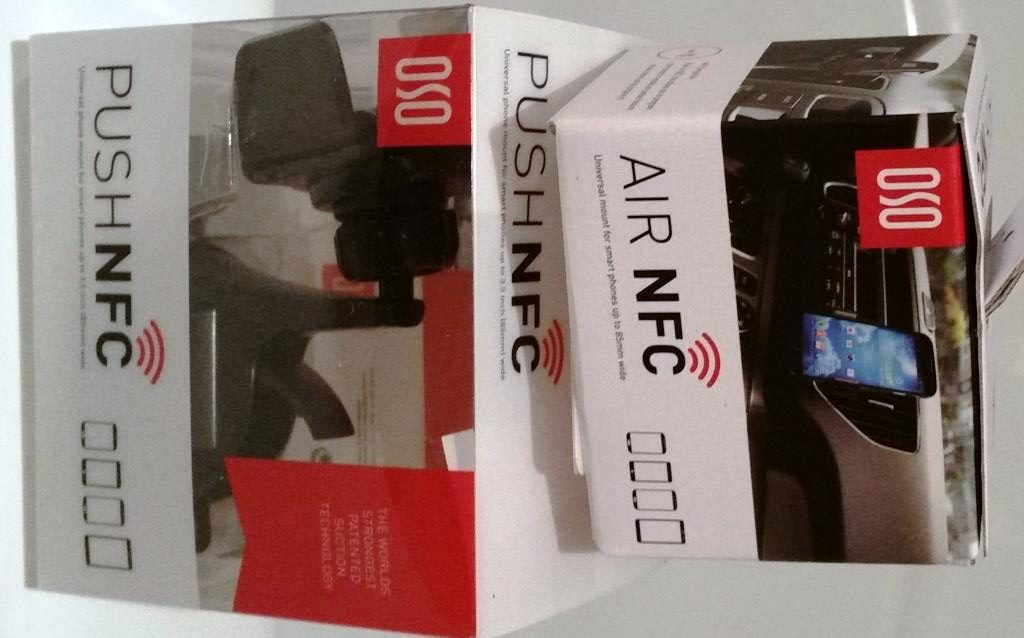 One of my favourite car mounts of late has been one with a sticky back onto which your phone can quickly be mounted. And just as quickly be taken off single-handedly, which is probably more important.

Why would I be interested in reviewing a couple of car mounts where you need two hands to dismount your phone? Only when it offers that something extra which most car mounts don’t have yet: an easy NFC connection.

Let’s look at two implementations of the same idea from Osomount: one is a mount you can put on a windscreen or the dash and the other one can be inserted in one of the ventilation slots.

Most of us are familiar with NFC, Near Field Communication, where most modern smartphones can change their behaviour through settings that are embedded in a writable tag that it comes into contact with.
For car mounts this would usually be the enabling of Bluetooth, the switching off of Wi-Fi, the launch of a navigation program and easy access to phone and messaging. It saves a lot of fiddling around if at a touch of a button all these things can be enabled.
If you have a smart phone like the Galaxy S5 that functionality is already built in when you have Bluetooth on which connects to your car stereo.

So strictly speaking I have no use for a NFC tag in a car mount. Furthermore, I had some issues writing to the tag with the software that Osomount recommends: NFCsmartQ. It might be free but it’s not very user-friendly. I also used NFC Tools which did a better job of writing but I still had a lot of trouble with my S5 to read the tag. UPDATE: They now recommend to use NFC Tools.
It’s the first time that I am fiddling around with NFC tags and whereas it should be rather simple it was more frustrating than it ought to be….

It might be handy for Osomount to include some detailed instructions (UPDATE: Now available here!) on how to go about writing tags because any frustrating experience will also reflect on the mounts itself. Both mounts are of high build quality and they even boast the strongest suction cup in the world! 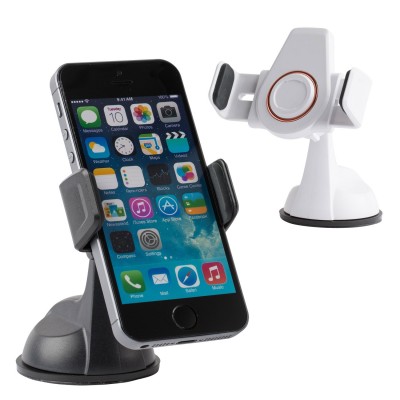 And another claim to fame for the Guinness book of records is apparently the world’s quickest phone mounting mechanism.
It is indeed quite easy to just put your phone onto the NFC tag and let the arms automatically grip your phone but releasing it needs a bit of a juggle with both hands. You press the button on top which releases the arms and the phone slides out. You might be able to do it single-handedly if you’re fast enough to grab the freefalling phone. It’s not quite as handy as my current phone mount with the sticky back.
My Galaxy S5 with the wireless charging back in the S View case was also not the best candidate for fitting as the case needs to be open because the grip is quite solid and you can’t open the case once it is locked in. 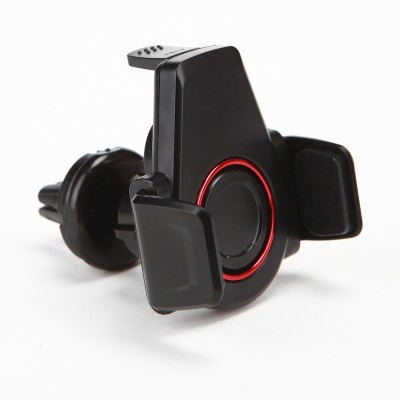 The mount that is supposed to go into the ventilation grid has two disadvantages over the suction cup one. First, the grip is not as solid as the suction cup and the weight of the mount and phone pulls down the vent. It also blocks what is probably the most important air-conditioning vent for the driver….

Conclusion
Despite some personal issues that I had with writing the NFC tags, the concept is a solid one but probably mainly for smartphones that don’t have a car mode. I could certainly recommend the mounts from OSO. They are good quality, look attractive and are useful, also because the orientation can be changed easily from landscape to portrait by simply rotating the phone.

The price is less than 25 British pounds which equates to roughly 45 bucks Australian.
Have a look at www.Osomount.com