PowerSkin: Doubling the Life of your Smartphone – Reviewed 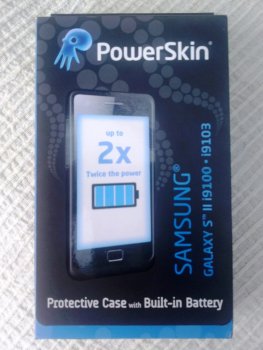 It’s a perennial problem, particularly with the high-power smartphones of today: they can do a lot but run out of grunt before the end of the day. It’s okay if you can top up your phone in the afternoon that often that is not the case.

We have reviewed several alternatives, like fuel tanks and the like but the most obvious solution is something like the PowerSkin. It’s a highly protective case with a built-in battery that in most situations will almost double the endurance of your phone.

Let me tell you why I like this case so much!

First and foremost in any case like the Case-Mate from Hola, which I have been using so far on my Samsung Galaxy S2, I’m looking for protection and a nonslip grip. I have been known to put grip tape on most of my phones in the last decade which doesn’t particularly enhance its looks. However, I have never really let one slip out of my hands so far….

The Case-Mate is a particularly sturdy case as well as good-looking. But I wanted more. More power, more endurance. The PowerSkin is a great looking silicon case with almost the same nonslip qualities as the Case-Mate. It’s a bit more flexible, not quite as sturdy as the hard plastic of the Case-Mate but tough enough. It claims to be lightweight and that is true of course if you didn’t have the battery! The reality is that an extra 1500 mA battery will put a bit of heft in your hand. Fortunately, the Galaxy S2 is not a very weighty affair on its own. But you will certainly feel the difference and that is something that you have to weigh up (literally!) It is an extra 77 grams, or in the old money: 2.72 oz. Surprisingly, the PowerSkin is slightly less wide than the Case-Mate, a couple of mils longer and perhaps 40% thicker. You can really see how much thickness is being put on if you look at the camera lens which is recessed by almost a centimetre. 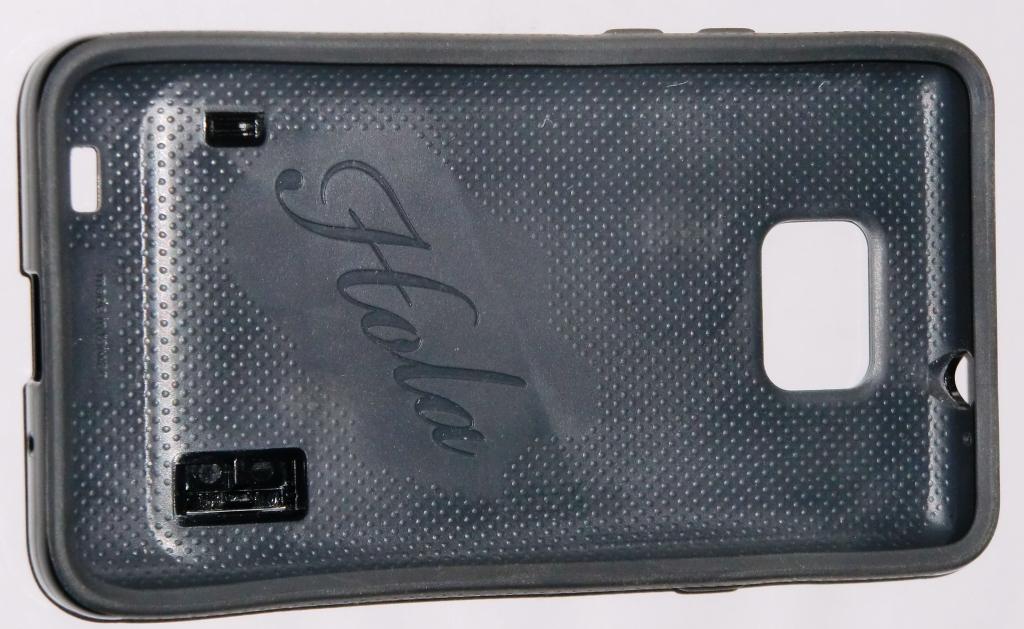 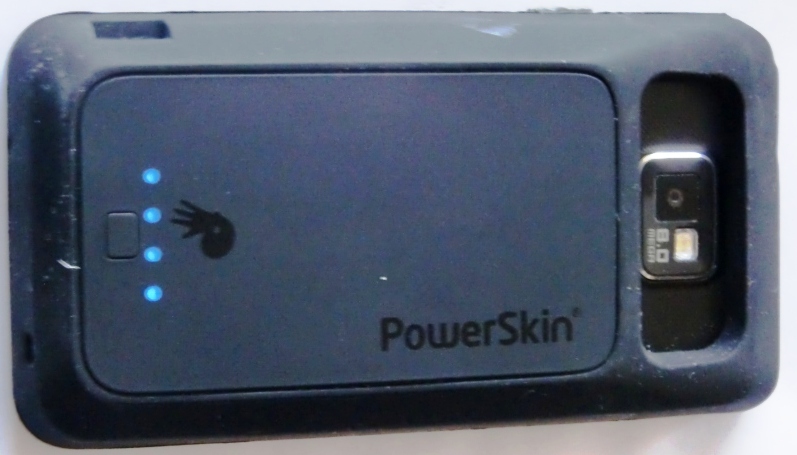 The PowerSkin slips on easier than the Case-Mate and you have to ensure that the charge prong at the bottom is properly inserted in the charge port. Straight away my phone started to charge from what little charge was left after having been shipped halfway across the world. A handy very short USB charge cable is included and you will notice that an unobtrusive blue LED will be pulsing away on the back. It’s a pity that the Samsung S2 doesn’t have its own charge or notification LED because I normally put the phone down with the screen up. There is a little leaflet with instructions and without reference to that I would not have known that a hardly noticeable button on the back serves as a power on/off button as well as a battery check with four LEDs.

The PowerSkin gives great protection but for some mysterious reason one little corner of the top right is uncovered. Seems like an oversight as there is nothing there that needs to be uncovered.

When you are charging up the PowerSkin the four LEDs on the back indicate the level of charge, both when charging and discharging. Nice touch is that it will charge the phone’s internal battery first as that is indeed the most important battery. Likewise, when discharging the PowerSkin donates all its juice to top off the internal battery so it’s good to see at the end of the day that your phone is still at 100%. My first run delivered 28 hours of runtime with light use. That is about double the normal time I get out of my Sammy.  Officially, the figures on the box say you’ll get up to 470 extra hours on STANDBY time and UP TO 417 mins of extra talk time. That’s quite a lot, about 7 extra hours of calls… Much depends on GPS, WiFi and your display settings of course but it is clear that with about double the battery capacity you should also be able to extract about twice the normal use out of your phone. Note: I rechecked those figures on the PowerSkin website and found that they did scale back the generous figures on the box to 250 standby hrs and 188 extra talktime minutes. In another place on the site they were listed as 260 minutes talktime and 100 hrs standby… Go figure! Yes, mileage will vary but I would at least like to see some consistency in the figures from the same source! 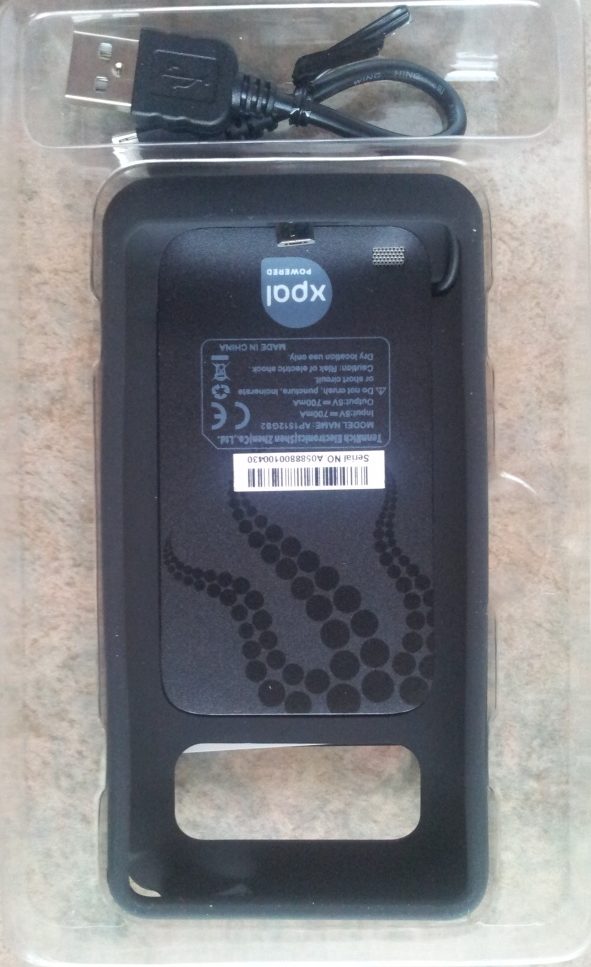 Conclusion
Yep, this one comes highly recommended! Protection, looks AND nearly double the endurance in a reasonably priced package, what’s not to like? The PowerSkin for the international model of the Samsung Galaxy S2 costs just shy of 50 British Pounds at our friends here: http://www.powerskin.co.uk. And they sell these cases also for iPhones, HTCs and Blackberry.