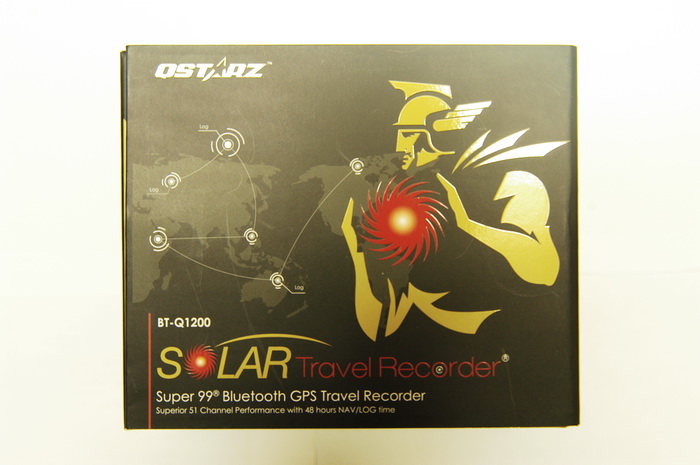 The Qstarz Super 99 Bluetooth Solar GPS Travel Recorder, or BT-Q1200 for short, is a Bluetooth GPS but with couple of important differences:

* it has built in solar power cells

* it is a stand alone travel recorder that can log up to 200,0000 records. You can use the provided software to geotag photos using the GPS tracks recorded by the unit

Through the generous help from QStarz International Co, we bring you a review of the QStarz BT-Q1200 Solar GPS Travel Recorder. 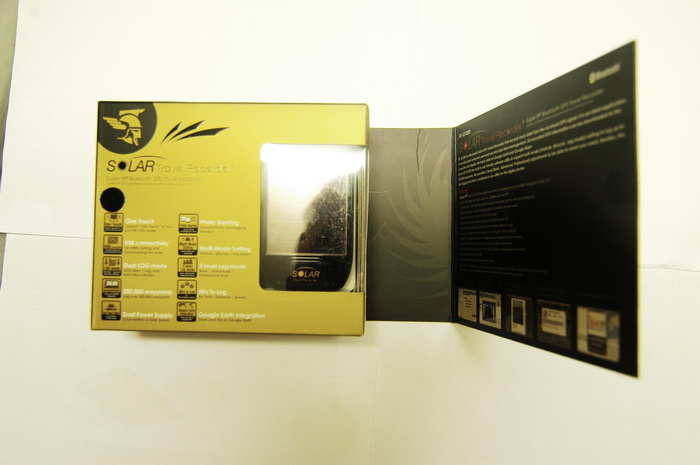 The BT-Q1200 comes in a tasteful matte black box with a Velcro panel opening up to displaying the unit in a clear plastic window.

It comes with a comprehensive range of accessories which includes: 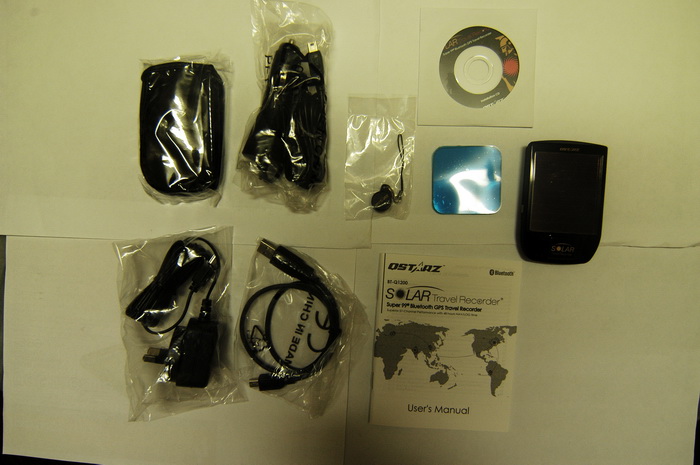 The BT-Q1200 is quite a light unit weighting in around 89g. With its solar panel, the BT-Q1200 wider than the usual GPS unit but is suitably slim. The unit is approximately 75% the area of a CD, its back has a slight angle and comes with a non slip surface. Personally I think the unit is ideally suited for car usage as it slim shape fits easily on a car dash board. The build quality is good. 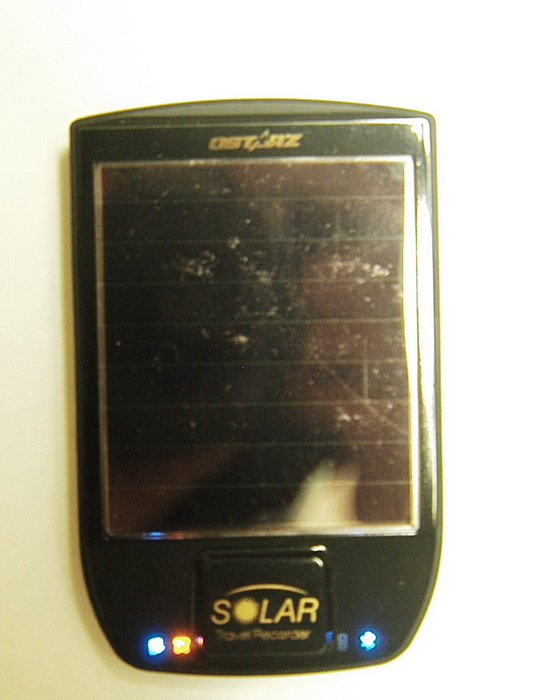 After putting in the battery and pressing the power switch for 2 seconds, the unit powered up and operated straight away. Getting a Bluetooth connection proved to be painless and within minutes I’ve managed to connect the BT-Q1200 to my Nokia 6210 and Loox 720 pda. The GPS satellite discovery also worked smoothly and managed to get a lock without much delay. In fact, the BT-Q1200 consistently proved to be faster in getting a position lock than my other GPS units – the TomTom One XL, my old Bluetooth GPS receiver and Navman (being slower than the TomTom). It also seemed better able to get position lock in difficult areas – it managed to get a lock in some notorously GPS unfriendly areas including Sydney CBD and my home in suburban Sydney . So far so good, big ticks for cold start position lock and strength of signal acquisition.

Setting up the GPS Tracking

Well this is where all the fun begins. After being quite impressed with the GPS performance, I was hopeful of a great experience with its tracking features.

Firstly, unlike other gadgets, using the BT-Q1200 does require reading the manual! Yes, a very odd requirement….well for gadget freaks that is.

To get the tracking feature to work, you’ll need to follow the instructions – install the drivers and Qstarz GPS Travel Recorder Utility software, connect the unit to a PC, boot up the software and choose the tracking mode from either logs for vehicle, bicycle or jog. The tracking feature wouldn’t work otherwise.

Log mode can be changed anytime but all data will be deleted each time a change is made. More detailed customisation of the recording parameters ( including interval and auto log method) can also be done via the utility software.  Once the tracking mode is chosen, enabling the tracking is just a simple matter of pressing the power button again after it switched on.

Switching it off is done by pressing the power button again. A blue icon on the BT-Q1200 blinks whenever the tracking mode is turned on – when the memory is full the orange GPS icon turns to a solid blue.  With memory for 200,000 points, there should be enough room for most people.

I’ve had the BT-Q1200 for a bit over a week and have been field testing it on some drives around the suburbs and lunch walks in Sydney CBD. The testing condition mainly happened (by luck) during good weather and in both my car and on foot. The main feature tested was its GPS locking abilities and the track logging.

Impression of my experience is as follows:

–         Downloading the tracking log was quick and simple using the provided Qstarz Travel Recorder PC Utility. With the software, the BT-Q1200 GPS tracks can be saved under a number of formats including CSV, Google Earth kml and nmea.

–         Battery time – I was rather impressed with its battery life, the unit continued functioning after leaving it on for more than at least 6 hours. According to the manual, the unit could work for 48hrs under optimum conditions. What’s not clear is whether the BT-Q1200 solar cell charges the unit when it’s not operating or is it only used for supplementary power when the battery is low.

–         The integration with Google Earth was basic but worked well. I had no problems uploading the tracking log onto Google Earth and the tracks proved to be quite accurate

–         the Photo Manager in the Travel Recorder PC Utility was quite fidgety to use. The photo manager had some problem recognising the time format. It got rather frustrating after awhile and I’ll report back when I get this working fully.

–         Some benefits of having a standalone travel recorder are lost as the tracking mode can only be changed using a PC, eg can’t change from tracking for vehicle to jog.

My overall impressions are:

–         The BT-Q1200 is a great GPS receiver. Its cold start GPS position lock and GPS signal acquisition proved to be consistently better than previous generation of GPS receivers. I’m guessing its probably at the top end of GPS receivers

–         Battery life is good and certainly better than usual

–         Build quality is good and the accessories provided is comprehensive

–         The photo manager in the Qstarz GPS Travel Recorder Utility needs some improvement – it was very fidgety with date format.

–         Geotag photos can be a brilliant tool for intrepid photo bug travellers. The BT-Q1200 could prove to be a more economical way to geotag photos without junking away trusty cameras for newer models.

In the end, I think the BT-Q1200 is certainly a good piece of GPS hardware. It’s well built and does great job in GPS tracking at the same time as providing standalone logging facilities. With more robust and less fidgety software the BT-Q1200 could be a brilliant piece of kit to use and own. Let’s hope further versions of the Qstarz software becomes easier to use.