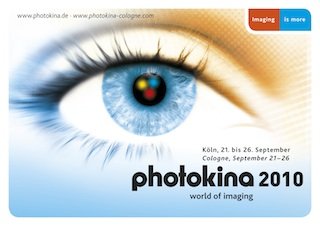 Well day 2 of Photokina wasn’t as crazy as day one for announcements, however there were still a few interesting things that made their premiere on day 2,

Lensbaby announced their Tilt-Transformer adaptor which allows Nikon mount lenses to be attached to Micro Four Thirds & Sony NEX (E-Mount) cameras – more info on that product to be found here.

Samyang has announced 2 new lenses, specifically their AE 14 mm f/2.8 ED AS IF UMC which allows Nikon users to benefit from having full lens information available (most Samyang lenses do not contain the electronics for that), Samyang also announced their new Videographer-centric lens in the form of the V-DSLR 8 mm F3.5 Aspherical IF MC Fish-eye CS which is essentially a Fish-eye format lens with a follow-focus gear already attached.

And last but not least, Datacolor announced their SpyderCheckr & SpyderCheckr Pro, which look rather similar to X-Rite’s ColorChecker Passport… but we hope to get our hands on one for review to find out who’s solution works the best!